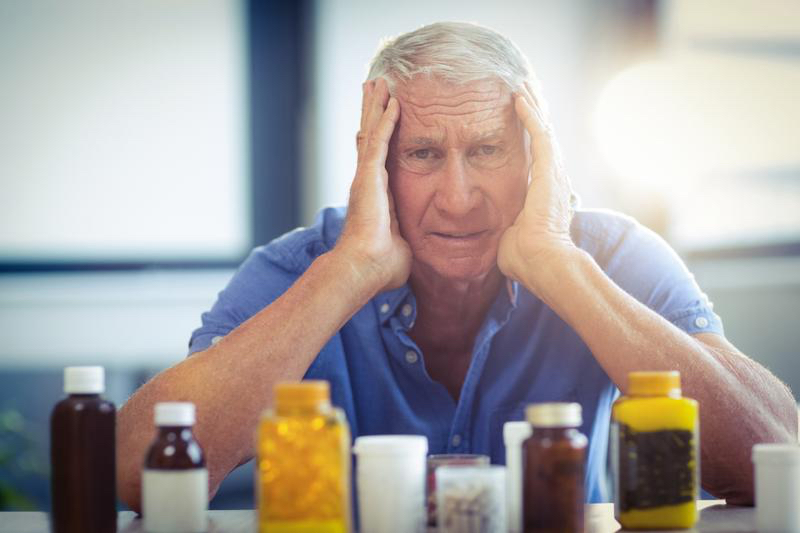 The Citizens Commission on Human Rights (CCHR) of Florida, a non-profit mental health watchdog dedicated to exposing human rights violations as well as protecting the elderly, applauds lawmakers for addressing the issue of Elder Abuse during the current legislative session in Tallahassee.
The overall mental health law in Florida, commonly referred to as the Baker Act, allows for the legalized involuntary examination of senior citizens. When a Baker Act occurs an elderly person can be sent against their will for an examination and the receiving facility is then legally allowed to hold the senior for up to 72 hours. According to the Annual Report on the Baker Act, released in March of 2017, there were 194,354 involuntary examinations in 2016 — more than doubling from 2001 — with 1 in 10 initiated on persons 65 years of age or older.
“CCHR is very concerned that the Baker Act is being abused. Seniors, especially those with dementia, are being taken from their homes or care facilities for psychiatric examinations when they don’t actually meet the criteria for a Baker Act in the first place,” said Diane Stein, President of CCHR Florida. “Seeing quite a few bills introduced this year with the intention of protecting the rights of elderly citizens shows that our lawmakers are concerned about this issue and want to make positive change.”
Over 13,800 of Florida’s elderly, including those with dementia, were sent for involuntary psychiatric examinations in 2016, forcing the stress of physical transport to Baker Act facilities on these seniors. It is well documented that transferring an elderly person, and specifically one suffering from dementia, puts them at risk for depression, anxiety, and similar behavior disturbances, which may then result in the senior being treated with unnecessary psychotropic drugs which come with many side effects.
Moreover, senior citizens who find themselves admitted for psychiatric evaluation are sometimes later informed that the criteria for Baker Acting was never met, that there was no evidence of mental illness, and instead it was found by clinical staff the senior simply needed rest, proper nutrition, or an adjustment to baseline medication.
Additionally, polypharmacy, which is the concurrent use of multiple medications, has doubled in the past decade among retirement-age Americans despite warnings from geriatric medical organizations. In fact, the number of office visits resulting in multiple pharmaceutical prescription has risen from 1.5 million in 2004 to 3.68 million in 2013 — more than a 50% increase — with rural areas showing the highest surge. Those diagnosed with dementia are even more susceptible to polypharmacy and specifically psychotropic drugging. According to the Office of the Inspector General, 304,983 elderly nursing home residents in the U.S. were given dangerous and often deadly antipsychotic drugs, 88% of which were prescribed off-label for dementia.
“Many retirement-age Americans are taking at least 3 psychiatric drugs but yet don’t have a mental health diagnosis on record,” said Stein. “It is our duty to protect our state’s elderly and many of the changes to the law being proposed this year will help ensure our seniors receive the care and help they deserve.”
For more information on the protection of elder rights under the mental health law, please call 727-442-8820 or visit www.cchrflorida.org.
Sources:
http://www.usf.edu/cbcs/baker-act/documents/annual_report.pdf
https://hernandosun.com/Baker_Act_A_Dementia_Dilemma_7_29_16
http://www.heu.org/sites/default/files/uploads/research_reports/HEU_Literature_Review_Sept23_2002.pdf
https://www.crisisprevention.com/Blog/November-2010/A-Real-Issue-for-Many-Individuals-With-Dementia
https://www.nytimes.com/2017/02/13/health/psychiatric-drugs-prescriptions.html?_r=1
https://www.cchrint.org/issues/protectelderly/
http://www.leg.state.fl.us/statutes/index.cfm?mode=View%20Statutes&SubMenu=1&App_mode=Display_Statute&Search_String=dementia&URL=0300-0399/0394/Sections/0394.467.html