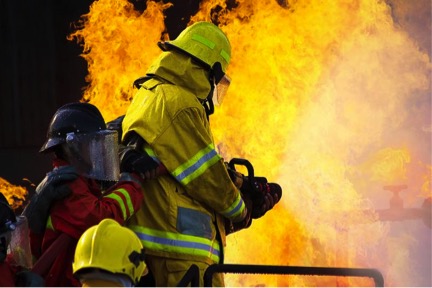 Current Florida statutes require that there be clear and convincing evidence of mental or nervous injury to determine benefits under the state’s workers’ compensation law for Florida’s first responders. However, recent bills calling for revisions to the standard for demonstrating these types of injuries has landed on the 2018 session agenda for Tallahassee legislators’ vote and these changes could potentially endanger first responders through the increased prescription of psychiatric drugs.
If passed, these bills would remove the requirement that a physical injury accompany a mental or nervous injury in order to determine benefits for Florida’s law enforcement officers, firefighters, emergency medical technicians, and paramedics. Supporters of the change cite the number of firefighters who commit suicide each year as the reason the change needs to be made, while opponents state that the cost to taxpayers is prohibitive.
While everyone agrees that first responders need help, easier state-funded access to psychiatric services will most likely simply result in higher prescription rates and, unfortunately, more prescription drug-related deaths. According to the most recent Medical Examiners Report published in November 2017, prescription drugs, including psychiatric drugs, continued to be found more often than illicit drugs, both as the cause of death and present at death, accounting for 61% of all drug occurrences in the report. The drug that caused the most deaths was cocaine followed closely by benzodiazepines, which are a class of psychiatric drugs used to treat depression and anxiety . Benzodiazepines have been linked to confusion, irritability, aggression, and suicide.
“Although the intention of these bills may seem noble at first glance, greater access to taxpayer-funded psychiatric services through workers’ compensation is not the answer,” stated
Diane Stein, President of the Florida Chapter of the Citizens Commission on Human Rights.
“Instead, our first responders deserve better — they deserve real help and easier access to successful alternative treatments.”
Sources:
1. Florida Department of Law Enforcement “Drugs Identified in Deceased Persons by Florida Medical Examiners” https://www.fdle.state.fl.us/MEC/Publications-and-Forms/Documents/Drugs-in-Deceased-Persons/2016-Annual-Drug-Report.aspx Published November 2017. Accessed January 7, 2018.
2. Famakinwa, J. “Florida bill to expand PTSD benefits for first responders criticized.” http://www.businessinsurance.com/article/20171213/NEWS08/912317899/Florida-bill-to-expand-PTSD-benefits-for-first-responders-criticized. Published December 13, 2017. Accessed January 6, 2018.
3. Fennell, L. “Mother Says ‘I believe antidepressants drove my son to kill.’” https://www.cchrint.org/2015/05/15/mother-says-i-believe-antidepressants-drove-my-son-to-kill/. Published May 14, 2015. Accessed January 6, 2018.
4. Perry, S. “From Psychobabble to Biobabble: How drug money has come to dominate psychiatry.” https://www.cchrint.org/2010/04/15/from-psychobabble-to-biobabble-how-drug-money-has-come-to-dominate-psychiatry/. Published April 15, 2010. Accessed January 6, 2018