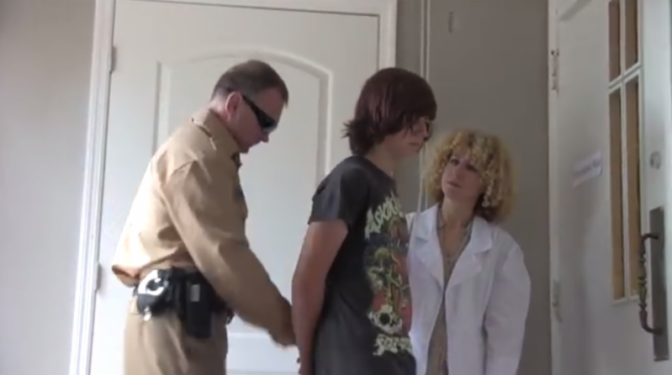 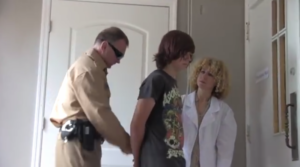 The Florida chapter of the Citizens Commission on Human Rights (CCHR), a non-profit dedicated to the eradication of abuses committed under the guise of mental health, is once again demanding an investigation into the involuntary psychiatric examinations of children under the Baker Act following the story of a 6-year-old child being held for three days despite his parents repeated requests to have him released into their care. [i]
The December 30th BuzzFeed article tells the story of a 6-year-old child whose parents said the boy had merely thrown a tantrum but who ended up in a hospital owned by America’s largest psychiatric chain, Universal Health Services (UHS). According to the article, the child was held for three days and the UHS facility, River Point Behavioral Health, filed a court petition to keep the child longer. While in the hospital, the boy suffered a bloody nose and was locked in a seclusion room in the middle of the night.[ii]
Following the release of this story, CCHR, a mental health watchdog that has documented numerous instances of unjust Baker Acting of children in Florida and has fielded many more calls from parents who are too afraid to document their child’s traumatic experiences, announced that they are once again calling for an investigation into the involuntary psychiatric examinations of children under the Baker Act.
“We have filed hundreds of complaints asking for an investigation into the abusive involuntary psychiatric examinations of children under the Baker Act and to date no effective action has been taken,” stated Diane Stein, President CCHR Florida. “How many more families must suffer and how many more children must be put through this gross violation of human rights before this law is changed and parental rights are restored?”
According to the 2015 Annual Report of Baker Act Data prepared for the Agency for Health Care Administration there were 193,410 involuntary examinations initiated in calendar year 2015. An astounding 32,882 were initiated on minors and in Florida; a child may be removed from school grounds and sent for involuntary examination without parental consent or knowledge.[iii] The total number of minors evaluated in Florida under the Baker Act increased by 50 percent from fiscal year 2010 to 2015.[iv]
CCHR Florida is asking for anyone whose child has been unjustly sent for involuntary psychiatric examination without their consent or approval to please write CCHR with full particulars and with any documentary evidence. This information can mailed to CCHR or sent online using this link – Report Psychiatric Abuse. Families interested in learning more about how to protect their children are encouraged to visit the CCHR center at 109 N. Fort Harrison or visit the CCHR website using this link, Non-Consent Form, to download a form they can fill out and file with their children’s school. This form uses existing state law to help protect parental rights.
About CCHR:
Initially established by the Church of Scientology and renowned psychiatrist Dr. Thomas Szasz in 1969, CCHR’s mission is to eradicate abuses committed under the guise of mental health and enact patient and consumer protections.
It was L. Ron Hubbard, the founder of Scientology, who brought the terror of psychiatric imprisonment to the notice of the world. In March 1969, he said, “Thousands and thousands are seized without process of law, every week, over the ‘free world’ tortured, castrated, killed. All in the name of ‘mental health.’” For more information visit, www.cchrflorida.org
Sources:
[i] https://www.buzzfeed.com/rosalindadams/how-a-6-year-old-got-locked-on-a-psych-ward#.vmmEZ6xaw
[ii] https://www.buzzfeed.com/rosalindadams/how-a-6-year-old-got-locked-on-a-psych-ward#.vmmEZ6xaw
[iii] http://www.tampabay.com/news/publicsafety/numbers-show-surge-in-baker-act-exams-of-kids-in-tampa-bay-area/2306799
[iv] http://www.tampabay.com/news/publicsafety/numbers-show-surge-in-baker-act-exams-of-kids-in-tampa-bay-area/2306799