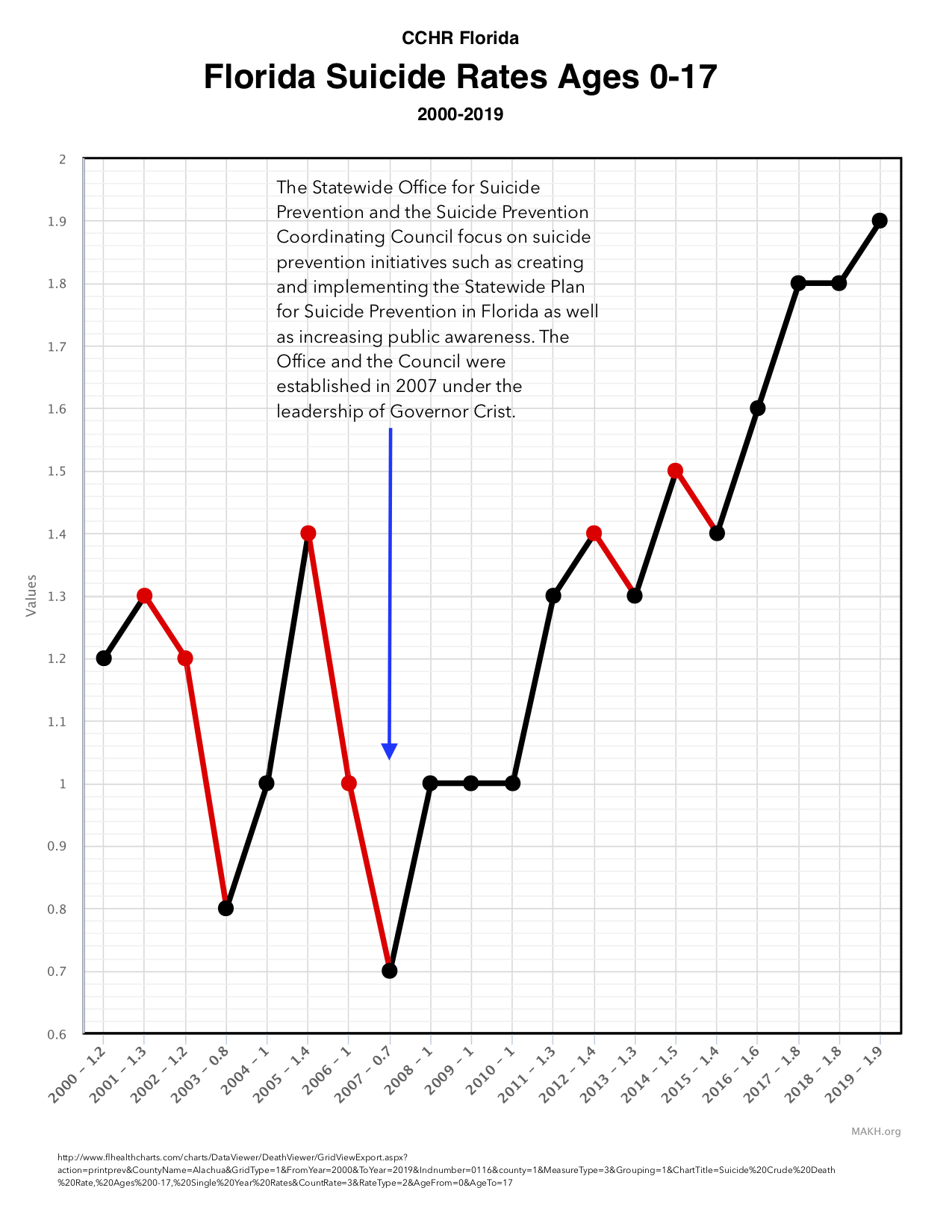 Spending in the mental health market has increased by 52.1% since 2009 yet U.S. suicide rates hit a 50-year historical high.

In 2018, there were an estimated 1.4 million suicide attempts and more than 48,000 deaths by suicide, making it the tenth leading cause of death in the United States. Recent world events have placed a tremendous amount of attention on mental health and suicide yet the ability to determine who may hurt themselves or others is basically as reliable as a coin toss. [1,2]

Suicide is a problem, perhaps even an epidemic. A search for information on suicide and how to prevent it results in countless articles and news stories detailing how to predict and prevent suicide. Whether it is through telehealth, phone apps, school education programs or any of the other numerous methods of educating the public at large or helping those in crisis, one thing is clear, suicide and whether or not a person is dangerous cannot be predicted. But what do the experts have to say about the effectiveness of predicting who may or may not be actually suicidal?

“Our analyses showed that science could only predict future suicidal thoughts and behaviors about as well as random guessing,” said Joseph Franklin, PhD, of Harvard University. [3]

“Franklin and his colleagues conducted a meta-analysis of 365 studies conducted over the last 50 years looking at risk factors (e.g., depression, previous suicide attempts, stressful life events, substance abuse) and their ability to predict suicidal thoughts and behaviors over long periods of time.” [4]

What the experts learned during this study was that, “a suicide expert who conducted an in-depth assessment of risk factors would predict a patient’s future suicidal thoughts and behaviors with the same degree of accuracy as someone with no knowledge of the patient who predicted based on a coin flip.” [5]

United States suicide statistics are alarming with recent reports revealing 50-year U.S. historical highs, including a 50% increase in women and a “35% increase among occupational populations in the last decade.” [7]

“Time, and time again, it has been made known that instruments used to predict suicide are not workable but these tests, assessments and evaluations are continually pushed as the solution to the increasing suicide rates,” stated the president for the Florida chapter of the Citizens Commission on Human Rights (CCHR), Diane Stein.

According to CCHR, a mental health watchdog organization, the abject failure of the mental health industry in the prediction and prevention of suicide is something that should be addressed by changes to how people in crisis are helped and this is a belief that is shared by others.

“Prediction models in suicidology have made little sense. If practitioners and administrators keep getting it wrong, why are they still employed to continue bad work?” said Russell Copelan, MD. [8]

But it is not just the assessments to determine if someone is suicidal that are questionable. “A team of lawyers and psychologists reviewed 364 exams used in the legal system, finding a third of them don’t pass muster with forensic mental health experts. A study published in February in the journal Psychology Science in the Public Interest by a group of lawyers and psychologists found that many tests used in courtrooms are considered scientifically unreliable; in the headline, the journal dubbed them junk science.” [9]

Adding to the problem of helping those in crisis is fact that researchers doubt that certain mental disorders are disorders at all. Recently a team of biological anthropologists called on the scientific community to rethink mental illness. According to the article in Forbes, “with a thorough review of the evidence, they show good reasons to think of depression or PTSD as responses to adversity rather than chemical imbalances. And ADHD could be a way of functioning that evolved in an ancestral environment, but doesn’t match the way we live today.” [10]

“ADHD is not a disorder. Rather it is an evolutionary mismatch to the modern learning environment we have constructed.” – Edward Hagen, professor of evolutionary anthropology at Washington State University. [11]

Almost 10 years after the National Institute for Health and Care Excellence recommended that ‘assessment tools’ not be used; experts continue to call for increased use of suicide risk assessments. [12]

In Florida, the Statewide Office for Suicide Prevention and the Suicide Prevention Coordinating Council were established in 2007 with a focus on suicide prevention. Fast forward to 2021 and every school district in the state is submitting a mental health plan to the Florida Department of Education detailing the mental health screenings and programs being put into place. However as can be seen in the statistics, these efforts are not reducing the number of children committing suicide in Florida. [13]

But profits being put before patients is not new. Almost 25 years ago the Florida Supreme Court published an Executive Summary stating, “In 1996, the Florida Legislature amended the Baker Act to strengthen patient rights. Despite these enhanced protections, the Subcommittee learned that because in-patient treatment is extremely profitable mental health facilities and professionals sometimes abuse the voluntary admission process. Moreover, some patients deemed to be ‘voluntary’ may in reality lack the capacity to consent.” [15]

The past few decades have shown that the field of mental health has no answers. Biological psychiatry was supposed to be the answer “by detailing how abnormalities in the brain gave rise to all variety of mental distress. But that goal hasn’t been achieved — nor is it likely to be, in this lifetime.” [16]

“Mental problems became mental disorders, then brain disorders, perhaps caused by faulty wiring, a ‘chemical imbalance’ or genes. But the actual science didn’t back up those interpretations. Despite billions of dollars in research funding, and thousands of journal articles, biological psychiatry has given doctors and patients little of practical value, never mind a cause or a cure.” [17]

CCHR is encouraging officials to look at the information that has been released on the workability of suicide assessment, suicide prevention programs and on the billions spent annually and to demand formal investigations into the rising suicide rates and the money being spent to address the problem.