Not a Joke: Electroconvulsive Therapy Recommended for Children 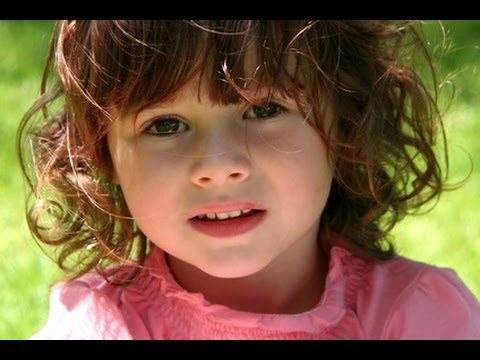 Psychiatry’s insistence on injurious treatment is reason enough to ban their profession. Our children must be protected from their experimentation and abuse.

ECT is described by psychiatric whistleblower Peter Breggin as “a psychiatric treatment in which electricity is applied to the head and passed through the brain to produce a grand mal or major convulsion. The seizure brought about by the electric stimulus closely resembles, but is more rigorous or strenuous than that found in idiopathic epilepsy or in epilepsy following a wide variety of insults to the brain.”
Permanent Damage Caused by ECT
Dr. Breggin points out that ECT damages the brain and the mind, often causing permanent gaps in memory for important events in the patient’s life, his educational background and his professional skills. There have been cases where people have actually lost their identity. He goes on to state that these victims of ECT suffer from continuing cognitive difficulties, and unwanted personality changes. Going above and beyond the call of duty, Dr. Breggin has created a free ECT Resources Center to help patients and their families recognize the danger of this so-called “treatment.”
The Man Who Wants to Electroshock Children
There are very few psychiatrists who are willing to point out the dangers of this barbaric practice. In fact, there is one man who highly recommends the treatment… for children. Dr. Edward Shorter, ECT proponent, writes in the online Psychology Today publication: “There has been an unwritten taboo in psychiatry, and a reaction of shock and horror in the general population, to the idea of giving convulsive therapy to those under 18. “But is this unfavorable reaction wise? Are we denying children access to a treatment that is safe and effective in adults?” (One wonders how willingly Dr. Shorter himself would submit to this “safe and effective” treatment.) He continues: “This denial is not compatible with good medical ethics, which demand that we make effective treatments of proven benefit available to all, regardless of social class, gender, economic status, or age. We do not deny the elderly hip transplants or heart transplants because they are elderly. “But we deny children access to convulsive therapy…This is ageism in reverse, and terribly unfair.” This is not a tongue-in-cheek opinion, but the actual words of a published psychiatrist. Why all this denial of electro shock therapy’s use on children? Dr. Shorter partially blames the parents for their “prejudice” against this torturing of their offspring.
The Penicillin of Psychiatry
In an unintentional slam against his own profession, Dr. Shorter declares that “Convulsive therapy is the penicillin of psychiatry.” Many would agree that a barbaric practice originally used on pigs bound for slaughter would equal psychiatry’s version of a miracle cure. Here is one adult’s recollection of the ECT treatment he received as a child: “I was six years old [in 1944]. My mother had been locked up in a mental hospital just before I was born, and I was a ward of the state. A psychiatrist at Bellevue Hospital in New York, Dr. Lauretta Bender, had just begun her infamous series of experiments with shock treatment on children, and she needed more subjects. So I was diagnosed as a “childhood schizophrenic,” torn away from my foster parents, and given 20 shock treatments… I was dragged down the hallway crying, a handkerchief stuffed in my mouth so I wouldn’t bite off my tongue. And I woke [after the shock treatment] not knowing where I was or who I was, but feeling as if I had undergone the experience of death. After four months of this. I was returned to my foster home. Shock treatment had changed me from a shy little boy who liked to sit in a corner and read to a terrified child who would only cling to his foster mother and cry. I couldn’t remember my teachers. I couldn’t remember the little boy I was told had been my best friend. I couldn’t even find my way around my own neighborhood. The social worker who visited every month told my foster parents that my memory loss was a symptom of my mental illness. A few months later, I was shipped to a state hospital to spend the next 10 years of my life.” Psychiatry’s insistence on injurious treatment is reason enough to ban their profession. Our children must be protected from their experimentation and abuse.
SOURCES:
https://www.psychologytoday.com/blog/how-everyone-became-depressed/201312/electroconvulsive-therapy-in-children http://www.breggin.com/index.php?option=com_content&task=view&id=40 http://www.madinamerica.com/2014/02/electroshocking-children-stopped/