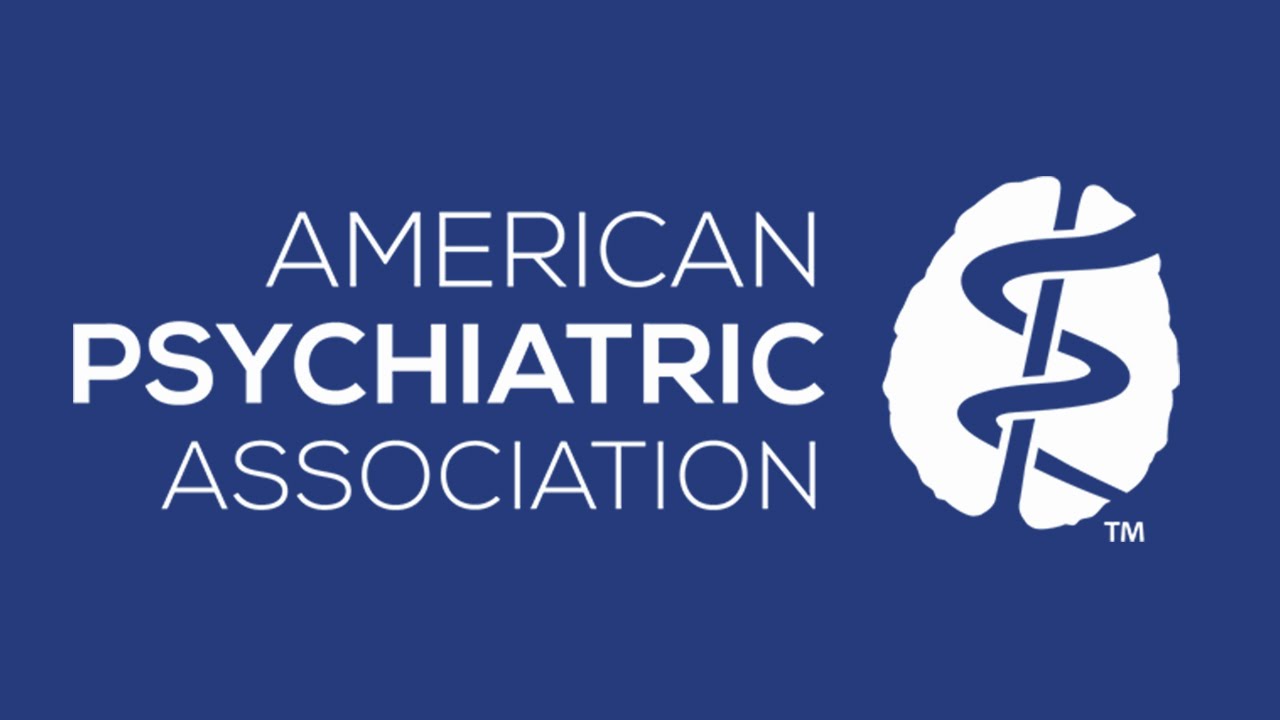 May 2015 at the opening session of its annual meeting in Toronto, The American Psychiatric Association released its new logo designed to symbolize and position modern psychiatry as a science of mind, brain and body.
APA’s Psychiatric News announced “The logo depicts the ancient serpent entwined–Rod of Asclepius—wielded in Greek mythology by the god Asclepius and associated with medicine and healing—superimposed over the image of two hemispheres of a human brain.”
Wikepedia tells us The term “psychiatry” was first coined by the German physician Johann Christian Reil in 1808 and literally means the ‘medical treatment of the soul’ (psych- “soul” from Ancient Greek psykhē “soul”; -iatry “medical treatment” from Gk. iātrikos “medical” from iāsthai “to heal”).
So in contrast to the 10,000 years or more that mankind and his religious and philosophical leaders have discussed the body, mind and spirit, we now have mind, brain and body.
Non-psychiatric physicians will tell you that the brain is part of the body, so the new logo is really talking about mind and body.
What happened to the spirit or soul that was part of psychiatry’s founding definition?
Perhaps electric shock treatments, carving up the brain with psychiatric surgeries or giving the patient mind altering drugs didn’t really serve as workable “medical treatment of the soul” and so the soul was conveniently discarded by the field of psychiatry.
The new logo replaces any logos used by local groups and replaces the Benjamin Rush seal that has served as APA’s de facto logo since 1921.

Dr. Benjamin Rush, called the “Father of American Psychiatry,” was one of the most eminent physicians and authors of his day and his Observations and Inquiries Upon the Diseases of the Mind (1812), was the first psychiatric text book printed in the United States.
He was a member of the Continental Congress, signed the Declaration of Independence, and was part of Pennsylvania’s convention for the Adoption of the Federal Constitution. Later President John Adams appointed him Treasurer of the US Mint, a post he held until his death.
Unfortunately his work in psychiatry was not as beneficial as his success in civic duties.
Dr. Rush was a dogmatic theorist rather that a scientific pathologist. He dreamed up a theory that would explain all illnesses. He decided that all diseases had one cause – a fever brought on by overstimulation of the blood vessels. The treatment was called “depletion” which involved bloodletting, purges, hot and cold baths and ingestion of medicines containing large amounts of mercury. Dr. Rush believed a severe illness required even more severe versions of his treatments.
Psychiatrist Thomas Szasz in his book “The Manufacture of Madness – A Comparative Study of the Inquisition and the Mental Health Movement” wrote in great detail about the beliefs and techniques of the founder of American psychiatry.
Dr. Rush wrote: “I infer madness to be primarily seated in the blood-vessels, from the remedies which most speedily and certainly cure it, being exactly the same as those which cure fever or disease in the blood-vessels from other causes, and in other parts of the body.”
His psychiatric patients were subject to these same medical theories and treatments with a couple of additions he made to address their mental state.
Dr. Rush maintained that various crimes were diseases – murder, theft, lying – and that persons suffering from these “diseases” properly belonged not in the hands of police and judges but in the hands of physicians and keepers of madhouses.
Acknowledging that these diseases were “incurable” he still advocated psychiatric treatment be tried – “bodily pain inflicted by the rod, or confinement, or abstinence from food.”
He also employed the strait jacket, cold water, bloodletting, darkness, solitary confinement and a special technique of forcing the patient to stand erect for 2 to 3 days at a time, poking them with sharp pointed nails to keep them from sleeping. This latter method was borrowed from a British technique for taming horses.
He is credited with inventing the “tranquilizer” which was a chair into which the patient was strapped hand and foot along with a device to hold the head immobile. Dr. Rush thought it would reduce the pulse by lessening the muscular action of the body,
The second invention by the APA’s patron saint was a device called the “gyrator.” This was a rotating board to which the patient was strapped with his head farthest from the center. It was rotated at terrific rates of speed in order to cause blood to rush to the head.
The APA marketing team has been hard at work. They announced the new logo as “a unifying brand” to appear on all the APA’s “products”. (Will we see the logo stamped on electric shock machines soon?)
They also reassured the public that “The APA Board of Trustees and leadership deliberated carefully with our consultants to come up with an image and tagline that convey to patients, families, and the wider public the expertise of the contemporary psychiatrist as a physician and healer of mind, brain, and body.”
Their promotional video for the new logo states” Psychiatry is the vital connection between the past and a brighter future.”
That’s their big lie.
Dr. Rush’s theories and treatments in the 1800’s had no valid medical science behind them.
Today’s modern psychiatrists also dream up their diseases and treatments.
Today’s psychiatric drugs and treatments just continue the historical precedent of torturing the patient.
SOURCES:
http://psychnews.psychiatryonline.org/doi/full/10.1176/appi.pn.2015.6a14
https://www.youtube.com/watch?v=soDtLf8eYAY&list=PLt9eDVw57IwUmiJ9WUr0tDcJrrKrbUvWt&index=30
http://www.britannica.com/EBchecked/topic/513052/Benjamin-Rush
http://www.uphs.upenn.edu/paharc/timeline/1751/tline7.html
https://books.google.com/books?id=hpOcRRum3XEC&pg=PA138&lpg=PA138&dq=Benjamin+Rush+psychiatric+ideas&source=bl&ots=sDSKUMxsuB&sig=hCHcnwNQ7XKymEiQvKqOW22Bdh0&hl=en&sa=X&ei=h1prVeDvOcWksAXa84PoCw&ved=0CCsQ6AEwAjgK#v=onepage&q=Benjamin%20Rush%20psychiatric%20ideas&f=false