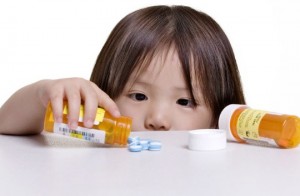 The idea that a psychiatrist can determine an infant to be mentally ill is laughable. Yet this is being done, and to tiny babies who have no parents to protect them.

Medicaid coverage of foster kids has contributed to out of control psychotropic drugging of children as young as 12 months. Because “mental health” services are included in this coverage, there has been rampant abuse.
The Government Accounting Office (GAO) in 2011 found that our state, Florida, ranked among the worst five states that abuse foster kids with psychiatric medication.
Child Abuse on a Grand Scale
However, Massachusetts emerged the clear winner of this dubious contest which should be titled “Most severe child abuse within a state government system.”
In that state, 39% of the foster care children aged 0-17 have been prescribed at least one psychiatric drug. In other words, they are drugging infants with powerful psychiatric drugs. It is hard to grasp the hardness of the heart that would inflict such misery and torture on a baby less than a year old.
And the side effects are truly miserable. Here are just a few resulting from SSRIIs, one of the most common drugs given for depression, and often given to young children:

And these less common, but still reported side effects:

The idea that a psychiatrist can determine an infant to be mentally ill is laughable. Yet this is being done, and to tiny babies who have no parents to protect them.
Foster children from the cradle to the age they leave the foster care system are vulnerable to psychiatric misguidance and ill treatment. Instead of the parenting, nutrition and care that should be every child’s right, they are shuffled about from home to home, with only their psychiatric meds a constant in their lives.
In The Words of a Foster Child:
Foster children interviewed by ABC News described the effects of their psychiatric medications:
One little boy said “They made me feel like I had a thousand bricks on my head.”
A teenager said she felt like a “guinea pig.”
And this poignant comment by another young victim, who said “Some of the medications were for ADHD but I’m not ADHD, I’m just naughty.”
Joymara Coleman had been in and out of foster care for a decade, and she was searching for some peace. A psychiatrist told her that medication could help her enjoy life more. She says “it sounded like magic to me at first, honestly.”
The doctor prescribed Prozac to Joymara when she was 17 for panic attacks and depression. The list of psychiatric meds grew to include Risperdal, Abilify, Depakote and lithium.
The lithium was discontinued when she felt dizzy and nauseous. The mix of drugs made her spaced out and exhausted.
Her case worker’s insisted that she take the medications. She says “Initially I bought into it, that I needed this because these are professionals — these are all white professionals, with degrees and they’re older and they’re telling me that something’s wrong with me, and they just know this.”
Much to Answer For
Ignoring the rights of children in the foster care system is inhumane and short sighted. Thousands of future adults are being drugged throughout their youth; at best they struggle through a very painful childhood devoid of comfort and love.
At worst? Foster children grown into adulthood, hobbled by years of psychiatric medications, some permanently disabled by their side effects.
The psychiatrist has much to answer for in his abuse of foster children.
SOURCES:
http://www.huffingtonpost.com/dr-peter-breggin/foster-children_b_1149805.html
http://www.aboutkidshealth.ca/en/healthaz/drugs/pages/fluoxetine.aspx
http://www.dailynews.com/health/20140823/children-in-californias-foster-care-system-are-prescribed-risky-medications