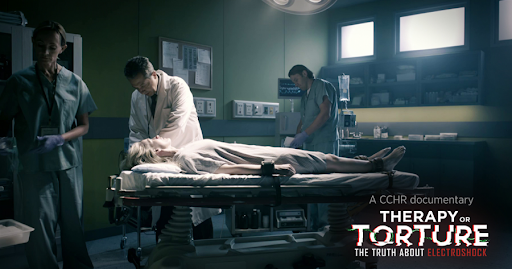 According to a post published in Psychology Today by John Read, Ph.D., a Professor of Clinical Psychology at the University of East London, “forty experts (including researchers, psychiatrists and other mental health professionals” have written the Minister for Health “calling for an independent Enquiry into how electroconvulsive therapy (ECT) is administered and monitored in the United Kingdom.” [1]

This news follows on the heels of a recent study published in the journal Ethical Human Psychology and Psychiatry calling for the use of electroshock treatment (ECT) to be suspended immediately due to the risk of side effects such as brain damage. [2]

In response, the Florida chapter of the mental health watchdog Citizens Commission on Human Rights (CCHR) announced its continued support of the nationwide movement to ban the use of ECT stating that such a ban only makes sense due to reports of damage and deaths. [2,3]

Florida saw a 60% increase between 2015 and 2016 in the number of Medicaid recipients who were electroshocked while Texas, the only state to record deaths within 14 days of electroshock being administered, reported a death rate in recent years that represents an estimated 300 deaths nationally each year. [3]

“Somatics, an ECT device manufacturer in Florida, has admitted that use of the device could result in permanent brain damage as well as severe memory,” states Diane Stein, President of CCHR Florida. “This is one of the reasons we are asking Florida lawmakers to ban the use of the ECT machine.” [4]

Examples of brain damage and memory loss are all too abundant:

* In March 2016, a coroner from Sunderland County in the UK determined Elsie Tindle died after electroshock triggered an epileptic fit which caused irreparable brain damage. [5]
* A 2012 study published in Proceedings of the National Academy of Sciences reported a considerable “decrease in functional connectivity” between the prefrontal lobes of the brain and other parts of the brain after ECT. The most extensive long-term follow-up study indicates that “most ECT patients will never recover from the damage in the form of persistent severe mental deficits.” [6]
* Leading ECT researcher and advocate, psychologist Harold Sackeim admitted in an editorial in The Journal of ECT that “virtually all patients experience some degree of persistent and, likely, permanent retrograde amnesia.” In a January 2007 study published in Neuropsychopharmacology, Sackeim and colleagues acknowledged that ECT may cause permanent amnesia and permanent deficits in cognitive abilities, which affect ability to function. [7,8]
* In 2005, Santa Barbara Superior Court Judge Denise de Bellefeuille ruled that a psychiatrist and Santa Barbara psychiatric facility deceived its patients by failing to tell them that ECT causes irreversible memory loss. The psychiatrist (who had performed shock treatment for over 20 years), admitted that neither he nor anyone else understands how shock treatment works, and that the consent form Johnson provided to patients was “decidedly misleading in a critical regard,” concerning the permanency of memory loss. [9]

Yet, despite evidence to the contrary, the FDA and American Psychiatric Association continue to downplay adverse effects and publicize the merits of electroshock, a 5.4-billion-dollar industry. [10]

In an attempt to side step the issue that there have been no clinical trials proving ECT’s safety and efficacy, Charles Kellner, professor of psychiatry and director of ECT services at Icahn School of Medicine, Mount Sinai recently asserted in the Psychiatric Times that adverse effects such as the cognitive damage from ECT isn’t a “safety” concern but, rather, a “tolerability” issue. [11]

While California, Colorado, Tennessee and Texas have banned the use of ECT on those 0-12 and 0-16, CCHR strongly believes that a full ban on the use of the ECT device is warranted and encourages individuals to sign the petition to ban the ECT device in Florida and across the United States.