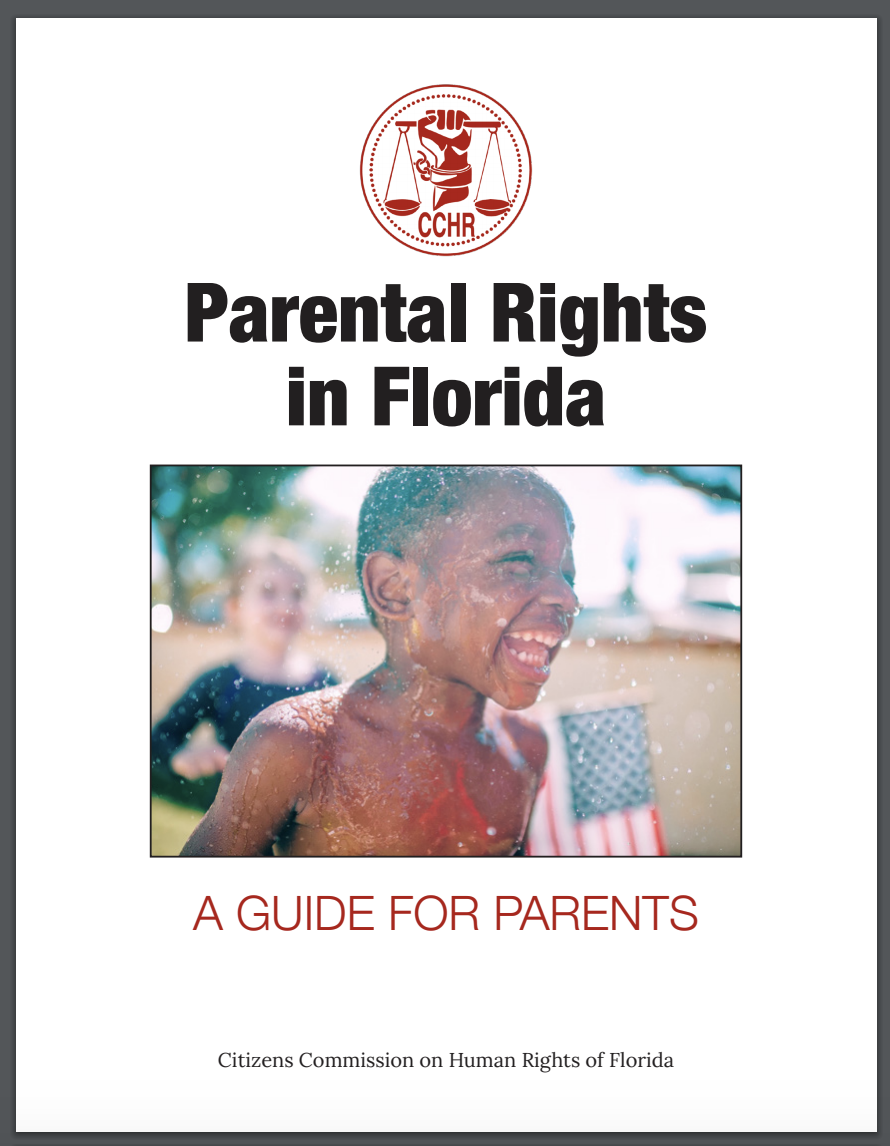 As reported in multiple news stories, a recently released 85-page study found that “the Baker Act is increasingly being used on school children who make jokes, act out, exhibit normal manifestations of a known disability, or express ordinary sadness.” This same study goes on to report that “this has had devastating results, including trauma and abuse, for these children, as young as 6, and their families.” [1-4]

For almost two decades the number of children taken into custody for an involuntary psychiatric examination has been steadily increasing across the state and according to the Florida chapter of the Citizens Commission on Human Rights (CCHR), this steady increase is indicative of the abusive use of the mental health law.

Commonly referred to as the Baker Act, the mental health law in Florida allows for anyone, including children, to be detained under an emergency psychiatric hold and per the Baker Act Reporting Center there were more than 36,000 holds during 2017/2018 involving children. [5]

“This is not news. It has been known for at least 15 years that there is something very wrong with the Baker Acting of children,” stated Diane Stein, President of CCHR Florida.

In 2006 the Florida Senate published a report clarifying the Baker Act requirements as they relate to children following a special project. This project was created due to concern over how the Baker Act was being applied to children and the perception that the involuntary examination procedures were being used inappropriately for minors. At that time a main concern was that children were being held in receiving facilities for extended periods of time without sufficient exploration of less intrusive alternatives. [6]

However, it took another 12 years before the mental health act was amended to ensure that receiving facilities expedite the examination of children when during the 2017 legislative session the examination period for minors was reduced from 72 hours to 12 hours. And during those 12 years over 280,000 children were sent for involuntary psychiatric examination – many without parental knowledge of the initiation.

News coverage of children, some as young as 6 years old, being Baker Acted may be one reason why year after year bills have come before Florida legislators to restore parental rights and protect children from this abuse. These bills attempted to address this situation by requiring parental notification prior to the initiation of a Baker Act but to date none have passed. [7-9]

As currently written, the law does allow for a person in crisis to be helped by “willing family members or friends” however, parents are not being brought into the process before a child is taken from school, usually in handcuffs and by law enforcement. [10]

“Contacting the parents and giving them an opportunity to help their child seems logical yet this common sense approach to reducing the number of unnecessary child Baker Acts is being ignored and left out of legislative solutions,” said Diane Stein.

CCHR Florida, a mental health watchdog organization, believes that the law needs to be amended to specifically state that a parent, legal guardian or caregiver should be notified as a first course of action.

Misconceptions surrounding the Baker Act and uncertainty on parental rights in general, prompted CCHR Florida to launch a campaign to educate families, school districts and law enforcement on these rights. Having reached hundreds of thousands with this campaign, CCHR has pledged to continue fighting for an amendment to the Baker Act and for a Parents Bill of Rights to be created in Florida statutes.

[1] Cops on campuses are supposed to keep kids safe, but may do more harm than good, study finds; By Danielle J. Brown -September 8, 2020 https://www.floridaphoenix.com/2020/09/08/cops-on-campuses-are-supposed-to-keep-kids-safe-but-may-do-more-harm-than-good-study-finds/