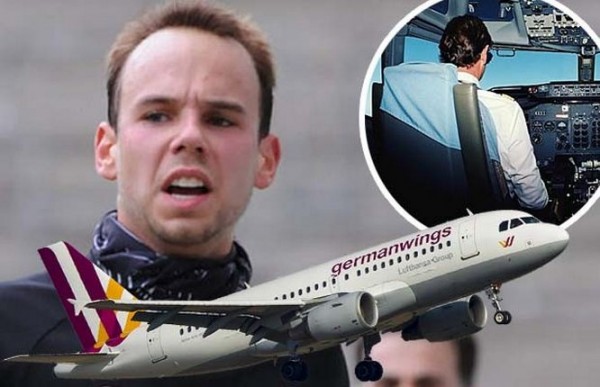 PHOTO: Germanwings co-pilot Andreas Lubitz had been treated for suicidal tendencies in the past, prosecutors say. (ABC News)

On March 24, 2015 a Germanwings Airbus A320 owned by Lufthansa crashed in the French Alps instantly killing all 144 passengers and 6 crew.
The true story has slowly developed and is still evolving but here are some facts that have been revealed by the investigators analyzing the voice and flight data recorders found at the crash site, searching the flyer’s home and computers and interviewing friends, family, colleagues and doctors.

Lubitz’s Drug Treatment – Their Warnings and Side Effects
The French and German investigators have come forth with some information about the psychiatric drugs Lubitz was treated with.
Back in 2010, Lubitz received Olanzpine injections (a very powerful antipsychotic medication) “to treat Obsessive Compulsive Disorder.”
Warning:  “This medicine can increase thoughts of suicide”
Side Effects: Blurred or other changes in vision
One of of his recent known medications was Loarzepam.
Warnings: Not to operate dangerous machinery or motor vehicles”; “in patients with depression, a possibility for suicide should be borne in mind.”
Side Effects: Dizziiness, habit forming, do not suddenly stop taking, unusual tiredness – do not drive or do anything that could be dangerous, thoughts or attempts at killing oneself, unable to sleep, nightmares, restlessness and blurred vision
Another current medication was Agomelatine.
Warning: “Has potential to impair judgment, thinking and motor skills; use caution when operating machinery.”
Side Effects: Can make people suicidal, manic or psychotic, liver damage
Psychiatric Apologists Speak Out
Would you think twice about getting on your flight if you knew your pilot was on Psychiatric drugs?
Would an airline ever offer passengers a choice? Perhaps give a discount on the ticket price to fly with a pilot on SSRI’s or anti-psychotic drugs?
Despite the commonsense reaction of normal passengers to not go near such a flight, apologists for the psychiatric profession have come forth with some extraordinary statements following this tragedy.
Captain Tom Bunn is a former pilot and licensed therapist had this to say in Time magazine online:
“Once the two-person cockpit rule is fully implemented, a tragedy like this cannot happen again.”
Would you bet your life on the outcome of an in-cockpit fight between the strength of a raging manic pilot on a psych drug versus the normal pilot just calmly trying to do his job?
Next we have the President of The Royal College of Psychiatrists, Professor Simon Wessely who urged caution by those calling to prevent people suffering from depression to be allowed to work as pilots.
He insists that depression should not lead to a lifetime ban for commercial airline pilots.
“I have dealt with some pilots with depression and when they recover they are still monitored. But the two I have dealt with returned to very successful careers.
“Why should they not? What does cause trouble is saying that if you have ever had a history of depression then you should not be allowed to do whatever. That is wrong, as much as saying that people with a history of broken arms shouldn’t be allowed to do something.”
And then this statement from Steven K. Hoge, chairman of the American Psychiatric Association’s Council on Psychiatry and Law:
“So what can anyone who is taking an antidepressant do? Only be basket weavers?”
The psychiatric arrogance in the face of the amount of death and destruction they cause by drugging people with mind altering chemicals knows no bounds.
The true solution is to eliminate the use of these anti-depressants and anti-psychotics all together.
For now we could simply not allow any pilot to fly who has ever allowed himself to be treated with these drugs.
Sources:
http://news.yahoo.com/crash-pilots-profile-prompts-questions-deep-unease-062403899.html
http://news.yahoo.com/black-box-suggests-germanwings-crash-deliberate-investigators-101421726–finance.html
http://www.mirror.co.uk/news/world-news/killer-co-pilot-andreas-lubitz-treated-5412948
http://www.rte.ie/news/2015/0327/690092-germanwings-plane-crash/
http://www.theguardian.com/world/2015/mar/27/germanwings-co-pilot-andreas-lubitzs-background-under-scrutiny
http://www.washingtonpost.com/world/europe/officials-co-pilot-in-german-plane-crash-was-treated-for-suicidal-tendencies/2015/03/30/a7b1eb96-d6da-11e4-bf0b-f648b95a6488_story.html
http://time.com/3762645/germanwings-faith-in-flying/
http://www.ibtimes.com/germanwings-pilot-history-andreas-lubitz-treated-suicidal-tendencies-years-french-1863574
http://www.ibtimes.com/what-drugs-was-andreas-lubitz-lorazepam-antidepressants-could-have-affected-1867744
http://www.cnn.com/2015/04/02/europe/france-germanwings-plane-crash-main/index.html
http://www.cnn.com/2015/03/31/europe/germanwings-co-pilot-medication/index.html
http://www.theguardian.com/world/2015/mar/28/germanwings-plane-crash-alps-depression-doctor

← Exposing Psychiatric Criminality at the University of Minnesota Does Psychiatry Offer Cures? →