Exposing Psychiatric Criminality at the University of Minnesota

Part 2 of a 2 Part Series
The first part of this series explored the suspension of psychiatric drug trials at the University of Minnesota due to the unethical and factually criminal behavior on the part of psychiatrists handling the program.
But why did the university attempt to sweep this issue under the rug for 11 years and what effort did it take to finally get a suspension imposed?
The answer to first question probably lies in the earlier history of psychiatric “incidents” at the University of Minnesota (U of M). They just didn’t want any more attention.
Carl Elliott is a professor in the Center for Bioethics and the Depts. of Pediatrics and Philosophy at UMN and the author of the book “White Coat, Black Hat: Adventures on the Dark Side of Medicine.
On his blog he cited the earlier problems of the psychiatric department:
“In Aug. of 1993 the head of child psychiatry Dr. Barry Garfinkel, supposedly a nationally recognized expert in teen suicide, was found guilty of 5 felonies by the U.S. District Court in Minneapolis for falsifying data in a drug study.”
The U of M had hidden their official 65-page report for almost 4 years. The report found this psychiatrist had knowingly participated in fraud during the drug study of  Anafranil, an anti-depressant drug. He faked reports on patient exams that never occurred or were done by staff with no medical training.
Garfield was sentenced to six months in a federal correctional facility, six months of home detention, $214,000 in fines and 400 hours of community service.
The university tried to fire him and ultimately Garfield resigned in 1995.  Did he quit psychiatry? No, he opened a private practice in Minneapolis.
Ironically, this criminal child psychiatrist’s office is now located across the street from a Whole Foods store.
In Oct. 1993, Dr. James Halikas, director of the university’s chemical-dependency treatment program , was caught conducting an unethical experiment by failing to obtain informed consent from the patients and refusing to allow them to choose a more effective treatment. Halikas gave the drug, gamma-hydroxybutyrate, known as GHB, to eight Hmong opium addicts who did not speak English. Halikas now practices in Florida.
GHB was commonly used as a date rape drug going by street names such as “Easy Lay” and “Georgia Home Boy.”
GHB had been linked to some severe side effects – vomiting, seizures, hallucinations, amnesia and coma.
In 1998 Dr. Halikas was “reprimanded” and paid a mere $3,500 fine for his crime. 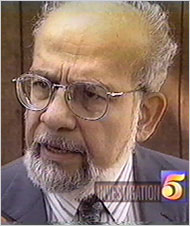 Another star in UMN’s psychiatric crown was Dr. Faruk Abuzzahab former president of the Minnesota Psychiatric Society former chairman of its continuing education and ethics committees.
In 1997 the Minnesota Board of Medical Practice accused Dr. Faruk Abuzzahab of a “reckless, if not willful, disregard” for the welfare of 46 patients, 5 of whom died in his care or shortly afterward. One study subject left the ward on a day pass and jumped off a bridge into the Mississippi River. The board suspended his license for seven months and restricted it for two years after that.
Yet, he was still allowed to oversee the testing of drugs on patients and was paid for research or marketing by at least a dozen pharma companies since he was disciplined.
What did it take to break through the U of M claims that nothing was amiss and gain a suspension of the psychiatric drug trials?
Bloggers including Carl Elliott kept the 2004 suicide story of Dan Markingson in the public eye and various gatherings occurred on campus to inform the public, students, faculty and press about developments.
By October 2013 over 170 leading scholars in health law, bioethics and medical research had called on the U of M to investigate the 2004 death of the psychiatric research subject, charging that university administrators had “refused to publicly engage in a transparent, open, and critical assessment of what went wrong in this study.” The letter, led by the Scholl Chair of Health Law and Policy at the University of Toronto, and five colleagues from leading U.S. institutions, urged the Faculty Senate of the U of M to request an immediate, public inquiry into the troubled study.
The actions taken to expose this criminality included:


By this time Fox 9 News in MN-St. Paul was covering these events and published the story of Robert who came forward to tell how he had been harmed in a psychiatric drug trial conducted by the Dept. of Psychiatry at UMN back in 2007.
He had developed ringing in his ears, was hearing voices and was feeling anxious. Fearing a brain tumor he went to the emergency room. He was transferred to the psychiatric unit at Fairview Riverside Hospital, diagnosed with paranoid schizophrenia and approached by U of M researchers.
“Immediately, they were on me to do experimental medications, non-FDA approved — and I had never been on medications in my life.”, stated Robert.
He was coerced to enroll in a trial for an experimental drug called Bifeprunox.
“Then, they say you have a giant medical bill and if you do the research, you won’t have this giant medical bill,” Robert recalled.
“They told me the drug was safe,” he said. “He told me it was going to be the next treatment for schizophrenia and everybody was going to be taking it.”
Weeks after Robert enrolled, the FDA rejected Bifeprunox for approval. Within months, the Solvay Pharmaceuticals halted all research after the medication was linked to the death of a study subject in Europe, who suffered liver failure. Robert was not told of these developments.
Robert went to the emergency room three times – once by ambulance. but the psychiatrist kept Robert on the drug until the pain was so bad Robert had suicidial thoughts and quit the study.
Finally, Nike Gjere, a senior psychiatric nurse at U of M Medical Center Fairview, came out as a whistleblower with a powerful video testimony aired by Fox 9 telling what she saw during the recruitment of Dan Markingson into his drug study, as well as the culture of fear that prevented hospital employees from speaking out.
This was a huge effort to gain a victory. It takes a lot of patience, persistence and bravery to stand up to psychiatric criminality.
But the job will get easier and faster in the future as more and more victims, their families and people working in the psychiatric profession itself come forward to challenge the trauma and death that goes on behind the closed doors of psychiatric facilities.
Sources:
http://www.myfoxtwincities.com/story/25557069/investigators-u-of-m-drug-study-criticism-grows
https://danmarkingson.wordpress.com/
https://medium.com/@fearloathingbtx/pay-no-attention-to-the-bloody-corpse-in-the-bathroom-ce3f3a495d12
http://www.scribd.com/doc/114822452/Halikas-Scandal-News-Reports