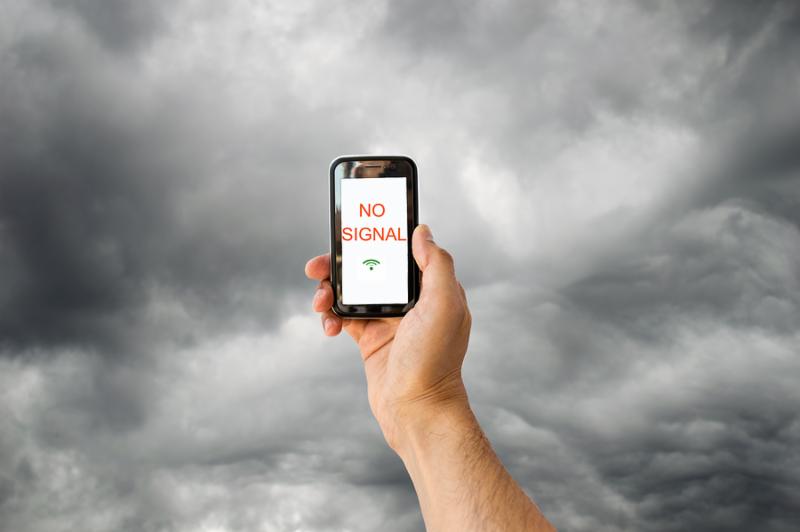 Nomophobia and Facebook Envy Depression are a couple of relatively new conditions dreamed up or “discovered” by psychologists and social scientists.
Psychiatrists are eager to validate these newcomers and perhaps vote them into existence as “official disorders” worthy of inclusion in the DSMV, the psychiatric manual of agreed upon and treatable mental conditions.
The treatment then, of course, would be with psychiatric drugs.
Nomophobia is the fear of being out of mobile phone contact. (It’s not taken from Ancient Greek, otherwise it would mean “fear of laws”). Nomo is just short for “no mobile”.
British researchers first reported on this in 2008 and updated their results in 2012. The first study into nomophobia, conducted in 2008, revealed that 53% of people suffered from the condition. The 2012 follow up showed the statistic had risen to 66% in the UK and showed no sign of abating.
It’s been found that victims are so dependent on their cell phones that even a low battery creates anxiety.
“The Asian Times” reported on nomophobia research in India. Dr Sanjay Dixit, professor and head of the Community Medicine Department at the Mahatma Gandhi Medical College in the Indian city of Indore found 45% of students were nomophobic.
The Indian Journal of Community stated that “73% of students keep their mobile phone with them even when they go to sleep – the cell phone is with them for 24 hours a day,” said the report. “Since millions of subscribers are being added every month, full-blown nomophobia has all possibilities to reach the epidemic scale, leading to serious psychiatric and psychological problems among users.”
It appears that the ongoing research in India is contributing to the idea that cell-phone related mental disorders are not left out of the DSM for too long.
In Italy a research team lead by Nicola Luigi Bragzzi at the University of Genoa claims that nomophobia is a serious condition characterized by the disproportionate “discomfort, anxiety, nervousness, or anguish caused by being out of contact with a mobile phone or computer.”
The triggers for this phobia include a lost phone, poor reception, interrupted coverage, dead batteries, or lack of account credit.
Their paper entitled “A Proposal for Including Nomophobia in the new DSM-V” was published in the journal, Psychology Research and Behavior Management.
The paper cites one failed clinical case study from a psychiatrist in Brazil who discovered a man who kept his mobile phone with him at all times for 15 years “because of his overwhelming need to feel safe and to be able to immediately call emergency services and people he trusts should he feel sick.”
One could argue that the man was not being irrational in carrying around his cell phone for that purpose. But the psychiatrist felt this was worthy of treatment.
The psychiatrist reported that “treatment with anxiety medicine and psychotherapy led to significant medical improvement in his panic disorder, but “no change in his nomophobia.”
This was perhaps the first nomophobia case treated with a psychiatric drug.
Just this month, researchers at the University Of Missouri School Of Journalism reported on their study of cell phone separation using student guinea pigs.
“Our findings suggest that iPhone separation can negatively impact performance on mental tasks,” Russell Clayton, a doctoral candidate at the MU School of Journalism and lead author of the study, said. “Additionally, the results from our study suggest that iPhones are capable of becoming an extension of our selves such that when separated, we experience a lessening of ‘self’ and a negative physiological state.”
Help for nomophobia is beginning to appear in the mental health treatment world even though it’s not in DSMV yet. The group All About Counseling has a Nomphobia page on its website that tells the curious viewer:
“A lot of people with cell phones have experienced the churning sensation in their stomachs when they realize they’ve lost their phone. For most, it is easy enough to get another and move on, but for others, losing their phone or not having reception truly is a reason for panic. Nomophobia is an overwhelming fear of being out of contact through mobile phone which causes physical side effects such as panic attack, shortness of breath, dizziness, trembling, sweating, accelerated heart rate, chest pain and nausea. Treatments for phobias can be from several different angles such as exposure therapy or medications to treat the worst of the phobia.”
The word “medications” links to a page with favorable discussions of anti-depressants and anti-psychotic drugs.
Facebook Envy Depression is a creation based on research also conducted at the University Of Missouri School Of Journalism in Columbia, Mo.
The nomophobia researchers used heart rate and blood pressure monitoring in their study – this Facebook study looks like a pure make-believe disorder.
Margaret Duffy is a Professor and the Faculty Chair in School of Journalism there.
Her study monitored the Facebook usage of 736 college students. Here’s what they did:
The researchers asked participants to report the average number of hours a day they spend using Facebook. They also asked them to rate how often they did the following, using a five-point scale from (5) very frequently, to (1) never:

They then assessed envy by asking people to rate on a similar five-point scale how much they agreed with the following statements:

The researchers assessed depression symptoms using the Center for Epidemiologic Studies Depression (CES-D) scale, reported to be one of the most commonly used measures of depression. The responses were analyzed using statistical software.
The researchers devised the questions meant to uncover “envy” but there is no proof that a student who answers with a (5) feels “envy” toward what others people are posting on Facebook.
The authors then states that psychology has long ago established “that envy is a strong risk factor for depression.”
The researchers then jump to stating these “envious” FB users are at risk of depression because of answers given to the CES-D. This form could label just about any up and down day in the normal living of life as “depression.” The fact that the CES-D is widely used to screen for depression doesn’t mean that the depression actually exists and that the test shows which citizen has it.
After all, psychiatrists invented the disorder called “depression” themselves.
The researchers then decided that those college kids who view Facebook without interacting much become:

The next step is treatment for depression which means any one of dozens of dangerous antidepressants or antipsychotic drugs including this notorious list of common drugs for depression:
Abilify, Lexapro, Paxil, Prozac, Seroquel XR (an atypical antipsychotic drug used in combination with antidepressants), Wellbutrin, Zoloft and Zyprexa.
The deaths and suicides resulting from treatment with these drugs are well documented.
One can see how far the web of psychiatry reaches out to find new prospects for their drug treatments when we see a major university journalism school doing research to discover new disorders to pass along to the editors of the DSM.
SOURCES:
http://munews.missouri.edu/news-releases/2015/0108-iphone-separation-linked-to-physiological-anxiety-poor-cognitive-performance-mu-study-finds/
http://munews.missouri.edu/news-releases/2015/0203-if-facebook-use-causes-envy-depression-could-follow/
http://www.cbsnews.com/news/my-name-is-mo-r-and-i-am-a-nomophobe/
https://www.securenvoy.com/blog/2012/02/16/66-of-the-population-suffer-from-nomophobia-the-fear-of-being-without-their-phone/
http://www.allaboutcounseling.com/library/nomophobia/
http://news.nationalpost.com/2014/06/01/fear-of-not-having-a-working-cell-phone-should-be-added-to-psychiatrys-diagnostic-manual-researchers-say/
http://atimes.com/atimes/South_Asia/NC27Df02.html
http://www.sciencedaily.com/videos/6742c7882de889d74c0fa81de7364aa2.htm
http://www.ncbi.nlm.nih.gov/pubmedhealth/behindtheheadlines/news/2015-02-05-facebook-envy-associated-with-symptoms-of-depression/