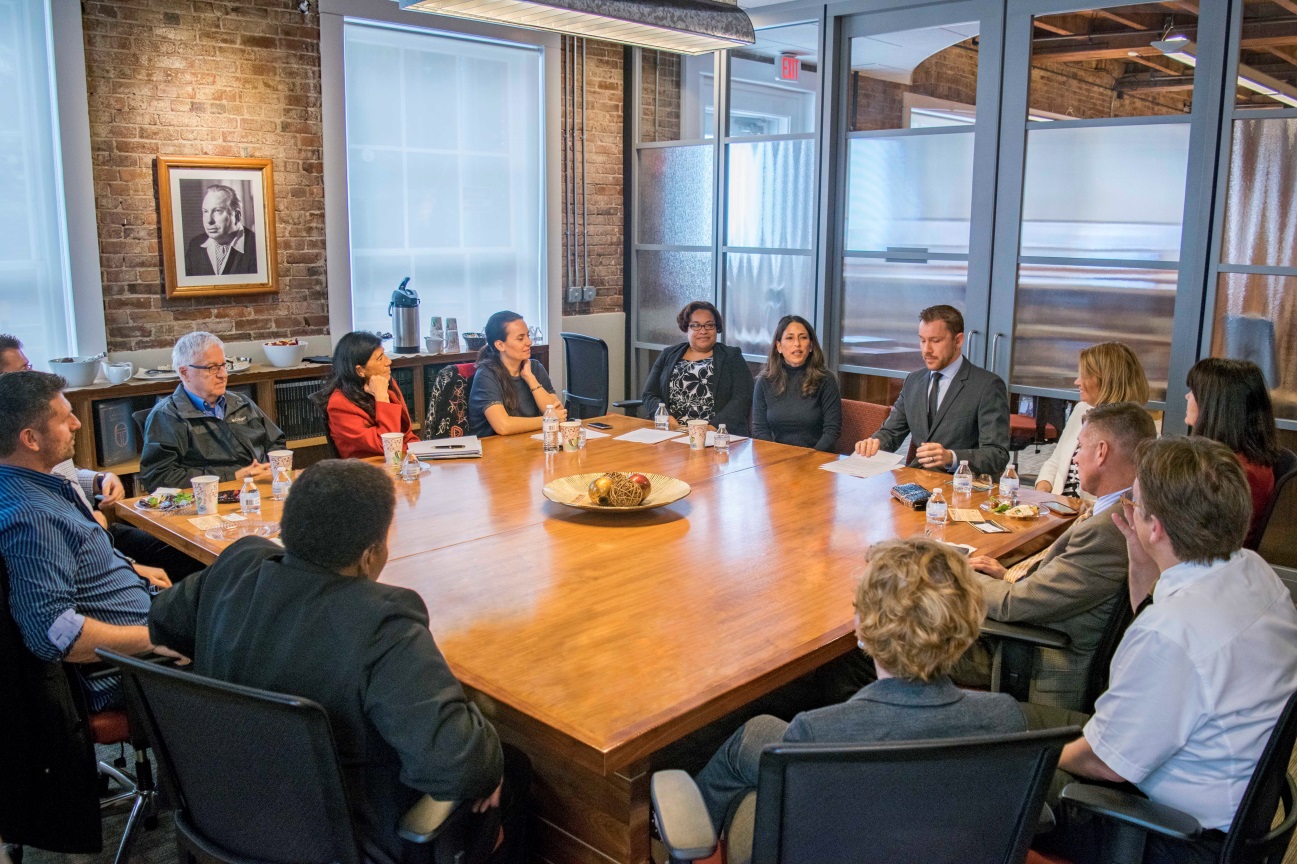 Carmen Miller, attorney and a former Assistant Public Defender, joined the Executive Director for CCHR Florida, Sebastian Egloff, and the spokesperson for C.A.P.E, Monica Agami in panel discussion on the use of the Baker Act in Florida

The Citizens Commission on Human Rights (CCHR) of Florida, a non-profit mental health watchdog dedicated to the eradication of abuses committed under the guise of mental health, hosted a Child Advocacy Award Luncheon along with the Church of Scientology of Tampa to honor International Holocaust Remembrance Day.
The anniversary of the liberation of Auschwitz-Birkenau, January 27th, was designated International Holocaust Remembrance Day by the United Nations General Assembly with the intention to not only honor the victims of the Nazi era but to also encourage the development of educational programs to prevent future genocides.
In honor of this day, the Church of Scientology of Tampa and CCHR Florida hosted a Child Advocacy Luncheon in the historic Ybor Square bringing together concerned child advocates in an interactive panel discussion to pay respect to the victims of the Holocaust, and discuss how relevant this tragic chapter in history still is today.
According to the 2015 Annual Report of Baker Act Data prepared for the Agency for Health Care Administration, Florida’s mental health law – the Baker Act – was used 193,410 times to involuntarily place someone under psychiatric evaluation, an average of 530 examinations every day. Over 75% of the involuntary exam initiations were for adults aged 18 through 64 and 17% were for those younger than 18, an increase of 50% since 2010.
Detailing the injustices she witnesses in both in her former and present roles, panelist Carmen Miller, attorney and a former Assistant Public Defender called for greater oversight on the use of the involuntary examination law, commonly called the Baker Act, especially as it applies to minors.
Joining Miller on the panel were the Executive Director for CCHR Florida, Sebastian Egloff and the spokesperson for Child Advocacy & Parental Education (C.A.P.E.) Monica Agami.
The panelists answered questions on how the basic theory of eugenics, the pseudoscience employed by psychiatrists to give a medical justification to the Nazis for forfeiting human rights of the “mentally inept and inferior”, is still in use today to strip Floridians of their basic rights under the Baker Act.
“Parents regularly call CCHR with heartbreaking stories of unnecessary and unjust initiations of the Baker Act were children as young as 5 years-old are sent for involuntary psychiatric evaluation,” stated Sebastian Egloff. “The children of this state need to be better protected and parents need to have their fundamental rights restored.”
Miller, who has been working with CCHR as an advocate to help educate parents on the law and what rights they do have, particularly pointed out that the Baker Act allows children to be removed from school grounds and sent for involuntary examination without parental consent or knowledge but that the law appears to be over used and abused as evidenced by the ever increasing numbers of people taken into custody and sent for involuntary examination.
“I was overjoyed when I found CCHR as I had never seen an organization working to expose the abuses under the Baker Act and am so glad to be working with them to help reform it and return parental rights,” stated Miller.
Individuals interested in learning more about the Baker Act and their rights under the law are encouraged to visit the CCHR center located at 109 N. Fort Harrison Ave. in downtown Clearwater.  For more information please call 727-442-8820 or visit www.cchrflorida.org.
About CCHR:
Initially established by the Church of Scientology and renowned psychiatrist Dr. Thomas Szasz in 1969, CCHR’s mission is to eradicate abuses committed under the guise of mental health and enact patient and consumer protections.
It was L. Ron Hubbard, the founder of Scientology, who brought the terror of psychiatric imprisonment to the notice of the world.  In March 1969, he said, “Thousands and thousands are seized without process of law, every week, over the ‘free world’ tortured, castrated, killed.  All in the name of ‘mental health.’”