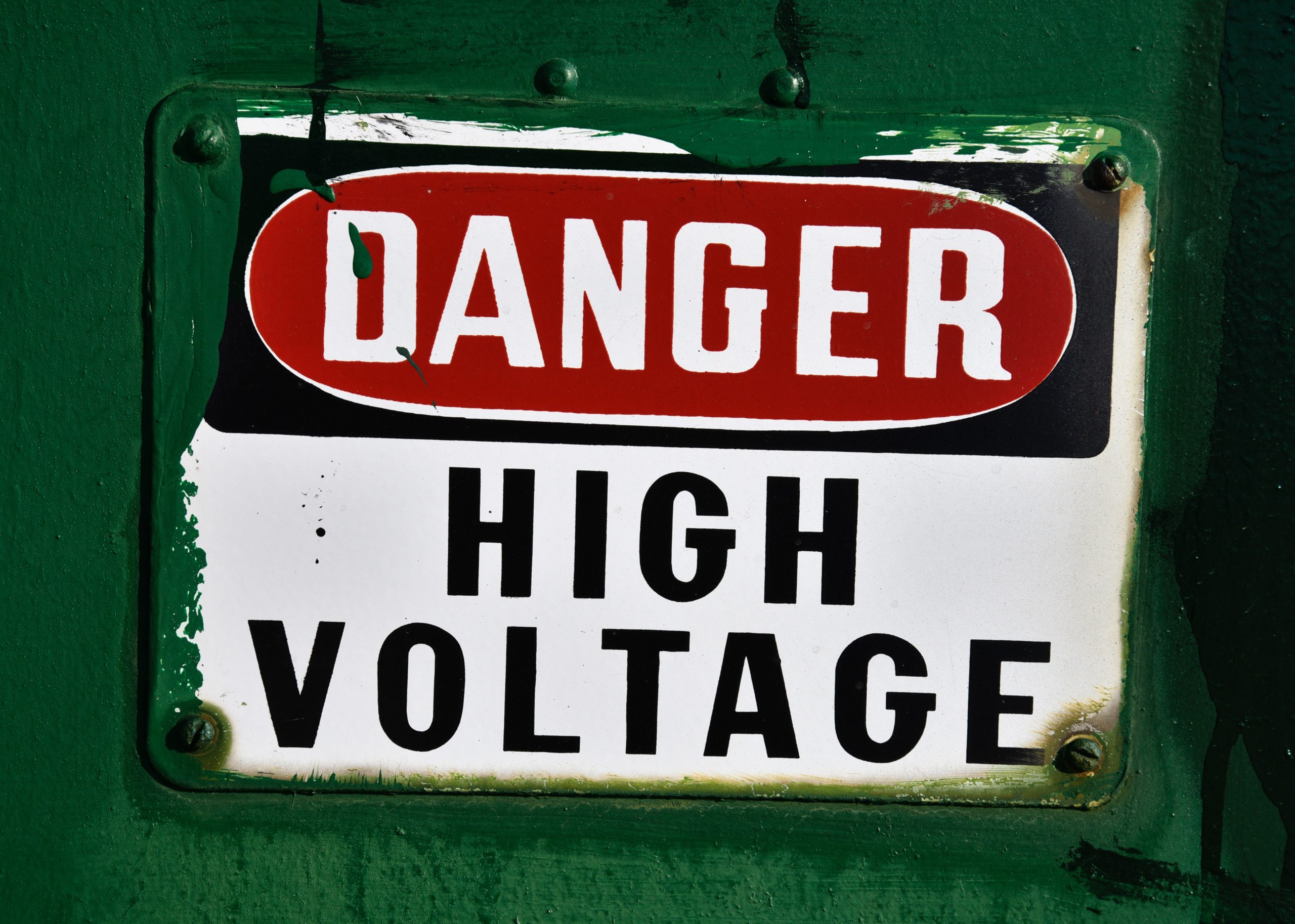 The Food and Drug Administration (FDA) has approved a device to zap a low-level electrical pulse through the forehead of 7-12 year olds as treatment for Attention Deficit Hyperactivity Disorder (ADHD). [1] But the mental health watchdog, Citizens Commission on Human Rights (CCHR), says that unsatisfied with the drugging of millions of children with mind-altering drugs associated with mania, psychosis, suicide and even death, psychiatrists have now turned to the FDA to approve a device that electro-shocks children into docility. This is yet another harmful psychiatric electricity-based practice being passed off as “therapy,” misleading parents into thinking their child will be “safe” undergoing it, CCHR says.
The Monarch eTNS System device costs around $1,000, according to CNN.  A patch placed on the forehead uses a 9-volt lithium battery stimulation that creates a “tingling sensation” on the skin between the eyebrows. [2] Jan Eastgate, president of CCHR International says, “This latest practice of zapping a lack of focus sends a wrong message to children. Psychiatrists want them to believe that electricity pulsing through their brain while they sleep will help control impulsive behavior, despite no clinical study proving their behavior is a neurobiological condition.”
Recently, the FDA also cleared the usage of electroshock treatment—up to 460 volts of electricity through the brain—for adolescents aged 13 and above with “bipolar” disorder.  Yet the FDA admits that it does not regulate medicine and therefore, how psychiatrists administer electroshock—a free-for-all license for committing “mental euthanasia” on any child, Eastgate adds.  She called on people to sign CCHR’s petition to ban ECT.
Freedom of Information requests CCHR filed in seven U.S. states reveal that psychiatrists are electroshocking kids aged five and younger.
Psychiatrists admit they don’t know how ECT “works.” Nor are there clinical studies proving safety and efficacy of ECT devices. Likewise, the exact mechanism of the Monarch eTNS System and its long-term effects is unknown. [3]
As Forbes pointed out: “There are nearly a dozen neurostimulation devices on the market that claim to improve cognitive function by allowing you to zap your brain with a small electrical current. But just because you can now do this at home doesn’t mean it’s a good idea. ECT uses electrical current in the range of 600-1000 milliamps…But you’re welcome to zap your brain with a much lighter touch of roughly 1-2 milliamps from the comfort of your couch for anywhere between $99 and $800 dollars. That is, if you don’t mind leaving the state of your brain up to chance.” [4]
The marketing hype fed parents for this new device is likely to go something like this: The “zapping” ADHD device is a “noninvasive treatment” and less risky that cocaine-like amphetamines or stimulants currently prescribed to treat “ADHD.” This avoids drug side effects like anorexia, poor growth and cardiovascular problems.
Jessica Baron, writing in Forbes noted, “While it’s true that the [neurostimulation] electrodes don’t penetrate your head, they must produce enough current to reach the brain in order to have any effect at all.  Calling these products ‘noninvasive’ is merely a marketing technique and a misleading one if you ask me.” [5]
Researchers do not understand the effects of long-term use of brain stimulation, but say that no brain region exists in isolation. Modulating one brain area may impact on other areas. [6]
Nick J. Davis Ph.D. from the Department of Psychology, Swansea University, UK, explains that because the brain continues to develop until the age of 20, stimulation in children and adolescents would have a stronger impact.
Davis said there is evidence that enhancing one aspect of cognition may be detrimental to other cognitive faculties. “There is also the worrying possibility that electrical stimulation of the skull may induce or inhibit bone growth, an issue of particular importance in children whose cranial bones are not yet fused. This latter possibility has not been explored in human volunteers in brain stimulation experiments,” Davis wrote in 2014. [7]
Davis pleaded for “calm and caution” when opting for stimulation device use in children because serious effects of transcranial stimulation include seizure, mood changes or induction of hyper- or hypo-mania.
“For years, FDA has ignored the practice of psychiatrists electroshocking 0-5 year olds,” Eastgate said.  Carlos Peña, Ph.D., Director, Division of Neurological and Physical Medicine Devices Office of Device Evaluation Center for Devices and Radiological Health, claims: “This new device offers a safe, non-drug option for treatment of ADHD in pediatric patients. He also fronted for the FDA when it reduced the risk classification of the brain-damaging ECT device, stating it was safe and effective, while not providing clinical trials from the manufacturers as evidence.  Further, Peña was part of an FDA hearing in 2014 investigating the practice of aversive conditioning electrical devices to modify undesirable behavior. [8] In that case, FDA recommended a ban on a device used at the Judge Rotenberg Center in Massachusetts that zaps special-needs residents with an electric shock machine that delivers charges of up to 41 milliamps – 10 times the amperage used in most stun guns – to the body via electrodes on the skin. [9] To date, the FDA has not removed the device from the market. [10]
CCHR says ongoing dangerous decisions by the FDA warrant a Congressional investigation.
Sources:
[1] “FDA approves breakthrough medical device to treat ADHD in children,” CBS News, 24 Apr. 2019, https://www.cbsnews.com/news/fda-approves-breakthrough-adhd-medical-device-to-treat-children/; https://www.phillyvoice.com/first-medical-device-treat-adhd-no-drugs/
[2]https://www.reddit.com/r/tDCS/comments/1kpqpx/trigeminal_nerve_stimulation_tns_shows_promising/
[3] “First medical device approved to treat children with ADHD,” Voice, 24 Apr. 2019, https://www.phillyvoice.com/first-medical-device-treat-adhd-no-drugs/
[4] Jessica Baron, “At-Home Brain Stimulation – What Could Possibly Go Wrong?,” Forbes, 16 Nov. 2018, https://www.forbes.com/sites/jessicabaron/2018/11/16/at-home-brain-stimulation/#67836ffe4413
[5] Jessica Baron, “At-Home Brain Stimulation – What Could Possibly Go Wrong?,” Forbes, 16 Nov. 2018, https://www.forbes.com/sites/jessicabaron/2018/11/16/at-home-brain-stimulation/#67836ffe4413
[6] Nick J. Davis, Department of Psychology, Swansea University, Swansea, UK “Transcranial stimulation of the developing brain: a plea for extreme caution,” Frontiers in Human Neuroscience, 5 August 2014, https://www.ncbi.nlm.nih.gov/pmc/articles/PMC4122183/
[7] Op cit. Nick J. Davis.
[8] https://www.cbsnews.com/htdocs/pdf/00_2014/08-2014/24-Hour-Meeting-Summary-Aversive-Conditioning-final4-28.pdf
[9] “’It’s torture’: critics step up bid to stop US school using electric shocks on children,” The Guardian, 16 Nov. 2018,
https://www.theguardian.com/us-news/2018/nov/16/judge-rotenberg-center-massachusetts-electric-shocks
[10] https://www.npr.org/2019/01/23/687636057/massachusetts-school-defends-use-of-electric-shock-treatments

← Hooked on Psychiatric Drugs? Mental Health Watchdog, CCHR, Advises Reporting the Abuse and to Take Action Rise in Suicides Prompts CCHR to Call for an Investigation into the Failure of Mental Health Programs →