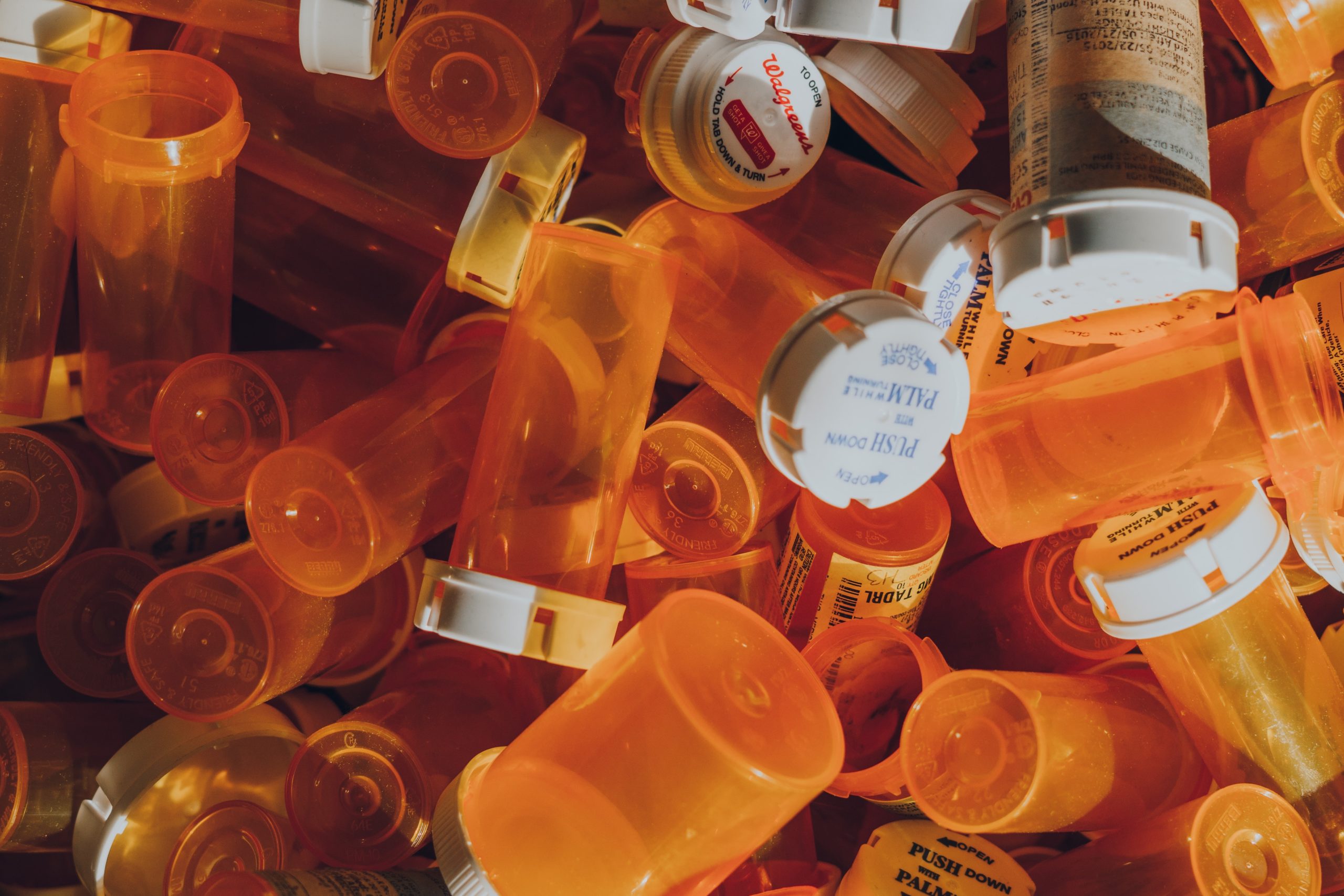 [vc_row][vc_column][vc_column_text]The Citizens Commission on Human Rights (CCHR), a mental health watchdog—one of the first groups to expose the violence and suicide-inducing effects of antidepressants in 1989—are advising people to report psychotropic drug adverse reactions, including addiction, in light of recent reports. They advise consumers to take action when they are not adequately warned of side effects while taking the drugs or while withdrawing from them.
Responding to CCHR’s concerns about antipsychotics causing irreversible damage, the Florida legislature recently adopted a resolution recognizing May 5-11, and the first week in May every year thereafter as “Tardive Dyskinesia Awareness Week”. Tardive Dyskinesia is marked by involuntary movement of the lips, tongue, jaw, fingers, toes and other body parts. CCHR research found that at least 500,000 Americans prescribed antipsychotics could suffer from this side effect.
Tardive Dyskinesia is just one of many side effects associated with psychiatric drugs. There are at least 17 drug regulatory agency warnings of addiction or withdrawal effects linked to psychiatric drugs, including antidepressants. With more than 34 million Americans taking antidepressants in 2013-14, addiction and withdrawal from psychiatric is a growing problem.
British psychiatrist, Joanna Moncrieff, writing in Critical Psychiatry said, “We associate withdrawal effects with long-term use, but in fact, the body can change, temporarily, even after a single dose of a drug.” Withdrawing from antidepressants and benzodiazepines (sedative hypnotics like diazepam and alprazolam) can take “years after the drugs are stopped,” Moncrieff warned. [1]
On April 1, The New Yorker provided an example of the all too often scenario of doctors and psychiatrists doling out cocktails of mind-altering drugs, then increasing the dosages as fast as it takes to pick up a prescription pad.
In the article, “The Challenge of Going Off Psychiatric Drugs,” these risks were exposed through the story of Laura Delano, whose father is related to Franklin Delano Roosevelt. As a teenager, Laura mimicked fellow students cutting themselves and was referred to a psychiatrist who prescribed a mood stabilizer. Later, she was prescribed 20 milligrams of the antidepressant, fluoxetine and, when she “didn’t feel better, her dose was increased to 40 milligrams, and then to 60.” During her junior year, a pharmacologist raised this to 80 milligrams, the maximum recommended dose. This made her drowsy, so he prescribed 200 milligrams of modafinil, a drug soldiers and truck drivers take to stay awake during overnight shifts. [2]
According to The New Yorker, “In the course of a year, her doctors had created what’s known as ‘a prescription cascade’: the side effects of one medication are diagnosed as symptoms of another condition, leading to a succession of new prescriptions.” Subsequently, Laura attempted suicide by overdosing on the unhelpful pills. However, she was found and admitted to a New York psychiatric facility, where she was started on another round of psychotropics. As the drugs changed, so did the diagnoses from the American Psychiatric Association’s “billing bible,” the Diagnostic & Statistical Manual for Mental Disorders (DSM). At one point Laura was taking seven different drugs, including two antipsychotics, lithium and a medication to treat hypothyroidism, a side effect of the lithium.
Eventually, there were happier times for Laura, although only after she began tapering off the drugs, which CCHR stresses should be done under medical supervision.
CCHR says it is common for psychiatrists to cover up the iatrogenic effects of the drugs they prescribe by diagnosing adverse effects as another disorder. While there are many DSM disorders for putting patients on mind-altering drugs, as The New Yorker points out, there are almost no studies on how or when to go off psychiatric drugs, a situation that has created what one doctor calls a “national public-health experiment.” [3]
Dr. Moncrieff points out that the symptoms of benzodiazepine and antidepressant withdrawal “usually improve gradually” but this could take “months and sometimes years.” [4]
In April 2018, The New York Times also reported that “many people taking antidepressants discover they cannot quit.” In this article, Victoria Toline said it took her nine months to wean off the antidepressant she’d been prescribed. The New York Times article cited a survey of 250-long term users of psychiatric drugs—most commonly antidepressants—where about half who wound down their prescriptions rated the withdrawal as severe. Nearly half who tried to quit could not do so because of these symptoms. [5]
Dr. Joseph Mercola also weighed in on antidepressant risks in an article this month, “What Does the ‘Best Evidence’ Say About Antidepressants?” He reported that antidepressant drugs are “among the least effective.” [6]
CCHR says its publications and award-winning documentaries long ago dispelled the myth that a “chemical imbalance” caused depression, requiring an antidepressant to correct it. It also exposed how an antidepressant manufacturer invented the term “discontinuation syndrome” to obfuscate the addictive potential of antidepressants. Psychiatrists profit from “Antidepressant Discontinuation Syndrome” which has its own billing code in the DSM. [7]
They profit also from drug damage. Pharmaceutical companies and psychiatrists covered up how antipsychotics can also cause “neuroleptic malignant syndrome” (NMS)—a potentially fatal toxic reaction where patients break into fevers and become confused, agitated and extremely rigid. An estimated 100,000 Americans have died from it. Both Tardive Dyskinesia and NMS feature in DSM as billable disorders to treat.
CCHR’s psychiatric drug side effects database assists consumers to wade through the facts of drug risks, while its report Psychiatric Drugs Create Violence and Suicide educates about these specific dangers. This is why the group internationally, including in Florida, urges families of people damaged from psychiatric drugs and other treatments to report the abuse and take action.
Sources:
[1] Joanna Moncrief, “Persistent withdrawal and lasting damage from prescribed drugs,” Critical Psychiatry, 1 Apr. 2019, https://joannamoncrieff.com/2019/04/01/persistent-withdrawal-and-lasting-damage-from-prescribed-drugs/
[2] Rachel Aviv, “The Challenge of Going Off Psychiatric Drugs,” The New Yorker, 1 Apr. 2019, https://www.newyorker.com/magazine/2019/04/08/the-challenge-of-going-off-psychiatric-drugs
[3] Ibid.
[4] Op cit. Joanna Moncrief.
[5] “Many People Taking Antidepressants Discover They Cannot Quit,” New York Times, 7 Apr. 2018, https://www.nytimes.com/2018/04/07/health/antidepressants-withdrawal-prozac-cymbalta.html
[6] Dr. Joseph Mercola, “What Does the ‘Best Evidence’ Say About Antidepressants?” Mercola.com, 4 Apr. 2019, https://articles.mercola.com/sites/articles/archive/2019/04/04/antidepressants-health-risks.aspx
[7] Lenora KM, “Antidepressant Discontinuation Syndrome DSM-5 995.29 (T43.205A),” ThriveWorks 16 June 2017, https://thriveworks.com/blog/antidepressant-discontinuation-syndrome/[/vc_column_text][/vc_column][/vc_row][vc_row][vc_column][vc_single_image image=”7224″ img_size=”full” add_caption=”yes” alignment=”center”][/vc_column][/vc_row]