Tens of Thousands of Children Taken into Custody: The Baker Act Must Be Reformed 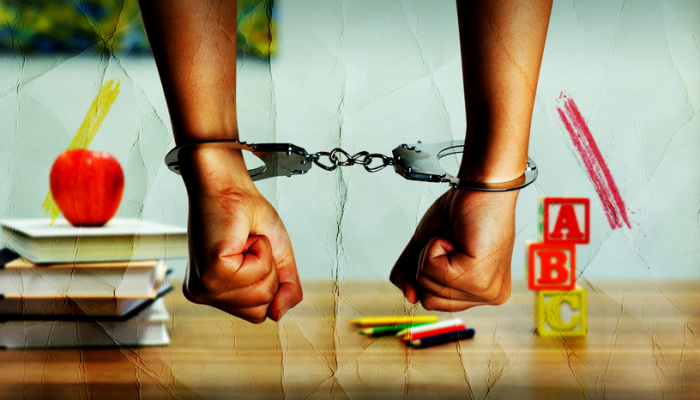 Baker Act abuse runs rampant and calls for reformation are resounding from press to parents. CCHR says it is time for change, one that is a long time coming.

Fifty years of Baker Act abuse and maltreatment is more than enough for Florida citizens, practitioners, and press. One of the prime Baker Act problems in its abuse is the lack of communication with parents. Parents should be involved as soon as a child’s problems evolve not after the fact. As reported by the media, “The arrest of a six-year-old girl with special needs in Jacksonville earlier this month is renewing calls to change Florida’s Baker Act. The child was taken to a behavioral health center for two days and given anti-psychotic medication, without her mother’s consent.” [1] Much to the dismay of parents, the number of children being involuntarily examined at mental health facilities is increasing according to the Baker Act Reporting Center, a project of the College of Behavioral and Community Sciences at the University of South Florida. [2]

The Florida chapter of the Citizens Commission on Human Rights (CCHR) believes that the 50-year-old Baker Act is long overdue for reform. Parents must be engaged immediately and not as an afterthought.

“Parental and child rights are completely bypassed and ignored during the Baker Acting of a child,” stated the president of CCHR Florida Diane Stein. “Reform is a necessity and the call for change is not new.”

Last year, two Florida lawmakers worked to make some very needed changes in the law. Bills were proposed in both the Florida Senate and House of Representatives to make certain parents were notified as soon as a situation became apparent. The proposed changes were authored by Rep. Jennifer Webb and Senator Gayle Harrell and their bi-partisan leadership was applauded in the media. [3] “The two lawmakers came from different parties and represented constituencies on opposite coasts, but they had overlapping concerns about how the mental health law was used on students. Together, they got to work on bills that attack the problems they saw.” [3]

Unfortunately, these bills did not pass and based on past statistics tens of thousands of children paid the price. [2]

However, Senator Harrell is not one to easily give up on a chosen path and once again she has filed a bill that will require, among other changes, parental notification before the initiation of a Baker Act. [4]

In a statement made during an interview with FOX 29, Senator Gayle Harrell said “We want to make sure that everything is done to avoid that Baker Act. That should be the last option you should use on a child.” [6]

And Senator Harrell is not alone in this line of thinking with her current bill, Senate Bill 590, passing the first committee stop unanimously and with House Rep. Rene Plasencia filing an identical bill in the House.

“There is no question that the Baker Act needs to be reformed. When a six-year-old child can be hauled away from her school by law enforcement, placed in a mental health facility and allegedly drugged without permission, as in the case of Martina Falk’s daughter, something is terribly wrong,” stated Diane Stein.

Martina Falk and her daughter made national headlines after the school invoked the Baker Act on the little girl placing her in a facility for forty-eight hours and, according to reports, medicating her without Falk’s consent. “She’ll say, ‘mommy, I don’t want another shot,’” Falk says. “It’s very scary because I’m afraid of what happened to her.” [7]

About the Proposed Legislation

The solution, as recommended time and time again by both the Florida Supreme Court and the numerous Task Forces created to review the situation, is to amend the law. This year, once again, the bills filed in the Florida Senate and House which would help prevent children from being taken inappropriately into custody for involuntary psychiatric examinations. [8]

The bills, Senate Bill 590: Involuntary Examinations of Minors and House Bill 383: Involuntary Examinations of Minors, would amend the law so that schools must contact a parent or a legal guardian to notify them that their child is in danger of being sent for an involuntary psychiatric examination so that they may take appropriate measures in time. In creating this protection, the state would be prevented from infringing on the fundamental rights of a parent to be involved in any involuntary examination of their child. This change is also in alignment with a provision in the Baker Act law that the “help of willing family” can be taken into consideration as a solution instead of taken the child into custody. [9,10,11]

CCHR is dedicated to the protection of children and has been working to restore and protect the mental health human rights of all Floridians for decades. For information on how to protect your rights as a parent or report a Baker Act please call 1-800-782-2878.