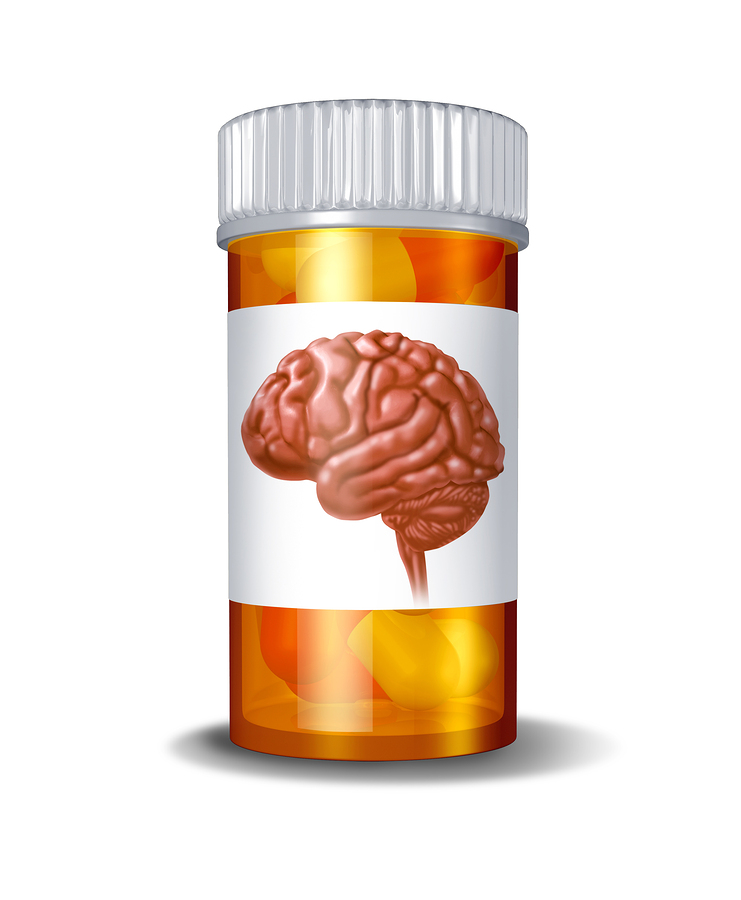 On the evening of June 17, 2015, Dylann Roof, age 21, carrying his .45-caliber handgun in a fanny pack, sat in the Emanuel African Methodist Episcopal Church in downtown Charleston, South Carolina and participated in a Bible study for about an hour. Then he took out his gun and shot 10 of the worshipers killing nine including the senior pastor the Rev. Clementa C. Pinckney, a state senator.
By what distorted mental process did he plan and execute such a horrific act?
No one in their normal mind could actually do such a thing. But Roof clearly was not in a normal state of mind.
Both the police and his friends reported that Roof had been taking prescription drugs that definitely affect a person’s mental state in a negative way.
Back in February, Roof went into the Columbiana Centre shopping mall in Columbia, S.C. having been pressured by his parents to look for a job. His behavior and conversation in the Bath and Body Works store appeared odd enough for mall employees to call in security.
The officer observed Roof to be very nervous and ended up searching the young man. He found Roof had a bottle of Suboxone strips, a Schedule 3 narcotic prescription drug used to treat opiate addiction and frequently sold illegally on the street. Roof admitted that he did not have a prescription for the drug and he was arrested and charged with felony drug possession.
In an interview given to the press, John Mullins, one of Roof’s high school friends stated that Roof had been “kind of wild”.
“He used drugs heavily a lot. It was obviously harder than marijuana. He was like a pill popper, from what I understood. Like Xanax, and stuff like that.”
Another friend discussed Roof’s recent drinking and the stories he told while drunk of “things he planned to do”.
Benzodiazepines such as Xanax and man-made opiates such as Suboxone are designed to be given only as prescription drugs – their use carefully monitored by medical doctors. That is conditional for FDA approval.
“In the treatment of opioid dependence is limited to physicians who meet certain qualifying requirements, and who have notified the Secretary of Health and Human Services (HHS) of their intent to prescribe this product for the treatment of opioid dependence and have been assigned a unique identification number that must be included on every prescription”
“Patients should be warned that it is extremely dangerous to self-administer nonprescribed benzodiazepines or other CNS depressants (including alcohol)while taking SUBOXONE sublingual film.”
“An overdose and even death can happen if you take benzodiazepines, sedatives, tranquilizers, antidepressants, or alcohol while using SUBOXONE.”
But the reality of their use by psychiatrists and medical doctors is never as carefully controlled as the warnings on their labels require. Nor is their inevitable illegal sale on the street brought to a halt.
Drugs, Not Guns Are the Problem
The normal response by politicians to such a shooting is to call for removing all guns from the hands of citizens rather than removing all mind altering drugs from the bodies of the citizens who pull those gun triggers.
To his credit Rick Perry, former Texas Governor and now 2016 Presidential Candidate, doesn’t feel guns are the problem but that medication is the problem.
Perry stated “I think there’s a real issue to be talked about: It seems to me — again, without having all the details about this one — that these individuals have been medicated. And there may be a real issue in this country, from the standpoint of these drugs, and how they’re used.”
Perry explained that he’s been very informed on the facts of how the military uses these drugs and added “the Veterans Administration, for instance, is handing out these opioids in massive amounts. And then people question: ‘Well, why can’t these young individuals get work?’ Or, ‘why is the suicide rate so high?”
“So, I mean, there are a lot of issues here underlying this that I think we as a country need to have a conversation about,” Perry concluded, “rather than just the knee-jerk reaction of saying, you know, if we can just take all the guns away this won’t happen.”
To date we don’t know if Roof has had any psychiatric treatment and drugs prescribed by them but it’s pretty clear he had obtained some psychoactive drugs on the street and friends saw his behavior change due to their use.
Suboxone – Addictive and Violent
Suboxone is a powerful psychoactive drug which is used in an attempt to break the addiction patients have to heroin or narcotic pain relievers.
It contains two primary ingredients — buprenorphine and naloxone. Buprenorphine is a synthetic opiate; naloxone is drug that blocks feelings of euphoria.
So, in theory, you stop taking heroin or pain killers, you take suboxone and get high but the high is not that good and so you decide it’s not worth it and then you quit your suboxone.
In fact the high is good enough that suboxone is sold illegally as a street drug.
It can lead to these psychiatric side effects as found on the Suboxone website:

It is equally addictive to the pain killers or heroin it replaces. The makers warn “Patients should be informed that SUBOXONEsublingual filmcan cause drug dependence and that withdrawal signs and symptoms may occur when the medication is discontinued”
Sample stories from Suboxone users show both its addictive properties and how it creates violent impulses.

Another feature of the Suboxone is that little kids eat it by mistake thinking it’s candy and in almost every such case they die from respiratory failure even when taken immediately for emergency medical care.
Who Makes Suboxone and Do They Care What It Does?
What has the maker of this wonder drug been doing to take responsibility for the effects of its product?
Reckitt Benckiser Pharmaceuticals, Inc. in Richmond, Virginia is the USA base of operations for this British drug manufacturer.
“Buprenorphine, which was first shipped to the United States Narcotic Farm and the government’s Addiction Research Center in Lexington, KY, in the mid-1970s, had a loyal following of government scientists who, over the next few decades, promoted a public-private partnership between the British company and U.S. government. The federal drug abuse institute also financed two initial trials at its clinical research sites— trials which were instrumental in getting FDA approval.
However, with growing concerns of abuse stemming from other countries’ experiences with the drug, the FDA was adamant about including an ‘abuse deterrent’ in the form of naloxone, known to cause somewhat painful withdrawal symptoms.  The result: Suboxone was born, consisting of four parts buprenorphine and one part naloxone.  The FDA approved Suboxone in late 2002, and its pure buprenorphine counterpart, Subutex, in late 2009.  In addition, the FDA gave Reckitt Benckiser a seven-year monopoly based on the company’s assertion that it could never recoup its development costs.
Reckitt currently has a market value of $56.7 billion with 21 percent of its operating profits coming from Suboxone.  In the U.S., Suboxone generated sales of $1.55 billion last year.” (2013)
After this free ride at taxpayer expense Reckitt Benckiser continued with the usual schemes paying 400 to 500 doctors to be advocates of the drug, then when their patent was running out, bad mouthed the generic form of their own tablet and somehow convinced the FDA to license their Suboxone strip – an individually wrapped film with a traceable bar code that is patent protected until 2023.
Their sneaky tricks caught the eye of the federal government and in Dec 2013 Federal agents from the U.S. Office of Inspector General, IRS, and police officials marched with warrant in hand into Reckitt Benckiser Pharmaceutical offices in VA and worked until late at night carrying out documents and other files.
“A search warrant is normally issued and executed only when the prospective charges are quite serious and, more importantly, when the Government strongly suspects that records may be destroyed and simply can’t trust the company to comply with the subpoena.  Although we can’t speculate on the criminal charges the Government may be contemplating, we can be fairly certain that Reckitt and at least a few of its executives are facing some tough times ahead.”
The New York Times reported the FDA had asked the Federal Trade Commission to investigate potentially anti-competitive business practices by the company. The case is still in the courts in June 2015
More may come to light regarding Dylann Roof’s drug use and mental health treatment history but with what is known at this time it appears he will be added to America’s list of those who killed others while in a state of mind influenced by a psychoactive drug.
SOURCES:
http://www.nytimes.com/2015/06/19/us/on-facebook-dylann-roof-charleston-suspect-wears-symbols-of-white-supremacy.html?_r=0
http://www.cbsnews.com/news/south-carolina-shooting-suspect-idd-as-dylann-storm-roof-21/
http://www.theguardian.com/world/2015/jun/18/dylann-roof-south-carolina-charleston-shooting-suspect
http://www.buzzfeed.com/ilanbenmeir/rick-perry-psychiatric-medication-may-have-been-a-factor-in#.sqDOoa1mBy
http://naturalsociety.com/suboxone-the-psych-drug-which-may-have-triggered-the-charleston-church-shooting/
http://www.drugs.com/sfx/suboxone-side-effects.html
http://www.suboxone.com/content/pdfs/prescribing-information.pdf
http://www.fda.gov/downloads/Drugs/DrugSafety/UCM225677.pdf
http://www.lexology.com/library/detail.aspx?g=836a4b03-cc61-4f07-8017-b3f6d2f55476
http://www.cnn.com/2015/06/19/health/suboxone/
http://www.dailymail.co.uk/news/article-3131524/Race-hate-killer-Dylann-Roof-taking-drug-causes-violent-outbursts.html
https://suboxoneabuse.wordpress.com/category/suboxone-and-violence/
http://www.mdjunction.com/forums/addiction-discussions/general-support/10035871-can-coming-off-suboxone-make-you-violent-