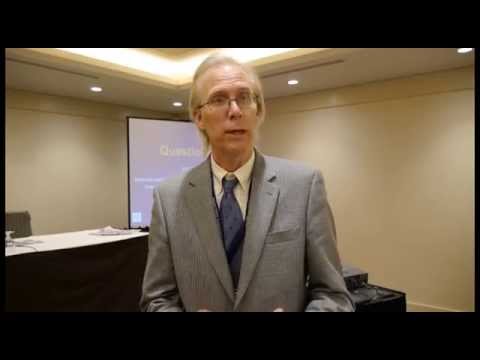 All cognitive ability is restored after 15 days, according to Rosenquist.”
As mentioned already, patient reports of memory loss indicate this 15 day period is untrue.
Interviewed in the APA meeting in Toronto, Rosenquist had this to say about using Clozapine along with ECT:
“You’re really probably not done treating a patient with schizophrenia if you’ve not tried clozapine and if you’ve not tried clozapine plus ECT because there’s some very good work recently done by Dr. Petrides and others showing that the combination is far superior to either of those treatments alone.”
When asked if there were any disadvantages or shortcomings associated with using ECT in practice, he replied:
“I’m not sure I would use the word shortcomings – it’s a very effective treatment for some population of individuals. It’s not for everyone. We certainly understand there are risks and benefits to every treatment and those ECT practitioners and those who refer for ECT need to understand the nature of their patient’s illness and whether they in fact are healthy enough to have ECT.”
Exactly how healthy does a person need to be to connect their brain to a device capable of 450 volts? No patients should ever qualify for this treatment.
SOURCES:
http://psychnews.psychiatryonline.org/doi/full/10.1176/appi.pn.2015.6b16
https://www.youtube.com/watch?v=szkvbaUvGvYHYPERLINK “https://www.youtube.com/watch?v=szkvbaUvGvY&list=PLt9eDVw57IwUmiJ9WUr0tDcJrrKrbUvWt&index=2″&HYPERLINK “https://www.youtube.com/watch?v=szkvbaUvGvY&list=PLt9eDVw57IwUmiJ9WUr0tDcJrrKrbUvWt&index=2″list=PLt9eDVw57IwUmiJ9WUr0tDcJrrKrbUvWtHYPERLINK “https://www.youtube.com/watch?v=szkvbaUvGvY&list=PLt9eDVw57IwUmiJ9WUr0tDcJrrKrbUvWt&index=2″&HYPERLINK “https://www.youtube.com/watch?v=szkvbaUvGvY&list=PLt9eDVw57IwUmiJ9WUr0tDcJrrKrbUvWt&index=2″index=2
http://icahn.mssm.edu/research/clinical-trials/health-topics/aging/09-0429
http://www.psychiatrictimes.com/authors/charles-h-kellner-md#sthash.8wfjcSJ3.dpuf
http://www.psychiatrictimes.com/geriatric-psychiatry/ect-treatment-resistant-depression-state-art
http://bjp.rcpsych.org/content/194/2/165
http://psychcentral.com/lib/dr-daniel-fisher-on-ect/
http://asserttrue.blogspot.com/2015/05/electroconvulsive-therapy-suicide-and.html#