Psychiatrists Complain They Get No Respect – Stats Prove It! 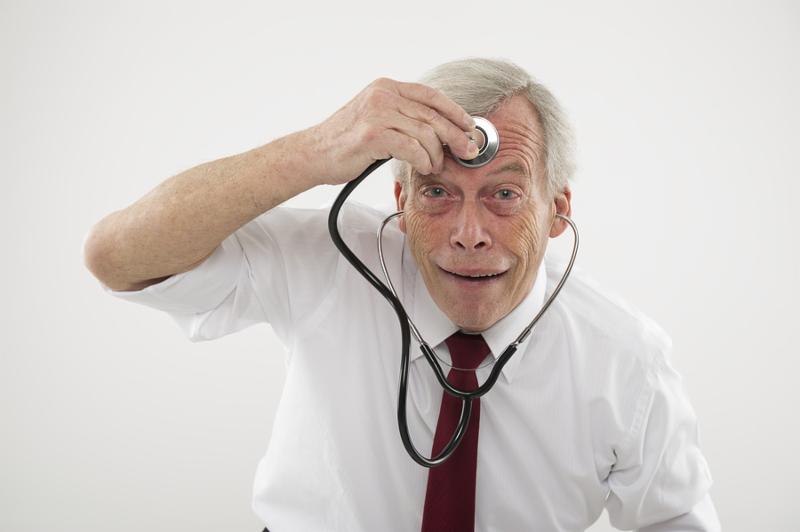 Echoing 1970s comedian Rodney Dangerfield’s iconic one-liner, psychiatrists are complaining that they “get no respect”. 1
Why would this be? Really, it’s no mystery.
By their own admission psychiatry attracts medical students with lower board scores and fewer academic honors than their professional peers. And in a 2012 Gallup poll, 70 percent of Americans that were surveyed rated medical doctors as “high” to “very high” in standards of honesty and ethics. Comparatively, psychiatrists got a measly 41 percent rating in the area of ethics.
Equally flabbergasting to this profession is the general perception that psychiatry is nothing but a pseudoscience. In fact, in a study presented to the Royal College of Psychiatry in Great Britain it was discovered that over half of all patients were unaware that psychiatrists have a degree in medicine. And 47% of these respondents also asserted they would “feel uncomfortable sitting next to a psychiatrist at a party.” 2
What is wrong with this picture? Actually, nothing.
The fact that psychiatrists are highly critical of their own professional ability broadcasts a terrific lack of self-worth. Why would their potential patients feel otherwise?
Fourth year medical student, and soon-to-become psychiatrist, Nathaniel P. Morris writes in Scientific American , “In hospitals across the nation, psychiatrists often distance themselves from their medical training, refusing to perform physical exams on patients and consulting other specialists for basic medical questions. Don’t we also complete medical school and residency? Psychiatrists must be able to maintain their clinical skills and to recognize the varied medical causes of psychiatric symptoms…”
Mr. Morris continues, “Then there’s the matter of medications. Many label psychiatrists as ‘pill pushers’, and higher insurance reimbursements for drugs over talk therapy have indeed driven increased prescription practices. Yet psychiatrists also bear some of the blame for this reputation. Too often, we turn to the prescription pad when we should be taking the time to sit down and to figure out the root causes of a patient’s symptoms. It’s far easier to change a dose or add another pill than to do the hard work necessary to treat mental illness. These shortcuts are convenient, but detrimental to both the profession’s reputation and patient care.”
And yet, Mr. Morris seems perplexed by the lack of public confidence placed in his chosen profession. In fact, he professes that this is a time when “when we need psychiatrists most.” He mentions that the ranks of practicing physicians increased by 14.2 percent between 2003 and 2013, yet the number of practicing psychiatrists actually decreased by 0.2 percent.
Who Pays for Psychiatric Care,  Anyway?
With so much criticism of psychiatry both inside the profession itself and external to it, how will it manage to stay afloat as a profession? No worries! The enterprising Mr. Morris has come up with a solution.
“There are many ways to fix this problem. Congress could approve federal funding for additional slots in psychiatry residencies. Reimbursement incentives might attract clinicians to the field. The White House recently promised $500 million to increase access to mental-health care. Let’s hope that includes recruiting more providers.” 3
But taxpayers, whose hard-earned money is already used to prop up this failing profession, may not be  as enthusiastic as Mr. Morris. Not that this has deterred both recent and current administrations hell- bent on self-destruction from continuing to administer intravenous feedings of government money to psychiatry.
Like the undead in a grade B horror flick, psychiatry stumbles through the population inflicting destruction without prejudice. The elderly, veterans, teenagers, grade school kids and even babies in their mother’s wombs are defenseless against its ravages.4
Thus constant alertness is required to protect oneself and one’s loved ones from psychiatrists and their barbaric solutions to mental distress. If psychiatric students paid closer attention to their medical training, perhaps they’d understand why their treatments are harmful and often deadly.