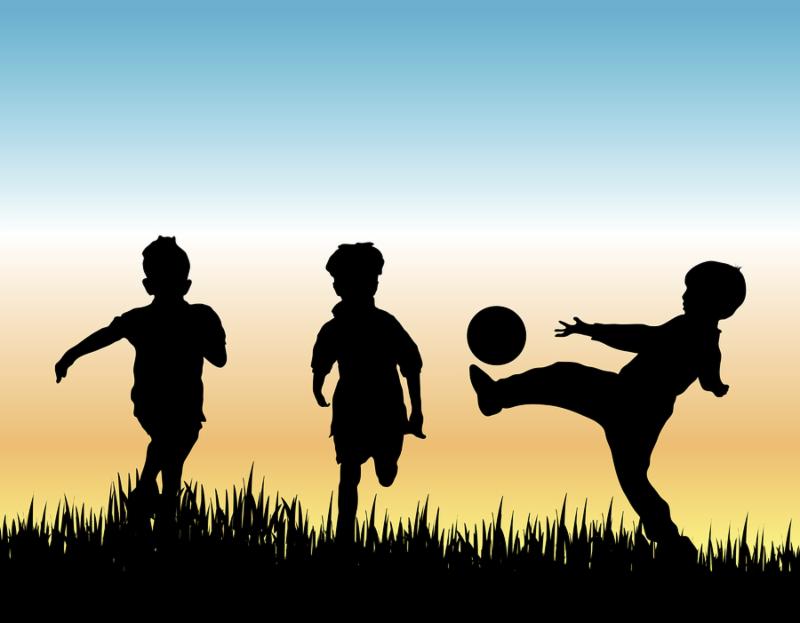 Dr. Gregory Ramey is a pediatric psychologist and the executive director for the Center for Pediatric Mental Health Resources at The Children’s Medical Center of Dayton, Ohio.
Dr. Ramey is a member of the American Psychological Association and the Ohio Psychological Association and recently reported in his weekly parenting column in the Dayton Daily News that there is a new magic pill proven to dramatically improve the mental and physical health status of children.
One of course expects the article to reveal the latest antidepressant or ADHD drug, but Dr. Ramey surprises the reader – his magic pill is exercise! [1]
He cites confirmed scientific studies by The Centers for Disease Control and Prevention, the leading national public health institute of the United States. (The CDC is a federal agency under the Department of Health and Human Services and is headquartered northeast of Atlanta, GA)
Exercise and Physical Health in Kids
The CDC found that when children did daily exercise, physical improvements were noted in the kids’ cardiac system, bone and muscle strength, and resistance to disease. Additionally those with chronic illnesses such as diabetes experienced substantial improvements in their health and this “pill” virtually eliminated childhood obesity.
The CDC states these facts about physical activity:

What type of exercise needs to be done and for what time period daily in order for children to obtain these results? The CDC says:
“The U.S. Department of Health & Human Services recommends that young people aged 6–17 years participate in at least 60 minutes of physical activity daily.” [3]
The CDC also explains the types of exercise needed.
“Aerobic activity should make up most of your child’s 60 or more minutes of physical activity each day. This can include either moderate-intensity aerobic activity, such as brisk walking, or vigorous-intensity activity, such as running. Be sure to include vigorous-intensity aerobic activity on at least 3 days per week.
“Include muscle strengthening activities, such as gymnastics or push-ups, at least 3 days per week as part of your child’s 60 or more minutes.
“Include bone strengthening activities, such as jumping rope or running, at least 3 days per week as part of your child’s 60 or more minutes.” [4]
Exercise and Mental Health in Kids
Dr. Ramey pointed out, “Researchers were amazed at the effects on children’s mental health, with a significant impact on reducing anxiety and depression and improving kids’ self-concepts. For children with so-called attention deficit problems, this medication resulted in improvements in academic performance, memory, concentration and attentiveness.” [5]
Isn’t that the goal of antidepressant and ADHD drugs?
Well, now it can be achieved with very minimal cost and the side effects of exercising are virtually non-existent.
Dr. Ramey offers four key actions that parents should do to successfully develop good exercise habits in their children:

More Professional Studies Validating Exercise over Drugs
There are additional studies that support what Dr. Ramey and the CDC are saying about the value of exercise in supporting normal mental health in children without the use of drugs.
Dr. Karen Dineen Wagner is the Marie B. Gale Centennial Professor and Vice Chair in the department of psychiatry and behavioral sciences and Director of Child and Adolescent Psychiatry at the University of Texas Medical Branch at Galveston. She is the Child and Adolescent Psychiatry columnist for Psychiatric Times.
In the January 28, 2015 issue she examined several studies on child adolescent psychiatry and concluded, “There is increasing evidence for mental health benefits of exercise in children.” [7]
The various studies explored the effects of physical activity on fitness, brain function and cognitive function, whether children with ADHD would show improved attention with exercise, and the relationship between depression and exercise in children and adolescents. All three studies showed positive improvements with simple exercise.
Dr. Wagner concludes,
“Overall, studies provide support for the benefits of physical exercise in children and adolescents on executive function (control of attention, memory, reasoning, problem solving and planning), brain activity, and depressive symptoms. According to Healthy People 2020, the target for physical activity in adolescents is 60 or more minutes of daily aerobic activity.5 It is unlikely that the majority of youths achieve this target. The importance of physical activity should be promoted in the school setting as well as in after school activities. Parents should also encourage their children to be involved in physical activities.” [8]
Another two year study was conducted with 4,594 seventh and eighth grade boys and girls. Scientists found that when the exercise levels went up, depression symptoms went down, but when the amount of exercise was reduced depression scores went up rapidly among the inactive kids.
The research team noted that exercise for depressive moods is very important for children and antidepressant medication is still of questionable safety. The team felt that “regular exercise might well prove to be a safe, drug-free and effective option for kids fighting feelings of depression.” [9]
How Does Florida Rank in Exercise for School Kids?
Unfortunately, it’s not the best.
The CDC report for 2013 showed these statistics for high school students:
Physically active at least 60 minutes/day        Girls 17.7%  Boys 36.6%
Attended physical education classes daily      Girls 24.0%  Boys 34.9% [10]
State law requires elementary school children to have at least 150 minutes of exercise a week. [11]
That’s 50% less than the CDC recommended exercise to achieve beneficial results in physical and mental health.
Middle school children must take a semester of gym every year.
However, the Florida Legislature also added an opt-out clause beginning in 2009-10 and immediately tens of thousands of kids, kindergarten through eighth grade, have opted out of exercise with a note from one of their parents.
In some Florida schools 80% of the kids are skipping gym. [12]
Psychiatrists in Florida are constantly claiming more and more kids need their help for depression and ADHD. The psychiatric profession and its minions lobby the legislature year after year, begging for more funding for mental health treatment which boils down to antidepressants, antipsychotics and various ADHD drugs.
Instead of considering such increases in funding for the failed psychiatric solution, the Florida legislature could now apply proven science by increasing funding for exercise programs and facilities in our state and eliminate the costly and dangerous drug solution offered by psychiatry.