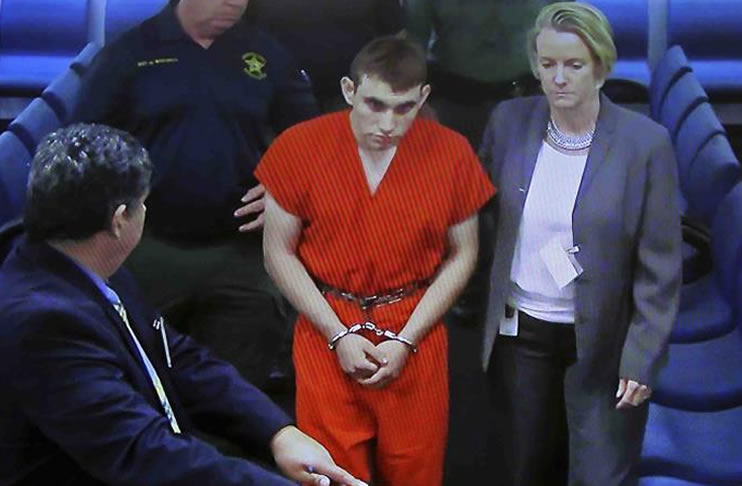 The Citizens Commission on Human Rights(CCHR) of Florida, a non-profit mental health watchdog dedicated to investigating and exposing abusive psychiatric practices in the name of mental healing, is calling upon Florida lawmakers to first investigate the plausible link between psychiatric drugs and violence before taking the advice of mental health professionals to increase funding and amend the mental health law.
Recently the nation and the world was shaken by an act of lethal violence when Nikolas Cruz opened fire at Marjorie Stoneman Douglas High School killing 17 students and teachers. Although there can be many reasons for this horrific tragedy, CCHR warns that the prevalence of psychotropic drug use amongst America’s children may be driving a percentage of these young people to commit acts of violence.
For the past 20 years, CCHR has been investigating and exposing the correlation between mass murder, violent crime, suicide and psychiatric drugs. During this time CCHR has reported that those taking or withdrawing from psychiatric drugs have committed at least 36 school shootings and/or school-related acts of violence.[1] This correlation is not surprising when you consider that prescribed psychiatric drugs, such as antidepressants, antipsychotics, stimulants, and anti-anxiety drugs, have been documented by 27 international drug regulatory agency warnings, including the U.S. FDA, to cause side effects of mania, hostility, violence, and even homicidal ideation in a percentage of those prescribed.[2]
The apparent link between psychiatric drug-violence is also frequently made public by law enforcement. It was the case with 12-year-old Jose Reyes, who opened fire at Sparks Middle School in Nevada in October 2013, killing a teacher and wounding two classmates before committing suicide. The police investigation revealed that he had been prescribed the generic form of the antidepressant Prozac (fluoxetine) and had it in his system at the time of death.[3] It was also true for 15-year-old Hammad Memon, who shot and killed another student at his middle school in Huntsville, Alabama in February 2010. Memon had a history of treatment for ADHD and depression and was taking the antidepressant Zoloft and “other drugs for the conditions” and had been seeing a psychiatrist and a psychologist.[4] And the story was the same for 15-year-old Kip Kinkel of Springfield, Oregon who murdered his parents on the morning of May 21, 1998 before heading to school, where he killed two students and wounded another 25. Kinkel had been prescribed Prozac.
According to CCHR an investigation into the link is long overdue when you take into consideration that between 2004 and 2012 the FDA’s safety information and adverse event reporting program, known as MedWatch, received a staggering 14,773 reports of psychiatric drugs causing violent side effects, including 1,531 cases of homicidal ideation/homicide, 3,287 cases of mania, and 8,219 cases of aggression.
“Throwing money at a mental health system that keeps failing and continues to use drugs that may induce violent and suicidal behavior in a percentage of those taking them will not prevent another tragedy,” stated Diane Stein, President of the Florida chapter of CCHR. “Cruz is a prime example of this failure – he was apparently medicated and in the mental health system but this did nothing to stop him.”[5]
Instead CCHR is urging Florida lawmakers to immediately look into the connection between psychiatric drugs and the deadly events that transpired in Parkland.[6]
1. https://www.cchrint.org/school-shooters/
2. https://www.cchrint.org/2017/10/10/another-mass-shooting-another-psychiatric-drug/
3. http://mynews4.com/news/local/sparks-middle-school-shooter-had-prozac-in-system-day-of-shooting
4. http://www.wbrc.com/story/15069575/did-accused-killers-doctor-dad-prescribe-medication-to-son
5. https://www.buzzfeed.com/briannasacks/authorities-were-called-to-alleged-florida-school-shooter?utm_term=.ngEY3ZN70#.rczQp3bNw
6. https://www.prnewswire.com/news-releases/school-shootings-mental-health-watchdog-says-psychotropic-drug-use-by-school-shooters-merits-federal-investigation-300601826.html