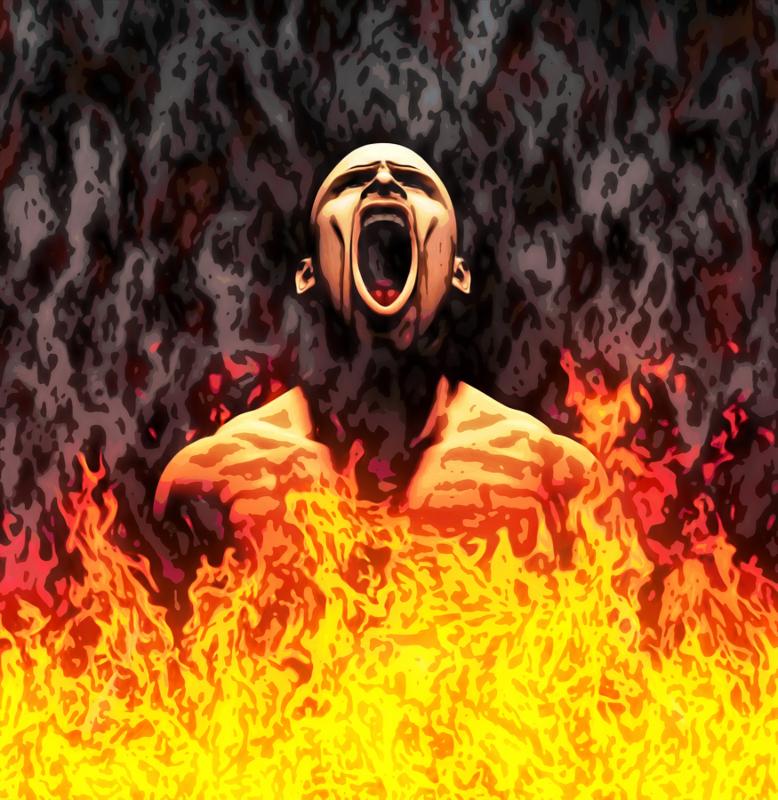 During WWII volunteer service in state mental institutions was a requirement for some conscientious objectors. Warren Sawyer, who was a 23 year old pacifist, was appointed to Philadelphia State Hospital (also known as Byberry) to work as an attendant. He was one of three thousand conscientious objectors assigned to 62 state mental hospitals in the US.
Mr. Sawyer does not remember the experience with endearment. “Well, I called them hellholes. Terribly overcrowded. All we did and all we could do was just custodial care. Because when you have three men taking care of 350 incontinent patients with everything all over the floor, feces and urine and all that kind of thing.”
He remembers the stench being so strong that it remained even after washing his clothes.
This room in Byberry, known as the “incontinent ward” was a large, open space with a floor made of concrete. Therapy? Activities? Entertainment? There was nothing of the kind. Hundreds of naked men either walked around the room aimlessly or huddled against the filthy walls.
A nearby building was for the violent men, those who had a tendency to attack each other as well as the attendants. One of the rooms in this ward held rows of men strapped down and shackled to their bed frames.
Sawyer was so disturbed by the conditions in Byberry that he did what he could to try and make life a bit more bearable for the inmates. He even created checkerboards, but these were removed by administrators who worried they could be used a weapons.
John Bartholomew, another conscientious objector who worked at Byberry says “Our work was to try to get attendants to realize these were ordinary people with a little problem and they needed help.”
But convincing the attendants to change was a difficult, if not impossible uphill climb.
Many of the salaried attendants were drunkards, working at one mental hospital until they were fired, then moving on to the next one. For these regulars, discipline consisted of hitting a patient with a sawed off broom handle or a buckshot filled rubber hose.
One of the attendants’ more dreadful tricks was to choke a patient with a wet towel, leaving no mark and preventing detection of this abuse by the state inspector.
When the end of the war was approaching, the conscientious objectors worried the patients would continue to be dominated by brutal, untrained attendants. Sawyer wrote home:
“We are working on a carefully laid out plan to blow this place open in two months.”
Charlie Lord, now 89 and living in a Quaker retirement community, recalls their brave plans to expose the conditions in the institution.
Lord snuck a camera into the hospital. Whenever he could, he shot pictures of the conditions. He didn’t even look through the viewfinder. He recalls “I’d get up as close as I could. I was aware of composition. But the main thing was to show the truth.”
Following in the footsteps of other mental health reformers like Nellie Bly, Lord took 3 rolls of film, each with 36 exposures. His purpose was to show in black in white what was really going on, in a way that no one could deny.
Former first lady Eleanor Roosevelt was one of the first to see these damning photos. She doubted them at first, thinking they were from an institution in Mississippi or Alabama, where she was aware of terrible conditions in mental hospitals. But when she realized they were from a Philadelphia institution, she promised to support reform, and reported to government health officials and journalists.
When the photos were published in Life magazine months later, the images were disturbingly familiar, creating a national uproar. Thin, naked men evoked images of Nazi concentration camps.
Many people today are aware that psychiatry played a vital role in the suppression of human beings in Germany, including the mentally ill. But in the aftermath of WW II, that connection was not widely known.
Hitler was blamed for ordering the mass execution and tortuous human experimentation of Jews, Homosexuals and gypsies during WW II. It was, in fact psychiatrists who proposed these atrocities to Hitler. The madman Hitler, of course is not without guilt, since he signed his consent to their proposals.
The barbaric treatment of the mentally ill in Nazi Germany (where 200,000 people were labeled mentally ill and terminated with deadly gas) and the atrocious treatment of the mentally ill in US institutions during and after the war years are all based on the philosophy of psychiatry.
The heads of those institutions in the US, the men who were in charge of them, were psychiatrists. Pleading ignorance of atrocities committed directly under their noses is, of course completely unacceptable.
Although one must honor the conscientious objectors who brought the conditions of those incarcerated in mental asylums to the public awareness, it remains that psychiatrists allowed the abuse to continue unabated.
Are conditions in mental institutions significantly improved today? Our next article will examine the current state of so-called asylums for the mentally ill.
SOURCES:
http://www.npr.org/templates/story/story.php?storyId=122017757
http://guardianlv.com/2013/09/nazism-and-psychiatry/