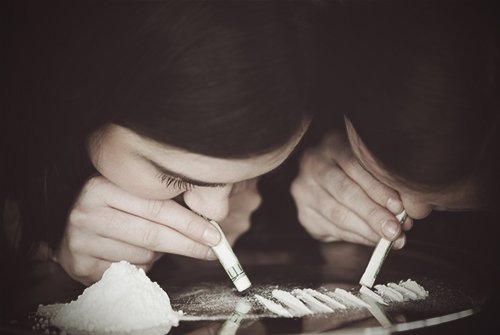 Ketamine, a drug that distorts perceptions wildly, is currently being considered by the psychiatric community as an optional treatment for depression.[1] Although the Food and Drug Administration (FDA) has approved Ketamine as an anesthetic and pain reliever, this drug has been known to cause hallucinations in its users.[2]
Some people report having nightmares years after having taking the drug![3]
It’s interesting to note that Ketamine is also known to be an illicit party drug, used by rapists to control their victim’s movements.[4] It’s odorless and tasteless, easy to slip into an unknowing recipient’s beverage. The victim passes out and suffers Ketamine’s amnesiac and devastating effects. It’s hard to imagine how this “Club Drug” could be hailed by some psychiatrists as a potential solution for suicidal patients.[5]
“Feeling better faster, getting the mood to improve faster – that’s why Ketamine is very promising,” psychiatrist Alan Manevitz from Lenox Hill Hospital states. He does admit that while this drug takes a patient away from their depression for a moment, it doesn’t handle the complex issues underlying the depression.[6]
Along with a variety of side effects that are common with mind-altering drugs are a few alarming ones specific to Ketamine:

And mentally, there are some frightening consequences to Ketamine ingestion:

Another serious side effect of Ketamine is addiction.[8]
As with any substance creating euphoria, the patient wants to continue to feel that high and escape the realities of life. Ketamine has been classified as a Schedule III controlled substance because of its addictive qualities.[9]
It goes without saying that when the drug wears off the patient will probably go back to feeling depressed. However, in addition, they may have a loss of memory and have increased anxiety, as well as nightmares and other ill effects.[10]
Looking back on the history of psychiatry, LSD gained its popularity through the broad distribution and experimentation of psychiatrists in the 1940’s – 1960’s.[11] Psychologists Timothy Leary and Richard Alpert conducted experiments on Harvard students in the early 1960’s through the Harvard Psilocybin Project. They used LSD and psilocybin, a hallucinogen found in some mushrooms on various students, promoting them for recreational use as well as treatment.[12]
Today, the FDA has given permission for UCLA psychiatrist Dr. Charles Grob to continue studying the effects of psychedelics on patients.[13] Grob made this irresponsible and unsubstantiated statement, “The positive effects seem to sustain over a significant period of time.” Crazy as it sounds, this dangerous and illegal substance might make a comeback if psychiatrists have their way.
It’s clear that psychiatry has a horrifying track record of using hallucinogenic drugs to “treat” mental conditions.
Bottom line; like LSD, Ketamine is a terrifying and irresponsible option for depression. While it may give the user a temporary feeling of euphoria, the side effects are too ghastly to make it a viable treatment.
Then again, psychiatry has never been a profession of healing, but one for profit and control.