Human Rights Expert: What the Mental Health Industry Gets Wrong About Suicide Prevention 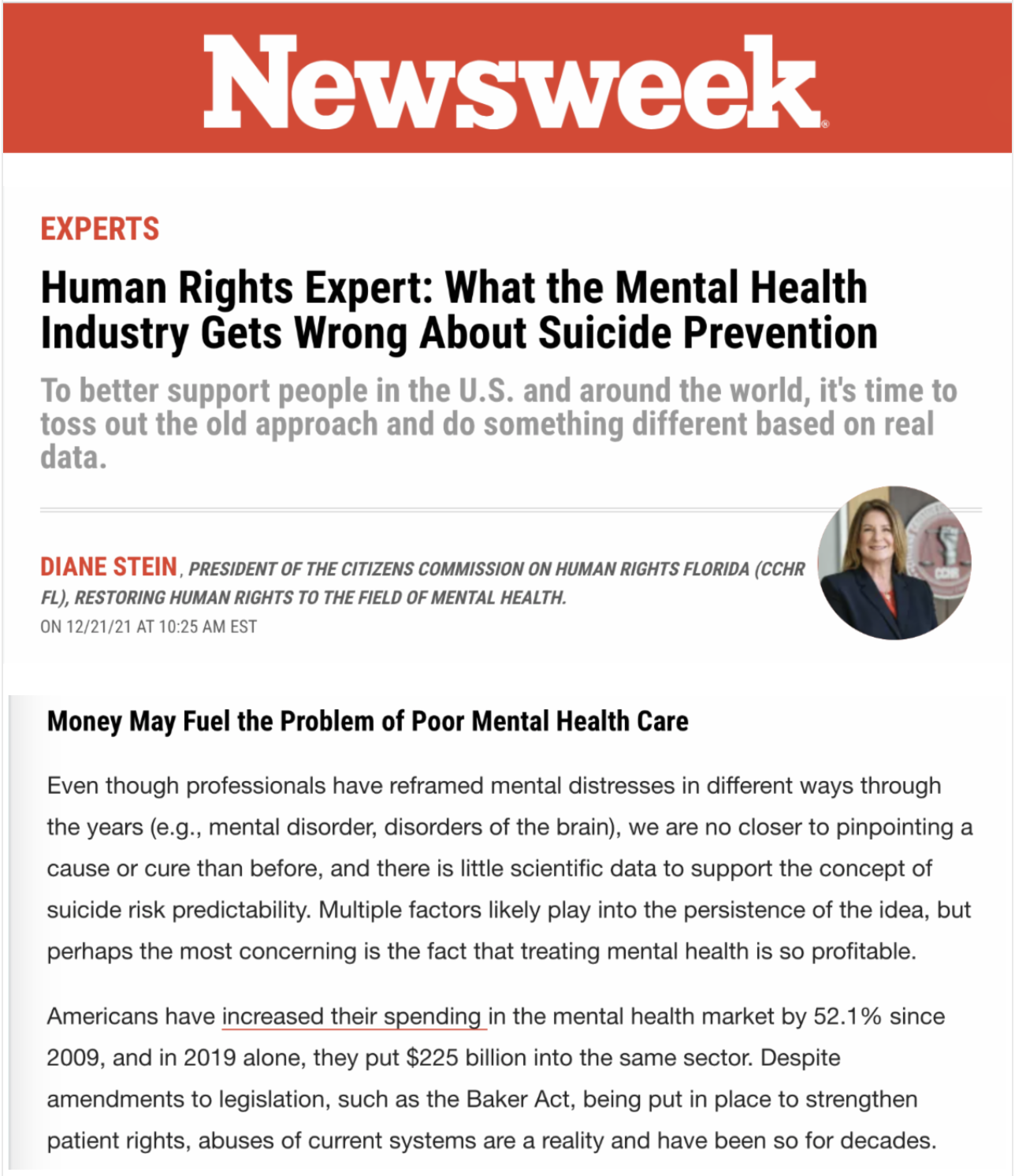 Money May Fuel the Problem of Poor Mental Health Care

Even though professionals have reframed mental distresses in different ways through the years (e.g., mental disorder, disorders of the brain), we are no closer to pinpointing a cause or cure than before, and there is little scientific data to support the concept of suicide risk predictability. Multiple factors likely play into the persistence of the idea, but perhaps the most concerning is the fact that treating mental health is so profitable.

Americans have increased their spending in the mental health market by 52.1% since 2009, and in 2019 alone, they put $225 billion into the same sector. Despite amendments to legislation, such as the Baker Act, being put in place to strengthen patient rights, abuses of current systems are a reality and have been so for decades. The Florida Supreme Court, for instance, released an executive summary nearly 25 years ago that asserted that some “voluntary” mental health patients actually might not be able to consent and that some mental health providers abuse the voluntary admission process because in-patient treatment brings in money.

READ THE FULL ARTICLE ON NEWSWEEK