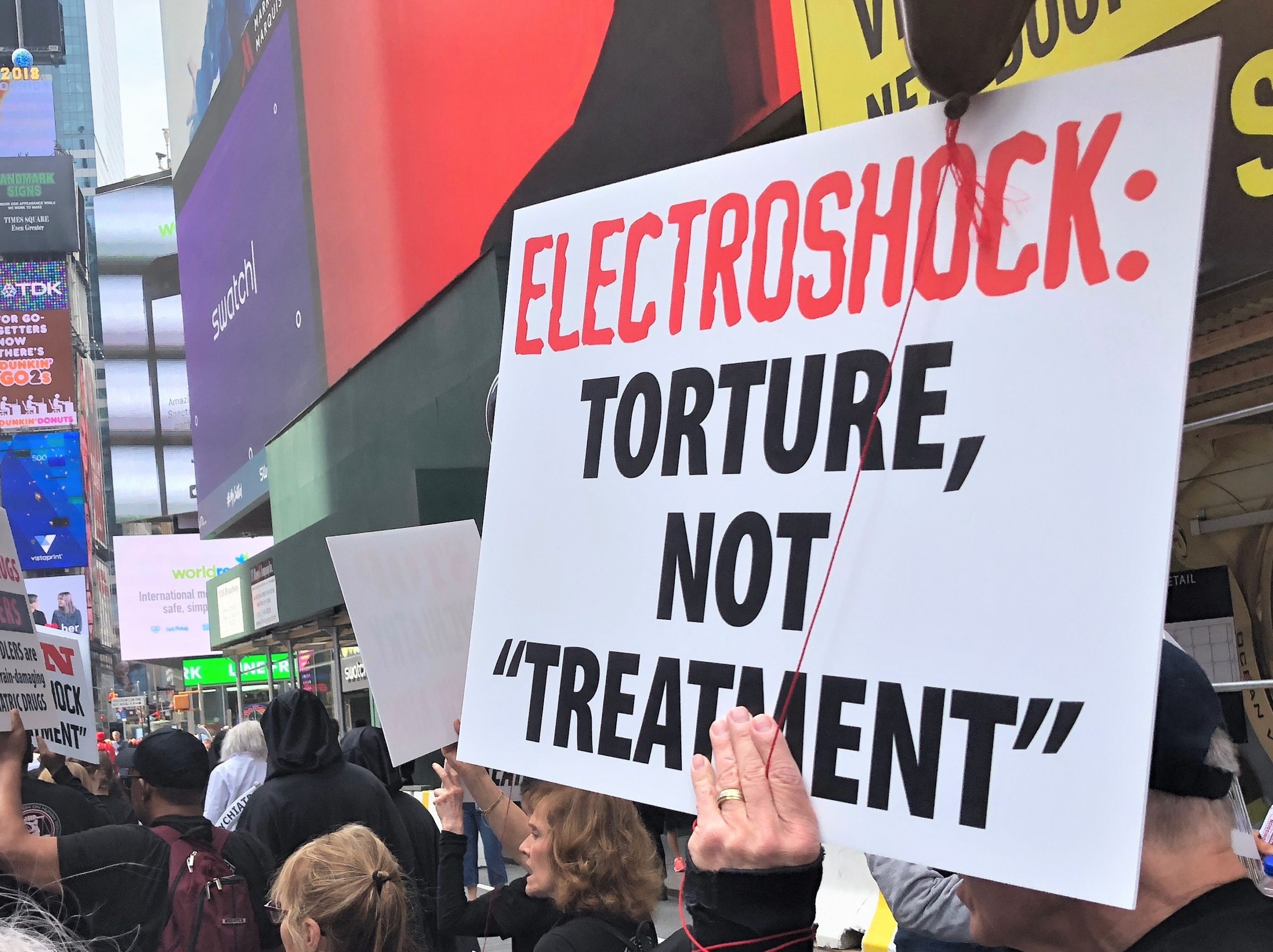 The Florida chapter of the Citizens Commission on Human Rights (CCHR), a mental health watchdog that investigates and exposes abuses in the mental health industry, held a two-day exhibit on electroconvulsive therapy (ECT), also known as electroshock, in the Florida Capitol last week. According to CCHR, one of the worst abuses in mental health today is the continued use of ECT, particularly on the vulnerable, including children, pregnant women and the elderly. The exhibit provided facts on the dangers of ECT and free copies of a documentary entitled “Therapy or Torture? The Truth about Electroshock”. The documentary, produced by CCHR International, exposes the inhumane practice and its damaging effects, including cognitive and memory dysfunction, neuropathological changes, brain damage and death. [1] [2]

Visiting public and lawmakers learned that ECT sends up to 460 volts of electricity through the brain in order to induce a grand mal seizure, a type of seizure that involves a loss of consciousness and violent muscle contractions, masked by an anesthetic. Many visitors to the exhibit were surprised to find out that the FDA has never required clinical studies that prove electroshock is either safe or effective, despite being used for more than 80 years. [3] Comments from those seeing the exhibit included: “This (ECT) is medieval.” “Why would it be done on young children?” “Why is this done?” Many people did not know electroshock was still practiced in modern times. Several people who stopped by the exhibit related their own personal experience with a friend or family member who was never the same after receiving this “treatment.”

Another fact exposed was while psychiatrists claim modern Electroshock (ECT) is less brutal than it used to be (as accurately portrayed in the Academy-Award-winning film One Flew Over the Cuckoo’s Nest) when patients used to break bones from the violent convulsions it produced, the voltage and amperage in today’s ECT is actually higher. [4] The muscle relaxants now administered make it appear less brutal, but it’s not. The side effects of the most commonly used muscle relaxant for ECT include: cardiac arrest, prolonged respiratory muscle paralysis and potentially life-threatening and/or fatal allergic reactions. [5] [6]

According to Dr. Norman Shealy, Neurosurgeon, “One fact about ECT: It damages the brain. Period… ECT should have been banned 50 years ago.”

CCHR is very much in agreement with this viewpoint and is calling for a ban on the use of the ECT device not just in Florida but across the country. Individuals are encouraged to report instances of damage and death as a result of ECT and to sign the petition to ban ECT in Florida and nationally.