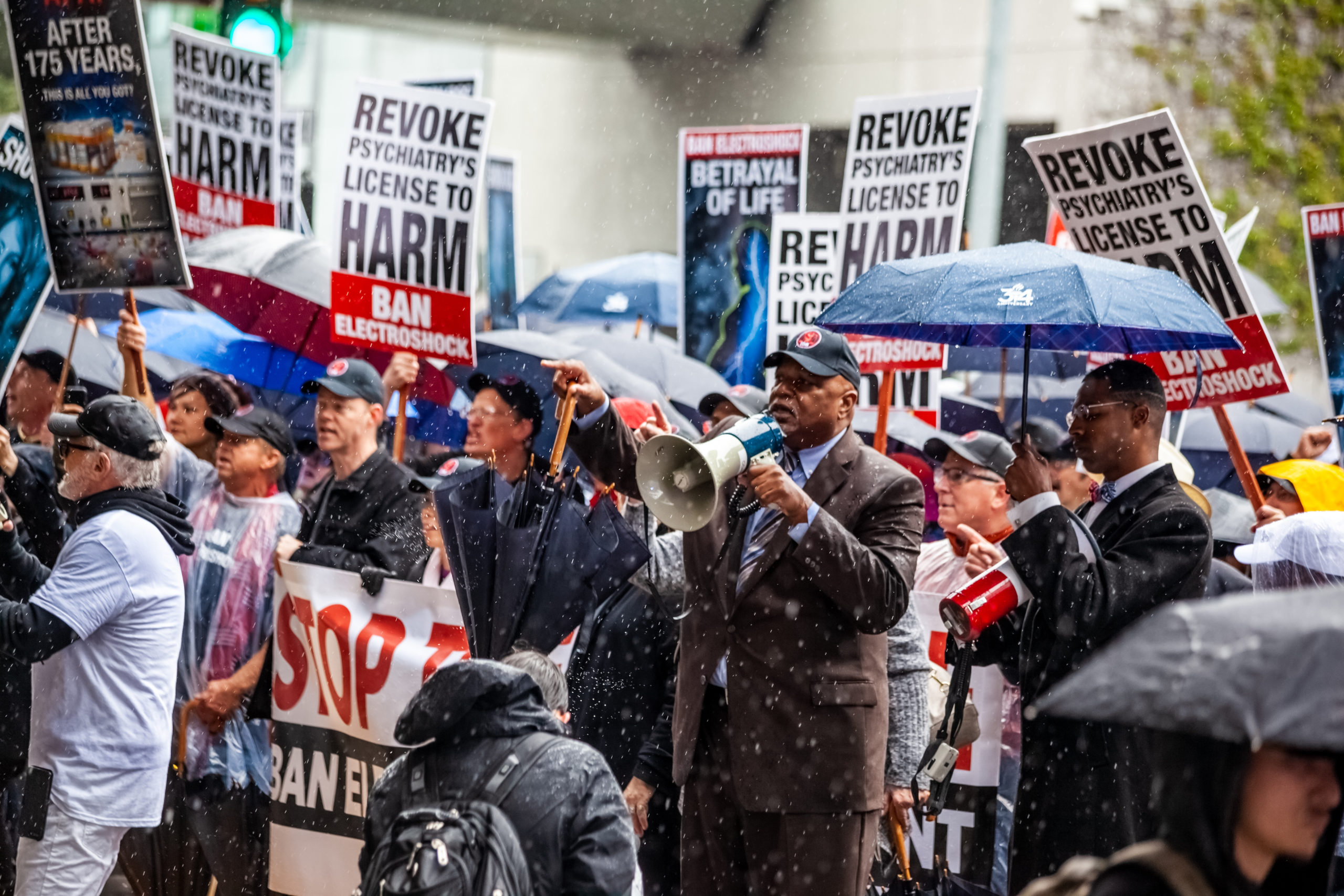 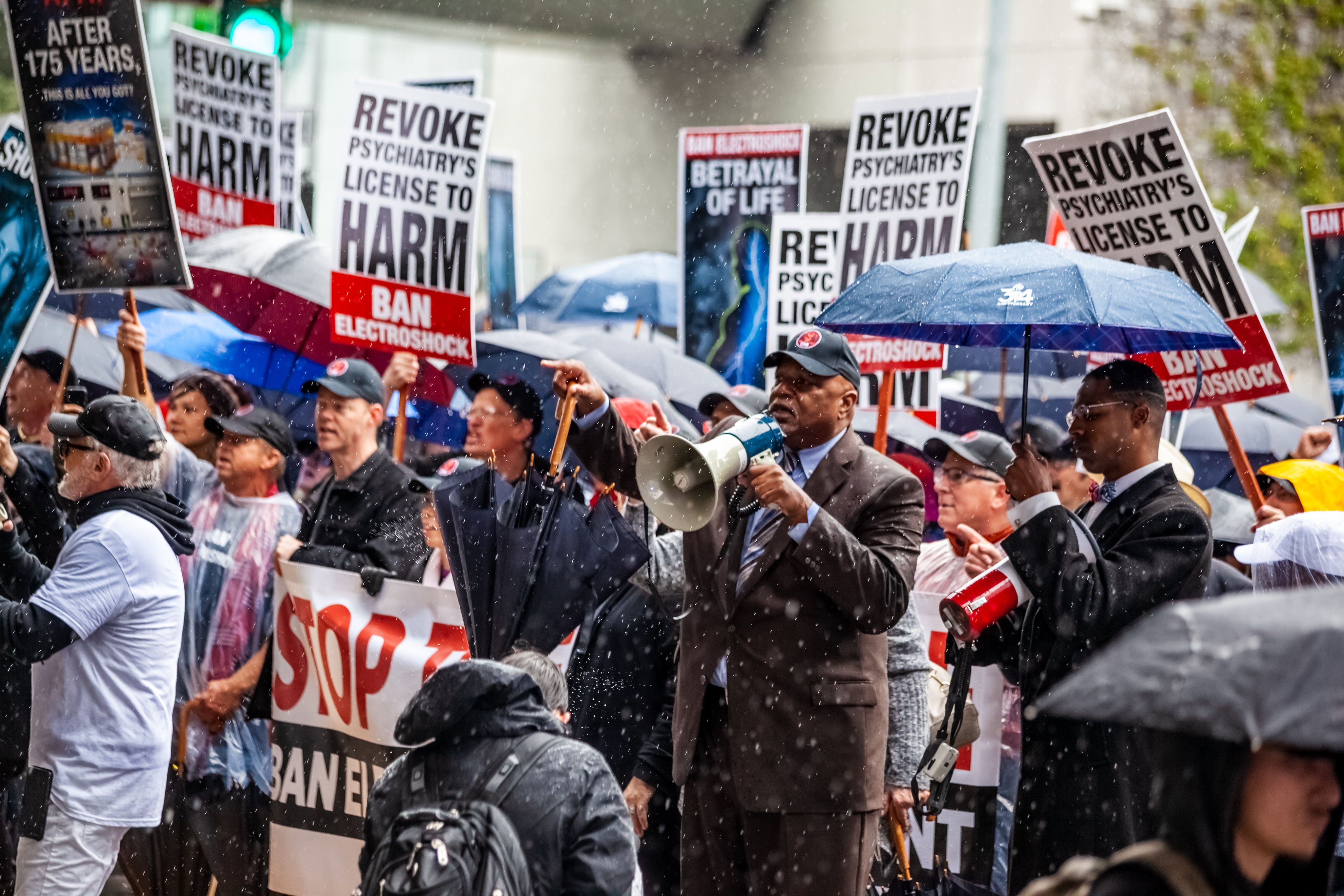 Members of the mental health watchdog, Citizens Commission on Human Rights (CCHR) and others concerned about the continuing use of electroshock treatment on 100,000 Americans each year—some aged five or younger [1] marched through the streets of San Francisco on Saturday, May 18, to the Moscone convention center where the annual meeting of the American Psychiatric Association (APA) was held. They loudly chanted for the end of electroshock—the passage of up to 460 volts of electricity through the brain causing a grand mal seizure that can result in permanent memory loss and brain damage. CCHR reports that several psychiatrists crossed sides to join the protest, giving a “thumbs up” for a ban and agreeing with placards saying electroshock is “torture, not therapy.”
CCHR spokesperson for the march, Rev. Frederick Shaw, a former Los Angeles County Sheriff Deputy and current Executive Director of the Inglewood South Bay branch of The National Association for the Advancement of Colored People (NAACP), said the protest was needed given the fact that pregnant women, children and the elderly are being electroshocked. He specified that the Food and Drug Administration (FDA) has never demanded shock device manufacturers provide clinical studies to prove the device is safe and effective, and have left them on the market despite one of the manufacturers conceding last year that ECT could cause permanent brain damage. [2]
Following the protest and addressing the opening of CCHR’s world acclaimed Traveling Exhibit on the history of psychiatry’s harmful treatments and abuses, Shaw spoke of a national NAACP Resolution obtained in 2017 that is critical of ECT’s use, especially in children, adolescents and young adults. Jan Eastgate, President of the CCHR International spoke of how CCHR helped obtain the precedent California law in 1976 that bans electroshock treatment on children and adolescents. “This ban needs to be expanded to all age groups and worldwide,” Eastgate added, “because electroshock causes harm, electroshock creates brain damage and electroshock ruins lives. CCHR has been documenting this for 50 years. We are the voice of patients and families who want to see an end to physically damaging practices in the field of mental health.”
CCHR has already collected more than 68,600 signatures on a petition supporting a ban.
Other speakers included James Sweeney, Political Liaison for the Black American Political Association of California (BAPAC) and Founder and Managing General Partner of Sweeney and Associates, an advocacy and consulting firm. He also supported a ban on ECT and talked about the history of psychiatry’s racism. Emceeing the Exhibit opening was Fran Andrews, the executive director of CCHR International, joined by Lee Spiller, the head of CCHR Texas, which has the strongest law to date providing protections against ECT, including a report system that records deaths during and up to 14 days of receiving electroshock.
CCHR draws attention to little known facts about ECT: