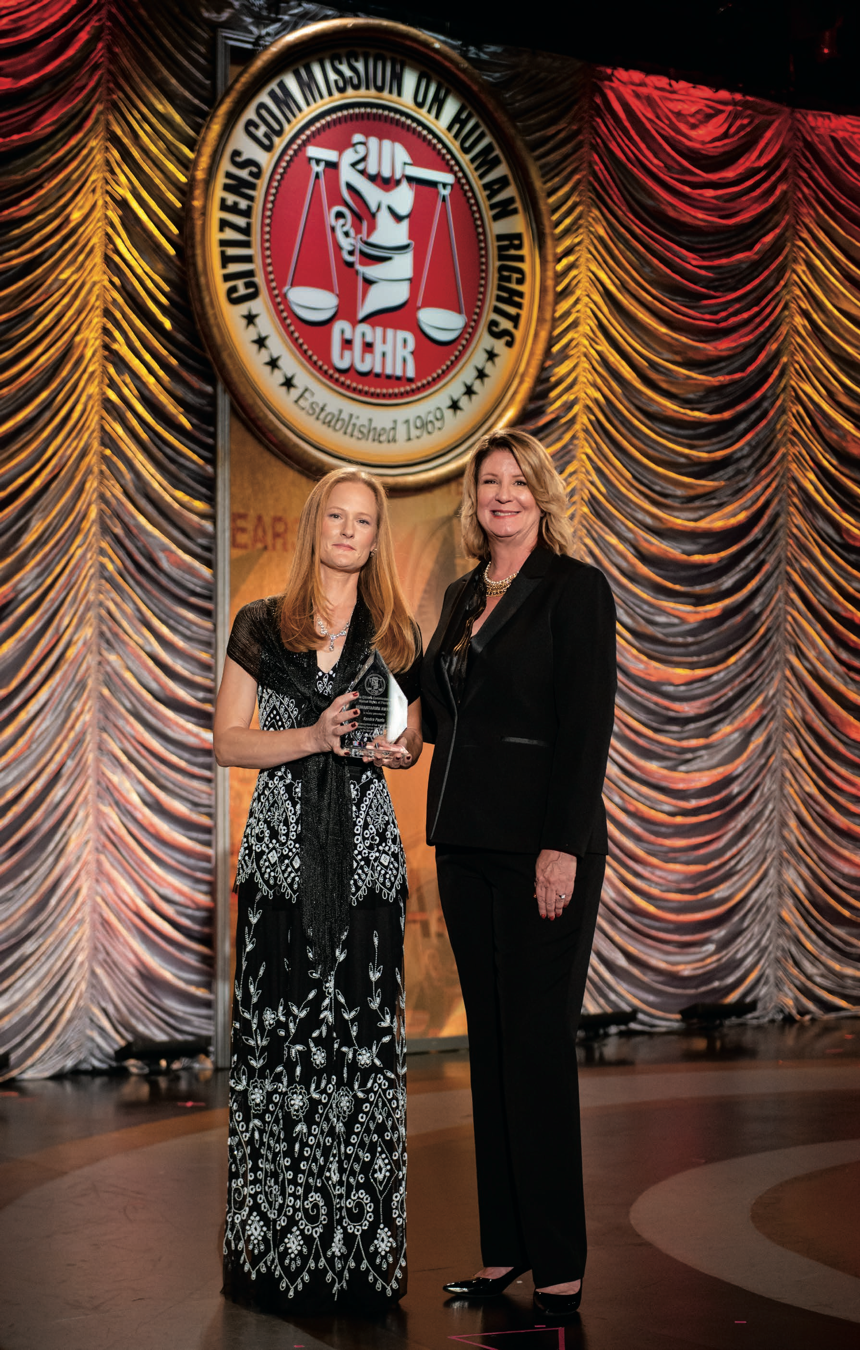 Attended by hundreds of guests, the 4th Annual Citizens Commission on Human Rights (CCHR) Humanitarian Awards Banquet once again honored the many dedicated volunteers and supporters of CCHR for their work help restore rights and dignity to the field of mental health.

The 2019 CCHR Hall of Fame Award, was presented to Dr. Freddie Ulan. One of the original founding members of CCHR, Dr, Ulan began his fight for human rights in 1969 and helped to establish CCHR chapters across the world including the Florida chapter.

Known for her no nonsense attitude when it comes to the letter of the law, this year’s recipient of the prestigious CCHR Humanitarian Award was Orlando attorney Ms. Kendra Parris for her work to protect the rights of Floridians under the Baker Act. Having helped secure the safe release of more than 50 men, women and children who were being held unjustly in psychiatric facilities under the mental health law called the Baker Act, Ms. Parris dedicated to stopping psychiatric abuse.

In accepting the award, Kendra said, “We have an unconscionable problem in Florida. It is the routine and cavalier way in which individuals are being subjected to baseless, inhumane psychiatric examinations. There is a profit motive built into this scheme, which leads to systemic violations of patients’ rights; forced and unwarranted drugging; manipulation of statutory legal protections for the financial gain of the facilities; and often outright fraud.”

Citing the abusive use of the mental health law, Parris vowed to continue working with CCHR to help create effective legislative changes that hold psychiatrists and facilities accountable for rights violations.

Originally intended to protect patient rights, the Baker Act has now become a source of human rights abuse with involuntary psychiatric examinations more than doubling in the past 16 years. According to the Baker Act Reporting Center, 36,078 Baker Acts were initiated during 2017-2018 which equates to one Baker Act every 15 minutes. Even more disturbing is that the mental health law allows for a child to be Baker Acted without parental knowledge. [1]

Launching a campaign to put an end to this violation of rights in 2016, the Florida chapter of CCHR, a non-profit mental health watchdog dedicated to the protection of children, has educated almost 220,000 families on their rights under the law in addition to calling upon Florida lawmakers to eliminate the unjust Baker Acting of children.

“We must restore and secure basic freedoms and rights, especially and most importantly, for our next generation… our leaders of tomorrow… mankind’s future,” said Diane Stein, President CCHR Florida. “It should not be legal for a child to be taken into custody and sent for involuntary psychiatric examination without parental knowledge when the child does not meet the criteria for a Baker Act.”

For more information on CCHR’s campaign to eliminate inappropriate Baker Acting of children please visit 5 Simple Steps to Help Protect Your Child, or contact CCHR at 727-442-8820.