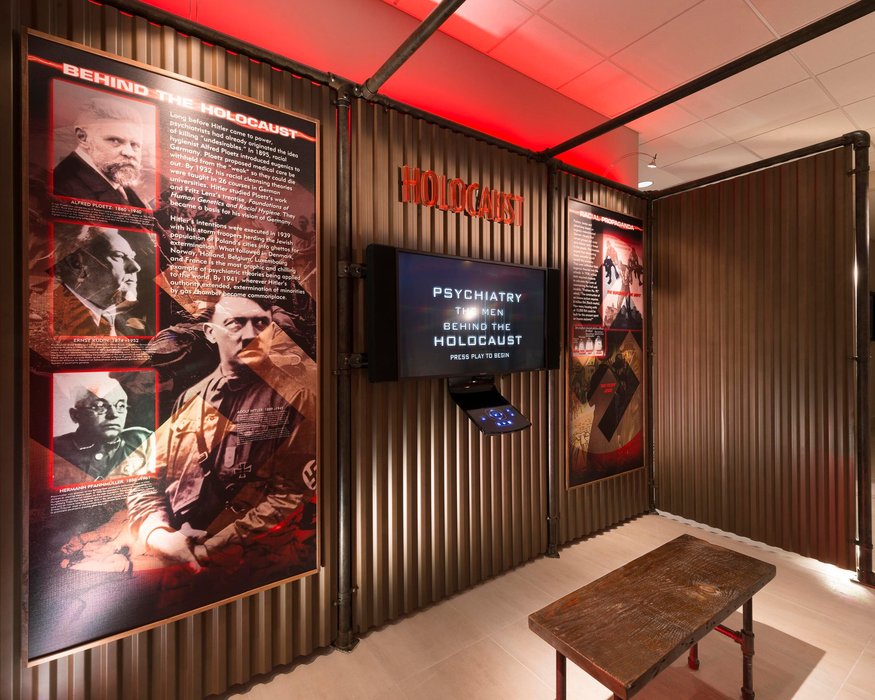 The Florida chapter of the Citizens Commission on Human Rights (CCHR), a mental health watchdog organization dedicated exposing abuses in the field of mental health, co-hosted a complimentary dinner event in commemoration of International Holocaust Memorial Day on Friday, January 26, 2018 with the Tampa Church of Scientology at the National Historic Landmark, Ybor Square, where those in attendance learned more about ties between psychiatry and the origination of the Holocaust.
Joined by international Israeli singer Ms. Judy Bechar, who performed a special song in memory of the victims of this horrific period in history, attendees discussed personal ties to the Holocaust and shared actions that can be taken to spread more awareness of tolerance after learning about psychiatry’s shocking role in the systematic murder of 6 million Jews as exposed in the documentary Psychiatry: An Industry of Death.
This documentary was the inspiration behind the creation of a permanent exhibit which presents the history of psychiatry as well as information on the state of psychiatry today using interviews with more than 160 doctors, attorneys, educators, survivors and experts on the mental health industry to shine the light of truth on the multi-billion dollar psychiatric industry. Located at the CCHR center in downtown Clearwater, almost 5,000 people have toured the Psychiatry: An Industry of Death museum since it opened in 2015 including elected officials, attorneys, psychiatric nursing students and concerned individuals from across the state. The 2-hour self-guided tour is free of charge and open to the general public 7 days a week.