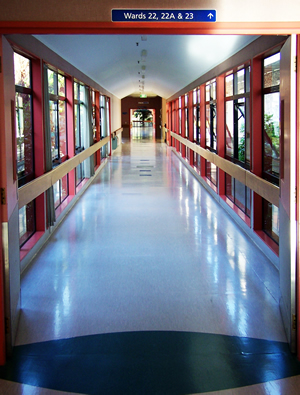 What are the time boundaries for the person who has been sent for an involuntary psychiatric examination?

Commonly called a Baker Act, involuntary psychiatric examination is a topic that is often misunderstood and misapplied – even by those professionals who are authorized to initiate an examination.

The mental health law in Florida is usually referred to as the Baker Act.  The Baker Act was named after Maxine Baker, former State Representative from Miami who sponsored the Act, after serving as chairperson of the House Committee on Mental Health.

According to Representative Baker, the intent of the Act was to encourage voluntary commitments as opposed to involuntary (when the person was competent to consent), to separate the process of hospitalization from the process of legal incompetency, to increase community care of persons with mental illnesses, and to facilitate persons’ return to normal community life. Referring to the treatment of persons with mental illness before the passage of her bill, Representative Baker stated “ In the name of mental health, we deprive them of their most precious possession – liberty.”

However, this law is lengthy, includes language that the layperson often does not understand and unfortunately has become a source of human rights abuse in Florida.

The purpose of this article is to provide information on the specific time requirements that must be met when a person is sent for an involuntary psychiatric examination.

According to Florida Statute 394.463 titled INVOLUNTARY EXAMINATIONS, an adult may be held at an approved psychiatric ward called a receiving facility for up to 72 hours for examination.

Under this same statute, the examination for a minor must be initiated within 12 hours after the patient’s arrival at the facility.

These times frames can be extended if the examination period ends on a weekend or holiday but in such a case the adult or child being held must be either released or a petition for involuntary services filed in the circuit court no later then the next working day.

According to Florida Statute 394.459  Rights of patients, “each person who remains at a receiving or treatment facility for more than 12 hours shall be given a physical examination by a health practitioner authorized by law to give such examinations, within 24 hours after arrival at such facility.”

This is an important right and whether the person being held is an adult or child, this physical examination should be completed exactly as laid out in the Florida Administrative Code which clearly states under 65E-5.160 Right to Treatment that the physical examination required to be provided to each person who remains at a psychiatric receiving or treatment facility for more than 12 hours must include:

(a) A determination of whether the person is medically stable; and

(b) A determination that abnormalities of thought, mood, or behavior due to non-psychiatric causes have been ruled out.

More than 100 medical disorders having been documented to mimic mental illness[i] and since there is a very real possibility that what seems to be a psychiatric problem is caused by some physical illness this exam needs to be performed with that stated intent.

There are many different physical disorders that may lead a doctor to misdiagnose someone as having depression or bi-polar disorder such as influenza, infectious mononucleosis, viral pneumonia, cancer, sleep apnea and thyroid disease to name just a few.[iv]

Ideally the physical examination required in Florida Administrative Code 65E-5.160 Right to Treatment would be by a non-psychiatric and independent medical doctor and documented as having been administered to rule out non-psychiatric causes of thought, mood or behavior including the following tests to rule out physical ailments that can present as mental illness:

There are two important steps that must be met within five days after admission to a facility.

The first is that “each patient shall have and receive an individualized treatment plan in writing which the patient has had an opportunity to assist in preparing and to review prior to its implementation. The plan shall include a space for the patient’s comments.”

If this has not been done, you have every right to demand that you be given an individualized treatment plan in writing and be given the opportunity to assist in preparing the plan.

The second is that if a petition for involuntary services is filed with the circuit court during the examination period then the court must hold the hearing on involuntary inpatient placement within 5 court working days, unless a continuance is granted.

The Citizens Commission on Human Rights (CCHR) of Florida is a non-profit mental health watchdog organization that investigates and exposes psychiatric abuse while educating the public on their rights under the law. We do not promote the use of the Baker Act. CCHR Florida provides only facts and does not provide medical or legal advice.

Our office recommends that an individual seek a thorough medical examination by a competent non-psychiatric medical professional and as needed the assistance of an attorney.

[iv] HOW TO TELL IF SOMEONE DIAGNOSED WITH A MENTAL ILLNESS, HAS ANOTHER MEDICAL DISORDER (THAT MAY HAVE LED TO A MISDIAGNOSIS)

Sign Petition to Reform the Baker Act and Give Rights Back To Parents!

Sign Petition to Reform the Baker Act and Give Rights Back To Parents!