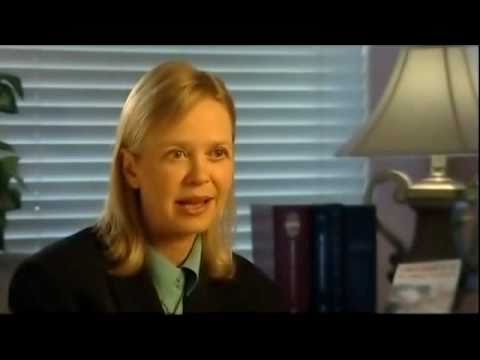 Mental health experts claim they need more money to stem the rising number of teenage suicides but there is much evidence showing that the medications prescribed to prevent suicide are indeed what are causing the rising statistic.
Yet psychiatrists continue to assert that untreated mental disorders cause suicide and at risk youth need to be located in time and given psychiatric medication before their “Anxiety” or “Depression” or other disorder lead them to suicide. The psychiatrist seems to have forgotten that “suicidal tendencies” are a common black box warning on many of their favorite psychotropic drugs.
Professor Heather Flynn, a clinical psychologist at Florida State University College of Medicine recently beat the “untreated mental health” drum when speaking to the Florida Children and Youth Cabinet. Despite evidence to the contrary, she asserted “Under-treated or untreated mental health is the major risk factor for suicide.”
To those not versed in the truth of psychiatric treatment and its resulting damage, such statements can be influential in the funding of additional “mental health” facilities and treatment. This in turn puts many more people at risk of temporary or permanent injury due to psychotropic drugs, electric shock and other psychiatric “treatment.”
Once it becomes clear how psychiatric treatment is not preventing teen suicide and indeed is creating it, the call for more funding for mental health becomes illogical.
In March 2013, the JAMA Psychiatry (Journal of the American Medical Association – Psychiatry) published a study related to the topic of teen suicide.
The study was based on a survey of 10,148 adolescents aged 13-17.
Suicidal behavior was defined as suicide ideation (“You seriously thought about killing yourself”), plans (“You made a plan for killing yourself”)  and attempts (“You tried to kill yourself”).
The JAMA study reported that “It is noteworthy that suicidal adolescents typically enter treatment before rather than after the onset of suicidal behaviors…It is clear, though, that treatment does not always succeed in this way because the adolescents in the (study) who received treatment prior to their first attempt went on to make an attempt anyway.”
In other words, these teens were put on psychiatric drugs before they started having suicidal thoughts or making suicide attempts and the drugs did nothing to prevent it. In fact, their own study showed 55% -77% of the teens who developed suicidal behavior did so after being treated with psychiatric medication.
In this study there was nothing to indicate that diagnosis and treatment managed to prevent any suicides. Thus, psychiatry once more demonstrated that their profession is, at best, useless in suicide prevention.
Heidi Stevenson, an expert in computer science, research and writing and the editor of “Gaia Health” is a woman known for her accurate investigative articles about the pharmaceutical industry.  She wrote a review of the JAMA study and called it “1 in 25 Teens Tries Suicide: Are Psych Drugs the Reason?”
In this article Stevenson points out, “Their (psychiatrists) standard treatment for virtually any diagnosis is the same: pharmaceutical psychoactive drugs. They also sidestep an even more important issue, that these drugs are known to cause both suicides and thoughts of suicide. They don’t even consider it.”
Stevenson reports that 96.1% of those who attempt suicide fit into one of the following 15 “disorders” listed in the DSM-IV (The DSM is the psychiatrist’s “Bible” of mental illness)

From this list it’s not too far-fetched to imagine that psychiatrists believe that being a teenager is a mental disorder.
How Psychiatric Drugs Caused a Young Girl’s Suicide
So what can happen in the life of a young person, who gets a psychiatric diagnosis and receives the standard psychoactive drug treatment?
Gwen Olsen is tragically familiar with this scenario. An incident in her own family prompted her to change her life completely.
Gwen spent 15 years as a very successful sales rep for top pharmaceutical companies. Over the years she realized that she had started out with the purpose of helping people but she had been duped by all the lies and misinformation built into her industry. She had to face the fact that she had actually harmed many people during her career.
Gwen’s family tragedy was the final event that caused her to leave her job and become a crusader against the psychiatric drug industry.
In 2004 Gwen’s niece Meg was 20 years old and studying pre-med at Indiana University. Gwen called the young girl “an extremely intelligent, beautiful woman, a beautiful spirit, inside and out”.
Meg was in a car accident, given Vicodin (Hydrocodone) for her pain and got addicted to that prescription drug. When Meg took some Ephedra, a stimulant to counteract the sedative properties of Vicodin in order to study for exams, she had a bad reaction to the drug interaction and ended up in the emergency room at the local hospital. Not discovering that it was a case of drug toxicity or a reaction to her combination of drugs, the hospital labeled her as bipolar.
The young woman was given antipsychotics and mood stabilizers and was thereafter considered a mental patient.
On Effexor, some antipsychotics, and other medication, Meg soon dropped out of school.
After eight months of dealing with side effects, Meg took herself off all drugs, not knowing that Effexor has some of the worst withdrawal symptoms of all antidepressants. It is especially known to increase the risk of suicide.
She became very depressed and one day went into a bedroom in her family’s home, poured lantern oil from a lamp over herself, ignited it and set herself on fire. She died with burns covering 95% of her body.
That’s when Gwen Olsen became an anti-psychiatric drug crusader.
In 2005 Gwen wrote a book titled “Confessions of an Rx Drug Pusher” and has devoted her life since then to educating teens and parents on the true facts about these drugs.
Gwen writes, “There’s no such thing as a safe drug. By the time a drug is approved and hits the general population we don’t know even 50% of the side effects that are involved with that drug.
“We were being trained to misinform people.
“A large number of psychiatrists are dishonest. Because I see them giving people drugs that they know are brain damaging therapeutics, that they know do not have positive long term outcomes, that they know will not cure anything.
“Therefore we can sell more drugs for the pharmaceutical industry. That’s an extremely lucrative alliance because there’s no scientific data that’s required for a psychiatrist to diagnose a mental illness.
“There’s no blood test, there’s no urine test, there’s no PET scan (an imaging test that helps reveal how your tissues and organs are functioning). There’s no medical evidence required. And so therefore, that broadens the potential patient population considerably. ”
There is no other business or profession that could get away with selling a product that fails to produce the advertised claim.
Psychiatrists and the drug manufactures know their products create mental and physical harm to patients. The public has been fed an extensively well-thought out and professional pro-psychiatric drug propaganda campaign.
Heidi Stevenson summed up it up perfectly.
“Psychiatry wants to present itself as the solution to our emotional problems. However, their own research demonstrates the likelihood that their treatments – that is, drugs – are fueling suicides in adolescents.”

← Why the Secrecy? Was Oregon Shooter on Psychiatric Drugs? Using Opioids Can Cause Depression →