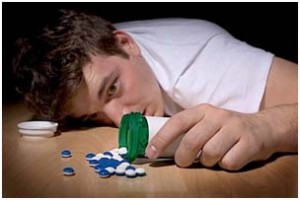 Family and friends were devastated earlier this year when teenager Ritu Sachdeva committed suicide by taking a medication overdose. The tragedy was compounded when within hours her friend Hillary Kate Kuizon’s body was also found, another apparent suicide. Hillary hung herself in the woods near her home. Both of these beautiful, seemingly happy girls attended the same Texas high school.[1]
Ritu’s older sister stated that there were no signs of an impending suicide attempt, but that her 17 year old sister “struggled with depression and anxiety” and “regularly saw a psychiatrist and therapist and took medication.”[2]
Tragically, many parents of teenagers are unaware of the connection between psychiatric drugs and teen suicide.
Psychology Today reports “For years psychiatrists have known about something called ‘roll back.’ Antidepressants sometimes have an activating effect that can give depressed patients the energy to follow through on suicidal impulses…”
In the Psychology Today article Dr. Robert Muller addresses the suicide of Brennan McCartney, described as “fun-loving and good-natured” by family and friends. Brennan went to the doctor in November of 2010 with a chest cold, but came home with a prescription for Cipralex, an antidepressant drug. His parents “were astonished” as they had seen no sign of depression in their son. According to a close family friend, Brennan was not a boy to hide his emotions, and “everyone around him knew whether Brennan was happy or sad.” Yet 4 days after beginning treatment with Cipralex, Brennan purchased a rope and hung himself.[3]
Did Brennan’s doctor go over the following potential side effect of Cipralex before prescribing the drug?
“Adults and children taking this medication may feel agitated (restless, anxious, aggressive, emotional, and feeling not like themselves), or they may want to hurt themselves or others. These symptoms may occur within several weeks after a person starts taking this medication or when doses are adjusted. People taking this medication should be closely monitored by their doctor for emotional and behavioural changes.”[4]
Pharmaceutical Companies’ and Psychiatrists’ Benefit
Cipralex is an SSRI drug, which “works” by blocking the re-absorption of serotonin in the brain. It is considered a “blockbuster” drug defined as “An extremely popular drug, usually one that generates annual sales of at least $1 billion…”[5]
There is no argument that money is the prime motivation behind the development and prescribing of psychiatric drugs.  Seemingly, pharmaceutical companies and the doctors who prescribe their “blockbusters” are undisturbed by the “collateral damage” of ruined lives, suicides, homicides and permanent disabilities.
Dr. Muller wraps up his article by asking, “When did the naturally occurring emotions of sadness or anger become a psychological illness? Aggressive marketing by drug companies in the last few decades has transformed mild depression and even sadness into a disease of ‘serotonin deficiency,’ influencing the administration of SSRI’s to teens.”[6]
Handling Depression without Drugs
There is an alternative to psychiatric drugs treatment for depression.
Researchers have found that fish oil containing omega-3 fatty acids alleviates depression.
Dr. David Mischoulon is the psychiatrist overseeing the omega-3 clinical trial at Massachusetts General Hospital. Dr. Mischoulon says “We believe there is definitely something to these treatments.”
Dr. Malcolm Pett at Sheffield University in England gave omega-3 fatty acids to 70 patients diagnosed with depression (and who were not helped by Prozac-like drugs).
The result? According to this report, “After 12 weeks, 69 percent of the patients showed marked improvement compared with 25 percent given placebos.” [7]
Parents have a choice on how their depressed child is treated. Investigating and using alternatives to psychiatric drugs has two benefits: most importantly, keeping one’s beloved child alive and well. And secondarily, lowering the bottom line of both the Pharmaceutical companies and  psychiatrists (who count on both parents and children being susceptible to their supposed “authority.”)
When the demand for psychiatric drugs hit rock bottom, the product itself will disappear.  Those who love children and value the future of one’s civilization look forward to that happy day. Meanwhile, personal vigilance and investigation will keep children safe from pharmaceuticals proven to induce suicidal ideation and behavior.