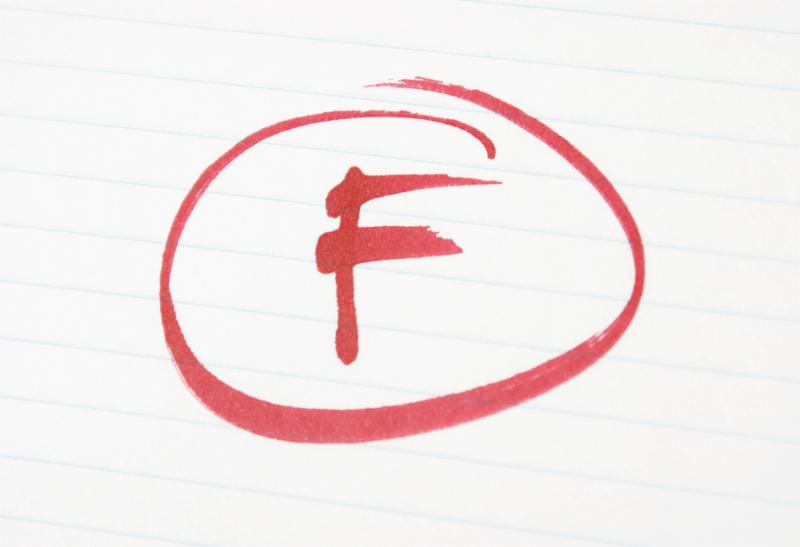 Psychologists would like us to believe that the work they do is scientific.
Dictionaries appear to have accepted this idea – “Psychology is the study of mind and behavior. It is an academic discipline and an applied science which seeks to understand individuals and groups by establishing general principles and researching specific cases.”
And dictionaries state that “Science is a branch of knowledge or study dealing with a body of facts or truths systematically arranged and showing the operation of general laws.”
A new study shows that psychology has just flunked an examination of the validity of 100 psychological studies published as truth in three of its top professional journals.
Brian Nosek, a psychologist at the University of Virginia in Charlottesville, led a massive replication effort, which began in 2011 with the goal of showing psychological science can survive real scientific testing. (“Replicate” means to repeat a scientific experiment or trial and obtain a result consistent with the original)
The replication study involved 270 scientists on five different continents working to repeat these 100 published psychological studies. They even worked closely with the published authors to make sure the repeat experiments were accurate replicas of the original studies.
The results which appeared on August 28, 2015 in Science – The World’s Leading Journal of Original Scientific Research, Global News and Commentary delivered a resounding blow to psychology.
“Of 100 studies published in top-ranking journals in 2008, 75% of social psychology experiments and half of cognitive studies failed the replication test”.
(Social psychology looks at social issues, such as self-esteem, identity, prejudice and how people interact. Cognitive psychology is concerned with basic operations of the mind, and its studies tend to look at areas such as perception, attention and memory.)
Even worse was the fact that when the scientists did replicate original findings, the sizes of the effects they found were on average half as big as reported the first time around.
Nosek’s comment on the results – “There is no doubt that I would have loved for the effects to be more reproducible. I am disappointed, in the sense that I think we can do better.”
Marcus Munafo, a co-author on the study and professor of psychology at Bristol University, was not surprised at the results. “I think it’s a problem across the board, because wherever people have looked, they have found similar issues.”
John Ionnidis, a professor in Disease Prevention in the School of Medicine at Stanford and professor of Health Research and Policy in Epidemiology has been studying the falsity of published research papers since 2005.
He commented, “Sadly, the picture it paints – a 64% failure rate even among papers published in the best journals in the field – is not very nice about the current status of psychological science in general, and for fields like social psychology it is just devastating.”
Professor Ionnidis wrote a longer article the same day the results appeared in Science.
He noted that “retracting published papers can take many years and many editors, lawyers, and whistleblowers – and most debunked published papers are never retracted.”
He went on to discuss the fierce competition for limited research dollars amongst millions of researchers struggling to make a living. These people need to get grants, get published and get promoted. This creates a false pressure to make big important new discoveries.
Science then gets flooded with “discoveries” and there is no funding for replication tests and those doing retesting are accused of just trying to capture some of the limelight of the scientist claiming the success of a new experiment. No one is looking in to see if it’s really true!
Ionnidis feels scientific literature gets littered with long series of irreproducible results.
“Irreproducibility is rarely an issue of fraud. Simply having millions of hardworking scientists searching fervently and creatively in billions of analyses for something statistically significant can lead to very high rates of false-positives (red-herring claims about things that don’t exist) or inflated results.”
He does not comment on whether psychological studies have a higher rate of fraud than other fields of scientific studies, but he definitely has found that psychology has a terrible record of replication failure.
“The failure rate may also be higher for studies that are so complex that none of the collaborating replicators offered to attempt a replication. This group accounted for one-third of the studies published in the three top journals. So the replication failure rate for psychology at large may be 80% or more overall.”
Psychology claims to be the study of mind and behavior and it has an 80% or more failure rate in its published scientific literature!
It’s an impressive failure.
Yet these so-called findings in cognitive and social psychology are accepted as “science” and are used to justify prescribing mind bending psychiatric drugs to alter the behavior of children and adults.
Psychology’s claim to be the ultimate authority on the mind and behavior has now been shown by members of their own profession to be a not science but an academic fraud.
SOURCES:
http://www.sciencemag.org/content/349/6251/910.summary
http://www.HYPERLINK “http://www.theguardian.com/science/2015/aug/27/study-delivers-bleak-verdict-on-validity-of-psychology-experiment-results”tHYPERLINK “http://www.theguardian.com/science/2015/aug/27/study-delivers-bleak-verdict-on-validity-of-psychology-experiment-results”heguardian.com/science/2015/aug/27/study-delivers-bleak-verdict-on-validity-of-psychology-experiment-results
http://www.thHYPERLINK “http://www.theguardian.com/commentisfree/2015/aug/28/psychology-experiments-failing-replication-test-findings-science”eHYPERLINK “http://www.theguardian.com/commentisfree/2015/aug/28/psychology-experiments-failing-replication-test-findings-science”guardian.com/commentisfree/2015/aug/28/psychology-experiments-failing-replication-test-findings-science