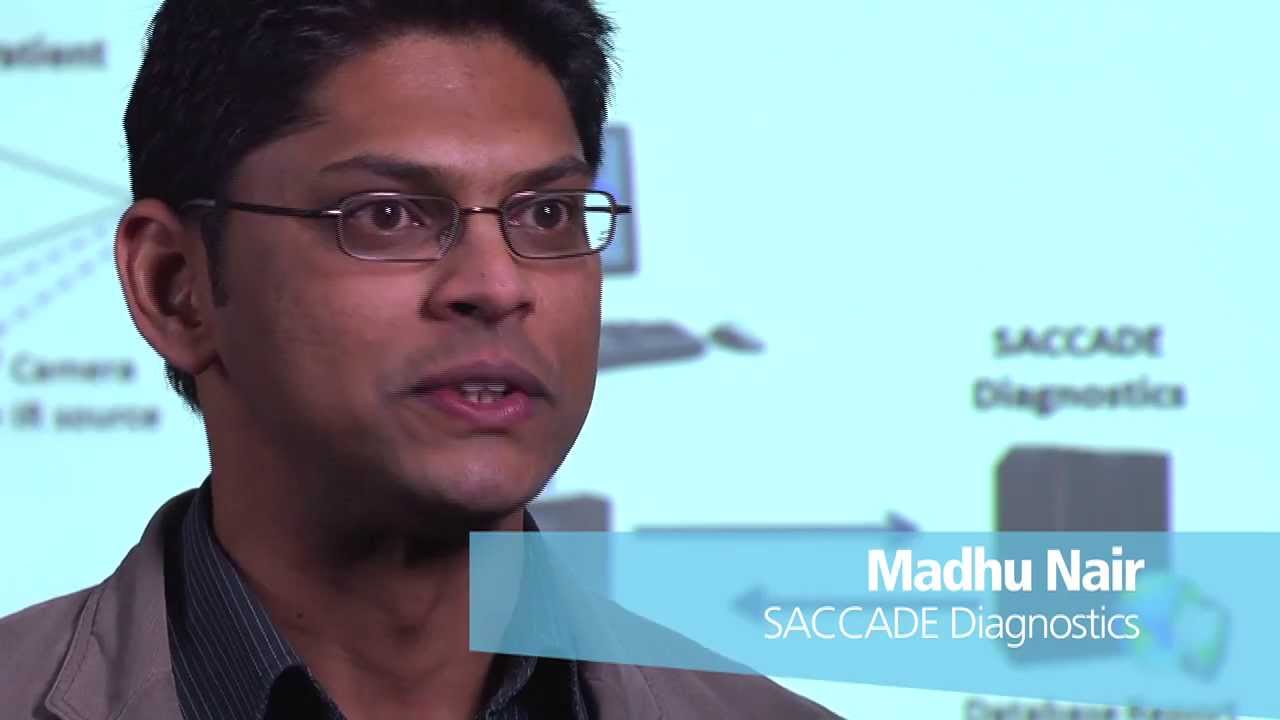 A company named SACCADE Diagnostics has developed a new eye movement testing procedure called SaccScan which claims to diagnosis schizophrenics by studying their eye movements.
Their spokesman is Mr Madhu Nair, a technology entrepreneur experienced in developing opportunities in software and life sciences in the UK and USA.
In his contest video he gave the imaginary psychiatric statistic that 1 in 5 people will have a mental illness sometime in their life and 5% will have a serious mental illness. He also stated that good treatments for specific mental illnesses already are available. (It’s understood he’s referring to psychiatric drugs, electric shocks or brain operations.)
Psychiatrists don’t really know what schizophrenia is, what causes it or how to diagnose it using any form of standard medical testing. They have such uncertainty they even take years to assign their labels! And certainly psychiatrists don’t know how to help a person be free of his unwanted symptoms.
The study  was done using schizophrenia eye tests devised by mental health researchers from the University of Aberdeen – Dr Philip Benson, a senior lecturer at the University of Aberdeen’s School of Psychology and Professor David St Clair, Chair of Mental Health at the University of Aberdeen.
They worked with a total of 176 people, 88 men and women previously labeled as schizophrenics according to the DSM IV handbook criteria and 88 normal men and women.
Dr Benson said: “In the free-viewing test, whereas most individuals follow a typical pattern with their gaze as they scan the picture, those with schizophrenia follow an abnormal pattern and, in the fixation task, individuals with schizophrenia found it more difficult to maintain a steady gaze.”
But is every person with a failing score in “smooth pursuit” or “steady gazing” a schizophrenic?  There could be countless other reasons for this eyeball behavior.
Poor sleep, missing a meal, bad overall nutrition, vitamin and mineral deficiencies, drugs, alcohol, anxiety about the test, a recent upset or a current problem could all alter one’s ability to control his attention and eyeball movement would reflect this.
Of the 88 schizophrenics in the test all but 6 were taking psychiatric drugs at the time of the tests. 11 were taking first-generation antipsychotics, 64 were taking second-generation antipsychotics, and 6 were taking a combination of the two types. Along with their antipsychotics, 25 were also taking antidepressants, 6 hypnotics, 12 mood stabilizers and 9 anticholinergics (which block transmission along nerve channels.)
These are powerful drugs that certainly alter body and eyeball function.
Additionally the 88 schizophrenics tested used substantially more nicotine and caffeine in the form of cigarettes and coffee than did the 88 healthy control men and women.
Dr. St. Clair, the head psychiatrist in the project brags that people will get “Appropriate treatment sooner” means “onto psychiatric drugs quicker”.