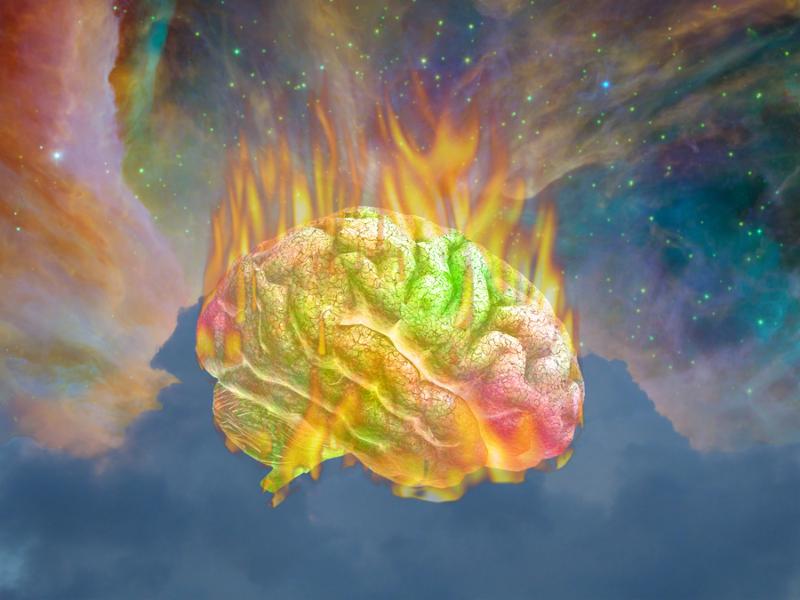 Part One
Psychiatrists have started fooling around again with research using LSD (lysergic acid diethylamide), Psilocybin (a naturally occurring psychedelic compound found in “magic mushrooms”) and MDMA (Ecstasy).
In March of this year, writing in the British Medical Journal, James Rucker, a psychiatrist and honorary lecturer at the Institute of Psychiatry, Psychology and Neuroscience, King’s College London, stated that legal restrictions imposed on medical use of psychedelic drugs, such as LSD, are making psychiatric drug trials almost impossible and authorities should “downgrade their unnecessarily restrictive class A, schedule 1 classification” – a classification that means these drugs have no accepted medical use and the greatest potential for harm to people.
Then, the Sept 2015 issue of the Canadian Medical Association Journal came out with an article calling them “Psychedelic Medicines” and praising the results of small scale trials using psilocybin on alcoholics, ecstasy on PTSD cases and LSD for those suffering from depression and anxiety due to having a terminal illness. Tobacco addiction and severe headaches have been other target for treatment with psychedelic drugs.
One author of the study, Dr. Evan Wood, Professor of Medicine and Canada Research Chair, University of BC, Vancouver, B.C. writes “The re-emerging paradigm of psychedelic medicine may open clinical doors and therapeutic doors long closed.”
Lead author on the study, Matthew W. Johnson, a professor of psychiatry and behavioral sciences at Johns Hopkins University bemoans the laws in the US that for decades have classified psychedelic drugs – including (LSD), psilocybin and (MDMA) popularly known as Ecstasy – as drugs of abuse with little to no medical purpose or means of safe use.
He wants those laws repealed.
Johnson writes that the passage of time since psychedelics gained notoriety in the 1960s appears to have made a reasonable assessment of their potential worth possible. “A big factor is really that enough time has passed for the sensationalism to kind of simmer down and for sober heads to say, ‘Hold on, let’s look at the evidence.”
In other words, enough time has passed that the public has forgotten what the CIA did with mind control experiments using LSD and has forgotten what happened when LSD itself moved from government controlled hands, spreading out into society as a recreational drug wherein each dose was a roll of the dice giving perhaps temporary bliss or perhaps a life destroying psychotic experience.
Well, we already have the evidence of the damage these drugs do and time has not healed that.
That is exactly why laws making it very difficult for psychiatrists and medical researchers to experiment with psychedelics were passed in the early 1980s.
Known Effects of LSD
Adverse Reaction: Bad Trips

Known Effects of Psilocybin
The active compounds in psilocybin-containing “magic” mushrooms have LSD-like properties. The psychological consequences of psilocybin use include hallucinations, an altered perception of time, and an inability to discern fantasy from reality. Panic reactions and psychosis also may occur, particularly if a user ingests a large dose. Long-term effects such as flashbacks, risk of psychiatric illness, impaired memory, and tolerance have been described in case reports.
Known Effects of MDMA (Ecstasy)

Perhaps psychiatrists are finding that more and more people are learning the truth that the antipsychotics, stimulants, and anti-depressants they distribute by the pound are actually harming and killing infants, children, teens, adults and seniors.
Perhaps they worry that the terrible side effects of psychiatric drugs will be exposed so widely that any future prospects for psychiatric drugs will say “No, thanks.”
Perhaps they are thinking that the popularity of psychiatrists would grow if they could offer potential patients an exciting, psychedelic adventure instead.
Of course, those patients who rolled the dice and got a bad trip could then be given their anti-psychotic medicines to counter-act their bad luck with LSD, Psilocybin or MDMA.
SOURCES:
http://www.latimes.com/science/sciencenow/la-sci-sn-psychedelic-drugs-medical-comeback-20150908-story.html
http://globenewswire.com/news-release/2015/09/08/766790/10148575/en/Psychedelic-therapy-re-emerging-as-pHYPERLINK “http://globenewswire.com/news-release/2015/09/08/766790/10148575/en/Psychedelic-therapy-re-emerging-as-promising-treatment-for-anxiety-PTSD-and-addiction.html”romising-treatment-for-anxiety-PTSD-and-addiction.html
http://www.ibtimes.co.uk/top-psychiatrist-james-rucker-calls-lsd-be-recHYPERLINK “http://www.ibtimes.co.uk/top-psychiatrist-james-rucker-calls-lsd-be-reclassified-make-research-easier-1503054″lassified-make-research-easier-1503054
http://www.drugs.com/illicit/lsd.html
http://www.cesar.umd.edu/cesar/drugs/lsd.asp
http://www.drugabuse.gov/publications/drugfacts/hallucinogens-lsd-peyote-psilocybin-pcp
http://www.drugs.com/illicit/mdma.html