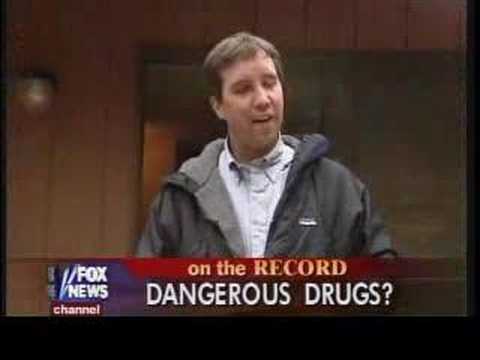 Is there a link between psychiatric medicine and violent behavior? This connection was reported in our post Psychiatric Drugs Do Cause Harm:

“Of the 1937 total case reports of violence toward others, there were 387 cases of homicide, 404 physical assaults, 27 cases of physical abuse, 896 reports of homicidal ideation, and 223 cases of “violence related symptoms.”

“The adverse events reported to the FDA are known to represent but a tiny fraction of all such adverse events. This study simply identified 31 drugs responsible for most of the FDA case reports of violence toward others, with antidepressants near the top of that list.

“In light of this finding, the many past shootings at school campuses and other public venues should perhaps be investigated anew by government officials, with an eye toward ascertaining whether psychotropic use may have, in the manner of an adverse event, triggered that violence.” 1

A powerful and informative report by Fox News describes the connection of antidepressants and acts of violence by teenagers. One father describes his son as having gone “from a sensitive teenage boy to a volatile marauder, susceptible to blind rage.” 2

Dr. Russell Blaylock, a neurosurgeon who has treated many cases of gunshot injury, has personal reality on the horror of injuries inflicted by the violent use of guns. In his article on Newsmax, Dr. Blaylock is unequivocal regarding the relationship between psychiatric drugs and violence:

“The first link to SSRI medications came in 1989 when Joseph Wesbecker shot and killed eight people and wounded 12 others before killing himself. The ensuing lawsuit charged that Wesbecker, had just started on an SSRI anti-depressant and that the maker, Eli Lilly, knew that violent behavior was a complication of their medication. Today, both the FDA and the Canadian regulatory agencies recognize that the SSRI medications can induce some people to harm themselves or others. GlaxoSmithKline, maker of Paxil (paraoxetine), admits “hostile episodes” as a complication.

“In fact, in their own clinical trials they found homicides, homicidal acts, homicidal ideation and aggressive behavior to be a side effect of the medication. In addition, it was found that children with obsessive-compulsive disorder (OCD) taking the medication experienced hostility episodes 17-times more often than depressed patients…” 3

What appears to some as an impossibly simple alternative to these psychiatric medications, which carries no risk of violence or aggression, is a nutrient that has been around for centuries. There have been studies suggesting that omega-3 fatty acids can help smooth out mood swings and aid those with depression.

Dr. Basant Puri reports how EPA, a derivative of a naturally occurring fatty acid found in many fish, helped one of his patients.

“So how was I to treat him? How could I help a case where all the major textbook treatments for depression had been tried unsuccessfully? In the back of my mind I had an idea – but it hadn’t been tried before on depression, so Anthony would have to agree to be a test case.

“Because EPA is a naturally occurring food substance it has no adverse side-effects. I would give it to Anthony alongside his prescribed antidepressant medication, for although his current treatments were not alleviating his symptoms, it could be dangerous to stop taking the drugs suddenly.

“Nine months later, Anthony and his mother were once again in my consulting room. This time they were both smiling and his mother was declaring that a miracle had taken place.

“Anthony was transformed. A confident, self-assured young man, he shook my hand warmly and had no problem looking me in the eye. All the signs of depression had gone. He was eating and sleeping well, and enjoying catching up with his studies and his social life. His suicidal thoughts had completely disappeared and he was excited about his plans for the future.

“Anthony and his mother told me that within two to three months of starting the ethyl-EPA all his depressive symptoms had cleared. After seven years of struggle against the tyranny of this unremitting disease, Anthony had at last won back his health and his will to live.” 4

And Anthony’s case is not a single anomaly. One can do research and discover numerous successes in the natural treatment of depression.

Never stop taking psychiatric drugs suddenly.  For help on withdrawing from antidepressants read “How to Taper Antidepressants on The Road Back website.

← Chemical Restraints to Control the Elderly in Nursing Homes What Will Happen to Japan’s Mental Health Now? →