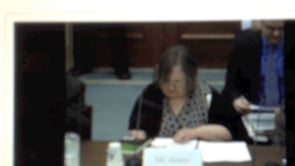 Congressman Tim Murphy is the chief sponsor of a bill in the House of Representatives numbered HR 3717 inappropriately titled “Helping Families in Mental Health Crisis Act”.
This horrific piece of proposed legislation aims to help the psychiatric profession and drug makers to another big dose of tax payer money at the expense of the health and sanity of American citizens.
Prior to arriving in Congress, Rep. Murphy had acquired a PhD in psychology from the University of Pittsburg and was a practicing clinical psychologist. He still serves in the Navy reserves as a psychologist at Walter Reed National Military Medical Center in Bethesda, Md.
During his congressional career Bayer AG has been his fifth largest campaign donor. Astra Zeneca, Pfizer and The National Assn. of Psychiatric Health Systems have also been top donors for his election campaigns.
Rep. Murphy previously authored the Seniors Access to Mental Health Act, which brought mental health cheaply to seniors on Medicare. He also introduced the Mental Health Security for American Families in Education Act which was a law designed “to get college students suffering from depression or other mental illnesses the help they need before tragedy strikes.”
Not content with authoring legislation that has helped to bring apathy, violence and suicide to seniors, students and veterans, Rep. Murphy has sponsored this new bill that has the potential to expand and force involuntary psychiatric treatment on everyone.
Lobbyists working for passage of HR 3717 include The American Psychological Assn., The American Psychiatric Assn., The American Academy of Child/Adolescent Psychiatry, The National Mental Health Assn. and 5 international corporations who manufacture psychiatric drugs sold in the US – Takeda Pharmaceutical Co, Otsuka Pharmaceutical, Lundbeck Inc., Teva Pharmaceutical Industries and Alkermes.
Why are the psychiatric and drug industries drooling over this new proposed legislation?
It would strip away patient’s rights and replace them with required “involuntary commitment” and “early detection” programs.
The bill starts by creating a new federal official in the Department of Health and Human Services to be called “The Assistant Secretary for Mental Health and Substance Use Disorders” with top authority over existing administrators. This gives the federal government more power to force psychiatric drug treatment onto state and local communities.
The person taking this job is required to “have a doctoral degree in medicine or osteopathic medicine and clinical and research experience in psychiatry; graduated from an Accreditation Council for Graduate Medical Education-certified psychiatric residency program; and have an understanding of biological, psychosocial, and pharmaceutical treatments of mental illness” or” have a doctoral degree in psychology with-clinical and research experience; and an understanding of biological, psychosocial, and pharmaceutical treatments of mental illness.”
His first task would be to oversee grants to establish “Assisted Outpatient Treatment”defined as“medically prescribed treatment that an eligible patient must undergo while living in a community under the terms of a law authorizing a State or local court to order such treatment” – in other words universal outpatient treatment enforced on a person from the federal level down to the state and local level.
Who would get this treatment?
A person who, as determined by the court

So, if you have been in jail, a hospital, aren’t likely to volunteer for treatment, are poor, might “get worse” or deemed unable to decide if you need the treatment, you could be forced by court order to take psychiatric drugs.
How will the small number of psychiatrists ever interview all the people in the US in order to inform the court who needs involuntary treatment?
The bill offers telepsychiatry as the answer. It will pay for “qualified telehealth technology”. This system allows the psychiatrist to sit in his office and interview a patient who is at a distant location by using a phone conversation or an interactive videoconferencing via computer. In the interest of quality mental health care, psychiatric evaluation and prescribing of drugs using email or fax is not allowed.
HR 3717 ignores the fact that almost every single school shooter was on or withdrawing from psychiatric drugs at the time of going berserk and attempts to promote the myth of early detection and treatment.
It creates grants for training programs to teach primary care doctors to use psychological evaluation tests in their office on infants, preschool children, children or teens. It also calls for screening for autism in preschoolers or “any additional areas that the Assistant Secretary determines applicable”.
Jon Rappoport, a staunch critic of the labeling process of psychiatric disorders, writes:
“As I’ve demonstrated in many past articles, none of the 300 officially certified mental disorders have any defining diagnostic test. No blood test, no urine test, no brain scan, no genetic assay.
The names and descriptions of all the disorders are outright frauds, packaged to sell harmful drugs.”
His comment apply quite well to these screening tests where parents answer silly questions about their infants and toddlers and a social scientist adds up the score and spots the future mental disorder.

(FOR EXAMPLE, if you point at a toy or an animal, does your child look at the
toy or animal?