Hundreds Tour the Psychiatry: An Industry of Death Traveling Exhibit in Miami 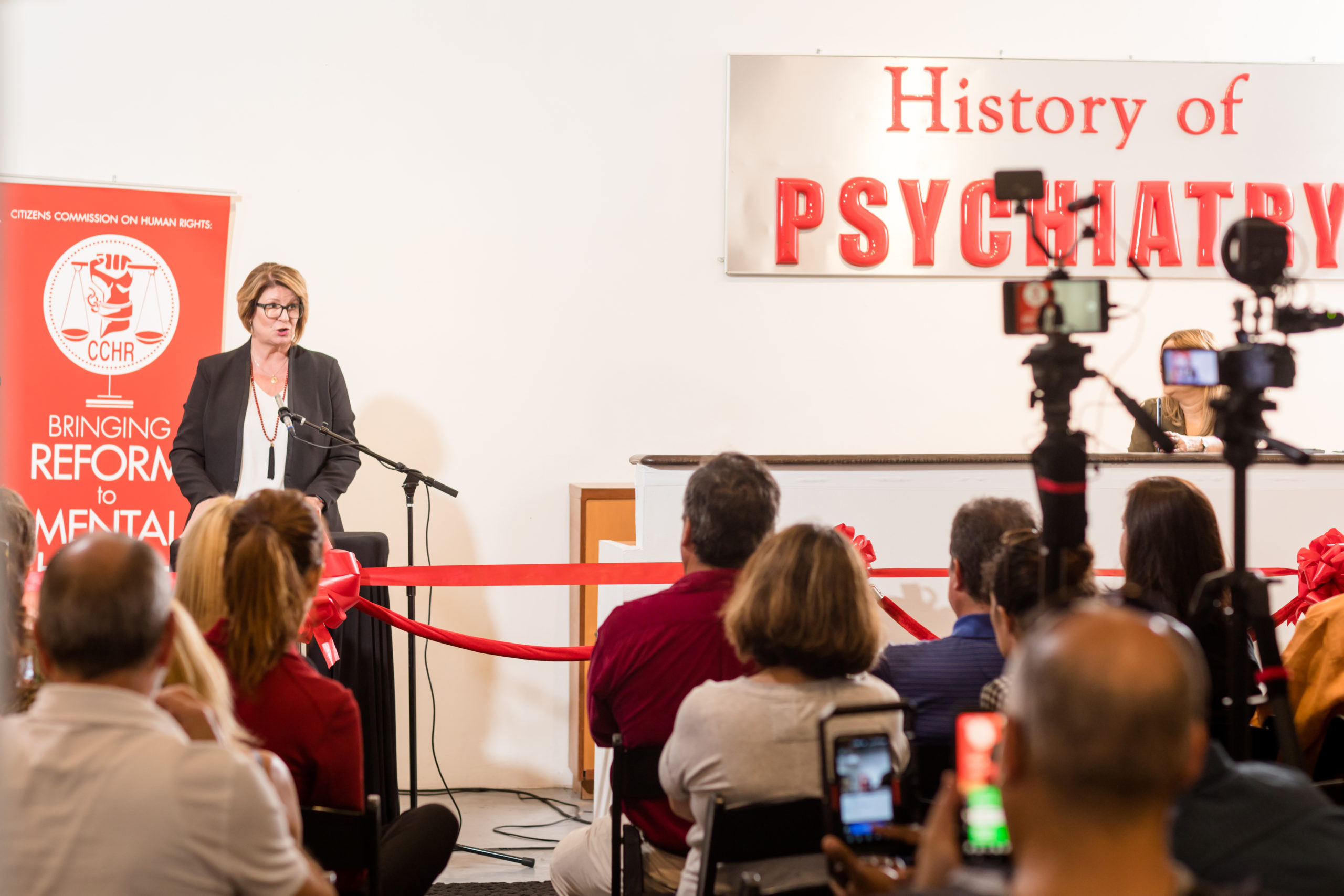 The Citizens Commission on Human Rights (CCHR), a non-profit watchdog that exposes human rights violations in the field of mental health, held an exhibit this week in Miami that presented shocking evidence of mental health abuse and dangerous psychiatric drugging of children.
Hundreds of concerned Floridians toured an exhibit highlighting the history of psychiatry and exposing mental health abuse this week in Miami. The exhibit, Psychiatry: An Industry of Death, travels all over the world reaching tens of thousands of people annually. Designed to raise awareness on such human rights abuse as the use of electroshock, involuntary examination and the drugging of children with dangerous psychiatric medications, the exhibit is based off of the permanent museum located at the international headquarters for CCHR in Los Angeles, California.
Hosted by the Florida chapter of CCHR, the exhibit attracted educators, psychologists and other mental health practitioners who are concerned with the surge in psychiatric labeling and drugging of children. Stating that they have seen the abuses shown in the exhibit firsthand, these professionals pledged to work with CCHR to help prevent mental health abuses in Florida.
“Over 7 million children 17 and under are taking psychotropic prescription drugs in the United States,” states Diane Stein, president of CCHR Florida. “And we want to know why pharmaceuticals for kids are being promoted so heavily to parents and teachers.”
The Florida chapter of CCHR also has a permanent installation of this exhibit located in their center in downtown Clearwater. Unveiled in July of 2015, the Florida version of the Psychiatry: An Industry of Death museum, presents the unvarnished history of psychiatry while also providing information on the state of psychiatry today. Consisting of 14 audiovisual displays revealing the cold, hard facts about psychiatric abuses, the museum uses interviews from more than 160 doctors, attorneys, educators and survivors to expose the multi-billion dollar fraud that is psychiatry.
Over 5,700 people have toured the Florida museum including students from nursing schools and technical colleges from across the state who come to the museum to go through the 2-hour self-guided tour as part of their clinical days finding the experience to be informative and eye opening. Coupling tours of the museum with seminars and workshops delivered by attorneys and healthcare professionals on the mental health law, known as the Baker Act, CCHR is working to educate lawmakers, doctors and all private citizens on mental health abuse and their rights under the law. The museum is open daily from 10am until 10pm and events are held weekly and monthly. Both are free to the general public. To learn more, please call 727-442-8820 or visit www.cchrflorida.org.
Source:
[1] Number of Children & Adolescents Taking Psychiatric Drugs in the U.S.
https://www.cchrint.org/psychiatric-drugs/children-on-psychiatric-drugs/