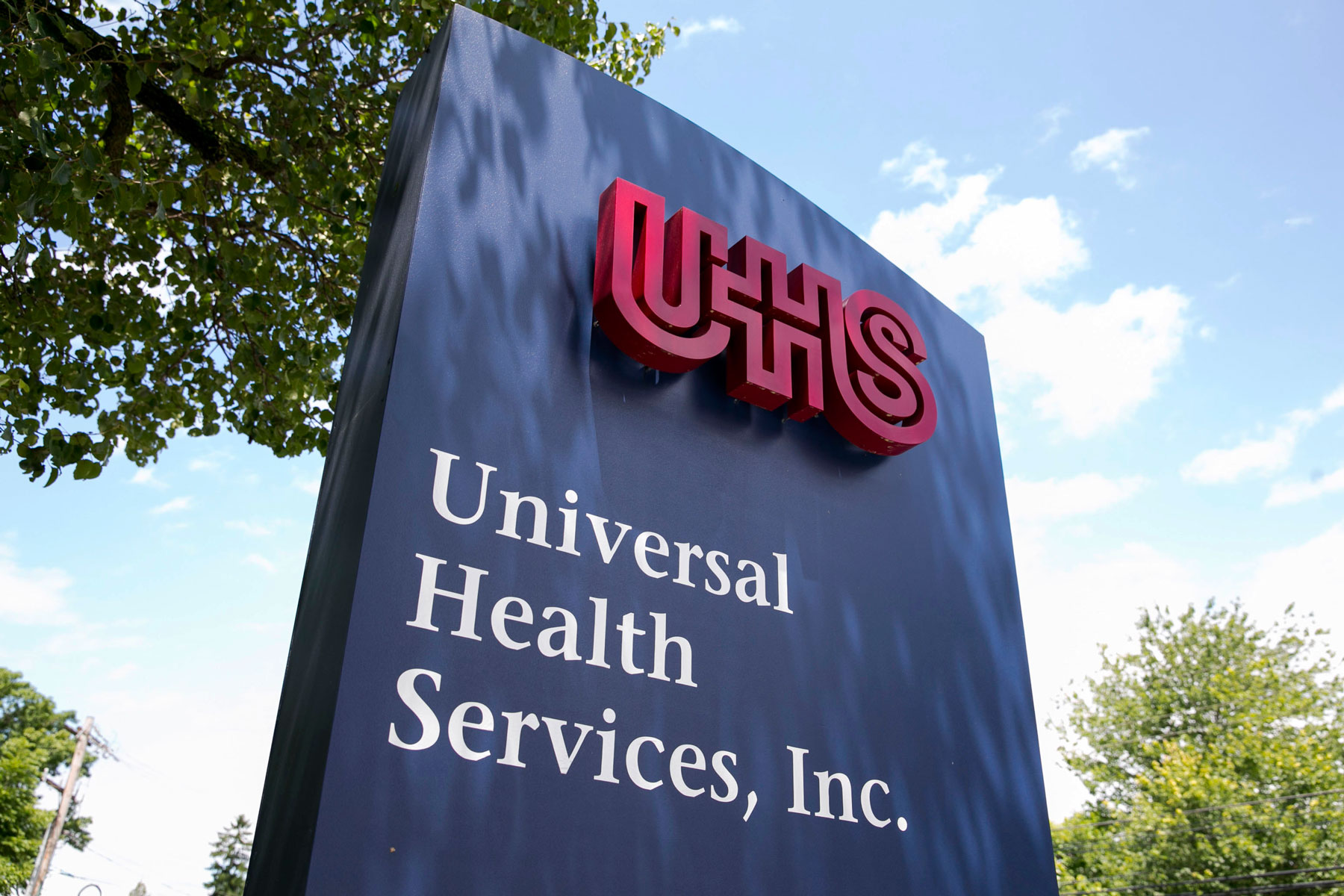 For-profit psychiatric hospitals have continued cheating taxpayers and abusing government programs with fraudulent billing practices. At the same time they are piling up record profits, these facilities deliver terrible service to patients and create a dangerous working environment for hospital staff.
As early as 1998 Psychiatric Times reported that some private health care centers were billing $600 to $700 a day per patient for their services. The Health Care Financing Administration (HCFA) who managed the Medicare program for elderly patients kicked 80 of these for-profit Community Health Care Centers out of the Medicare program for the rampant fraud, errors and abuse.
What was Medicare being billed for by these CMHCs? Services not covered, not provided and not medically necessary including non-medical related entertainment like bingo.
The Psychiatric Times reported that between 1993 and 1996 eleven cents out of every dollar spent on Medicare reimbursements were the result of fraud, error or abuse. Thus, $38.5 million dollars were diverted from the elderly into the pockets of noncomplying clinic operators. [i]
But the for-profit psychiatric hospital industry was just getting wise to the vast sums to be made contracting to provide services for government mental health programs.
Did This Financial Abuse Ever Get Handled?
Today, Universal Health Services, Inc (UHS) runs the biggest network of private for-profit psychiatric hospitals in the United States – They operate 221 behavioral care facilities located throughout 38 states.
This equates to providing 20% of all inpatient behavioral health services in the country.
The UHS story is a prime example of the poor oversight given to private psychiatric facilities and the slap on the wrist attitude that has allowed them to stay open while being investigated for fraud by state and federal agencies.
Media in Boston Describes UHS Fraud
In 2013 the Massachusetts Dept. of Mental Health suspended Brookline psychiatric hospital – part of UHS’s Arbour group of facilities – from admitting any new patients due to unsafe conditions.
This stemmed from serious safety and human rights violations including the forcible strip-search of a woman.
The woman was restrained physically, medicated and stripped of her clothing with little regard to her privacy.
Many staff members, male and female, were involved in this incident including but not limited to the maintenance staff. A video camera showed people stopping by to watch the procedure through the window to the patient’s room.
But Brookline was very soon accepting patients again because the state inspector was satisfied that Arbour was working on improving things. Yet no changes were made to the hospital’s administrative staff who allowed this human rights abuse to take place. [ii]
Then in 2016, Brookline and 3 other UHS psychiatric hospitals In Massachusetts received surprise visits from inspectors and again abuses were found.
This time inspectors found such prevalent patient care problems that the state officials were forced to send in an onsite monitor to oversee improvements. [iii]
Deficiencies at the 4 UHS facilities included insufficient staff, failure to check on patients every 15 minutes as required, incomplete treatment plans, dirty bedrooms, and vacancies in key leadership positions. Three of the four hospitals lack a chief executive. Patients complained of being treated disrespectfully.
Despite these deplorable conditions, only a mild warning was given by the State of Massachusetts.[iv]
But again in 2016 the Arbour Health Systems owned by UHS was in trouble.
UHS’s reputation for fraud had exploded, with facilities across the country being investigated by the Department of Justice. All five Massachusetts UHS hospitals were included in these investigations.
In one instance, The US Supreme Court planned to review a case brought by the parents of a deceased Massachusetts teenager against Universal Health Services. Yarushka Rivera died soon after receiving care at an Arbour clinic in Lawrence. Her parents contend that the company defrauded government insurance programs by charging for services provided by therapists unqualified to care for their daughter, who was covered by Medicaid. [v]
Less than a year later Brookline was back in The Boston Globe news. It was discovered by workplace safety inspectors that employees had suffered broken bones and concussions while interacting with violent patients.
According to The Occupational Safety and Health Administration (OSHA), the hospital “has not developed and implemented adequate measures to protect employees from aggressive patients. Nurses and mental health workers were punched, hit, scratched, bitten, and hit with objects including a soda bottle and a wooden dresser drawer,” the federal agency said. [vi]
What did OSHA do? Fined the hospital a token $12,675!
OSHA also told the hospital it should address the lapses by hiring more staff, implementing a “buddy system” for employees responding to violent patients, equipping staff with silent emergency alert buttons, and forming a violence prevention team. [vii]
However, UHS does not have a good record of voluntary compliance with actually making their promised improvements.
UHS Still Racking Up Profits in Florida While Under Fraud Investigations
Central Florida Behavioral Hospital in Orlando is an example of a UHS facility still doing business as usual despite investigations and continuous reports of violations.
Here is a timeline of some of their issues:

Meanwhile the fiscal report for Central Florida Behavioral Hospital looked like this in 2015:
They showed total assets of $39,854,335.58
Their General Revenue income for the year was only $7,121.75
But their Contract Income from Medicaid, The Dept. of Children and Families and the Juvenile Welfare Board was $80,429,807.50 [ix]
UHS facilities are propped up by their government contracts to deliver psychiatric services to kids, adults and seniors.
Despite years of abuse reports and investigations, UHS still provides 1 out of every 5 psychiatric beds in the US.
UHS receives $2.3 billion dollars annually from Medicare and Medicaid for their behavioral health care services.
They receive hundreds of millions more from the military for veterans’ mental health care. [x]
The Golden Goose May Be Coming to an End
With the Justice Department looking into UHS hospitals across the country, employee unions speaking out about the abuses and media investigations in many cities, this profit motivated behemoth may find it’s not such a great business model after all.
When a Buzzfeed investigative article appeared on Dec. 7th 2016 the company’s stock lost 12% in one day for its investors.
Because of this loss, Lundin Law PC, a shareholder rights firm announced a class action lawsuit recently against Universal Health Services, Inc. calling for shareholders who purchased or otherwise acquired Universal Health shares between February 26, 2015 and December 7, 2016 to join the lawsuit.
Lundin Law points out in its case that “[c]urrent and former employees from at least 10 UHS hospitals in nine states said they were under pressure to fill beds by almost any method – which sometimes meant exaggerating people’s symptoms or twisting their words to make them seem suicidal – and to hold them until their insurance payments ran out.” [xi]
Legitimate lawsuits by investors, victims and employees could bring a fitting end to this fraudulent chain of for-profit psychiatric hospitals.
Sources:
[i] http://www.psychiatrictimes.com/articles/rampant-fraud-and-abuse-medicare-funds-alleged-community-mental-health-care-centers
[ii] https://www.boston.com/culture/health/2013/12/11/brookline-psychiatric-hospital-resumes-taking-patients
[iii] https://www.bostonglobe.com/lifestyle/health-wellness/2016/05/04/state-assigns-monitor-oversee-four-arbour-psychiatric-hospitals/MjovktVtvq5bRdkANfsIjJ/story.html
[iv] Ibid
[v] https://www.bostonglobe.com/lifestyle/health-wellness/2016/03/06/five-arbour-hospitals-under-investigation/6IzpUukCAaD8YJjlEYmyEI/story.html
[vi] https://www.bostonglobe.com/metro/2017/02/08/osha-cites-brookline-psychiatric-hospital/xJda9EH54yJlbeNLdZ3GGJ/story.html
[vii] Ibid
[viii] http://uhsbehindcloseddoors.org/item/central-floridaflorida-behavioral-hospital/
[ix] http://www.cfbhn.org/Documents/BOD/02262016%20BOD%20Packet.pdf
[x] http://uhsbehindcloseddoors.org/wp-content/uploads/2016/04/UHS-Fact-Sheet-2015-10-K-Update.pdf
[xi] http://finance.yahoo.com/news/uhs-equity-alert-lundin-law-021600036.html