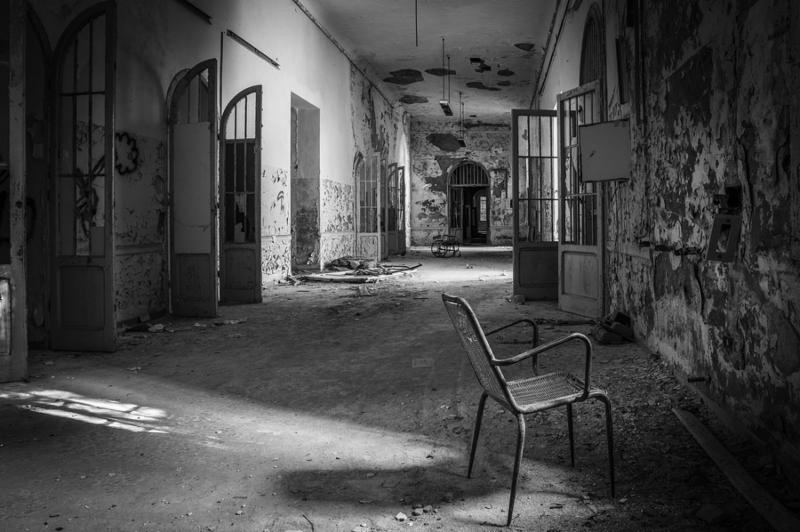 When $20.4 million in federal funding for mental health services in Florida expired recently, those tied directly to this tax-payer funded care began a predictable and loud outcry.
Stacey Cook-Hawk, CEO of Salus Care, a Mental Health and Addiction facility in Southwest Florida appeared on the “Gulf Coast Live” radio show. She used her temporary bully pulpit to her advantage, with a well-engineered tug on the shows host’s heart strings.
Five Year Old with Mood Disorder?
She emphasized the 800 children they would not be able to “serve”. She gave no details as to what Salus Care’s “service” consists of, but to those aware of psychiatry’s growing interest in drugging unhappy, unruly or overly creative kids, the implied psychiatric pharmaceutical treatment is obvious.
Cook-Hawk spoke of “children in crisis” from age 5 to 17 who are suicidal, depressed and have an “unmanaged mood disorder” who need a safe place to stabilize, see a psychiatrist and a treatment team. [i]
Many find her casual inference that a child barely out of diapers could have an “unmanaged mood disorder” either laughable, frightening or both. Does a 5 year-old need a psychiatrist, or a firm and loving parental hand? Fortunately, most parents have more sense than to turn their youngsters (of any age) over to the charlatans now posing as experts on “childhood disorders”.
Absolutely No Medical Tests for Mental Illness
In her interview, Cook-Hawk repeatedly referred to mental health issues as being no different than diabetes or high blood pressure.[ii] Perhaps Ms. Cook-Hawk is unaware that there are absolutely no medical tests whatsoever to diagnose a “mental disorder”, unlike pathological tests widely available and known for the illnesses she mentioned comparatively.
This comes directly from the website of NAMI, the National Alliance on Mental Health:
“Unlike diabetes or cancer there is no medical test that can provide a diagnosis of mental illness. A health care professional can do a number of things in an evaluation including a physical exam and long term monitoring to rule out any underlying medical conditions that may be causing symptoms.” [iii]
Perhaps Cook-Hawk has bought into the DSM psychiatric Bible propaganda, a tome loaded with descriptions of psychiatric disorders that are, despite their impressive sounding names, only creations that have been voted into existence by the psychiatric participants. A show of hands does not make an actual disorder true, much less an illness, despite the psychiatrists touching faith in their ability to make it so.
If actual medical illnesses and their treatment were merely voted on by physicians, an angry and disillusioned public would long ago have “strung up” the offenders and insisted on actual scientific studies and cures for those conditions.
Somehow, psychiatrists have practically hypnotized many into believing that they and they alone are capable of diagnosing without any biological tests whatsoever.
It is shameful that Ms. Cook-Hawk, for all her “do-gooder” appeal, is unable to cite a single test that validates her claim that mental illness is “no different” than any other physical illness.
Mental Health Stigma Created by Psychiatry
Another offensive topic promoted by Cook-Hawk is her insistence that mental health results in a “stigma” for the diagnosed. Where does that diagnosis come from? From whence does the stigma originate? Certainly not from that person’s family, friends or acquaintances.
Of course the stigma, label or “disorder” with which a child or adult is stuck comes solely from the offending psychiatrist. Many find it unbelievable that a psychiatrist can scan through a list of “symptoms” and, based on nothing more than opinion, choose a disorder he or she has decided fits. Unfortunately, a person saddled with such a label may carry it with him through life. He is indeed stigmatized…by psychiatry.
Promoting Category C Drug for Pregnant Mothers
Cook-Hawk is a big proponent for “helping” addicted pregnant mothers with doses of vivitrol, a category C drug.
No well-controlled studies have been done on humans, and nursing babies may have unwanted side effects, since this drug does pass into the breast milk. [iv]
However, Cook-Hawk is an advocate of “outreach programs” to encourage treatment with vivitrol. And she laments that the elimination of tax-payer funds to pay for vivitrol treatment will result in “babies being born addicted.”
Her reasoning is (to put it mildly) flawed.
Perhaps drugging the unborn (yes, vivotrol does cross the blood-placenta barrier) [v] is not particularly alarming to Cook-Hawk. After all, she is promoting psychiatric treatment for children as young as five. Her unconcern with the effects on a fetus of a schedule C drug is not much of a stretch.
Lawmakers must do their own Research
The moaning and crying of those in the mental health field is shameless. Unable to provide a service that is willingly paid for by the recipient, psychiatrists have no other recourse but government funding. When that is cut off, the loud outcry is a testament to their lack of actual ability to help those in need.
The citizens of Florida must stand firm in demanding that those in our state suffering from addiction are truly helped. There are drug-free programs that can change the course of addiction, and turn those trapped in the nightmare of drug abuse back into valuable, producing members of society.
There must be a demand that troubled children and adults have alternatives to psychiatric drugging available to them. Psychiatrists have said over and over that they are unable to cure mental illness. Perhaps we should at last listen to their words and pay attention to  the lack of results. Taxpayer dollars can be better spent. Lobbyists for psychiatric pharmaceuticals and other harmful psychiatric solutions should be ignored.
The addicted and troubled citizens of Florida deserve real help, not the barbaric drugging and confinement that passes for such in psychiatric circles.
When lawmakers research the actual results of the millions spent on psychiatric treatment, the need for alternatives to this so called “care” is self-evident.