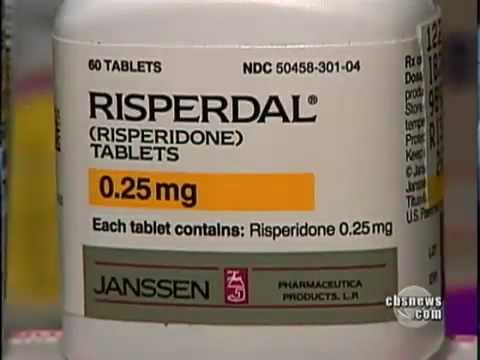 There are early symptoms of autism that parents are told to watch for in a baby or toddler. Some of them are:

The causes of autism are unclear, but some of the early symptoms of autism may be the result of a genetic disability or even the result of environmental factors. Since a diagnosis of autism is far more prevalent today than ever, some researchers feel it may be caused by environmental toxins. And young children or those medically predisposed to an inability to detoxify heavy metals and other environmental threats may be at greater risk of developing autism.
This is a mysterious disorder, without a completely understood cause. It has physical symptoms, some of which appear in very early childhood. There is evidence that the psychiatric drugs are the preferred treatment and that they produce more mental health symtpoms.  It is detrimental to the child that the mental health community would choose to go in this direction.
Risperdal is the top drug of choice to treat early symptoms of autism. This is an extremely dangerous drug with horrific and sometimes permanent side effects like breast growth in boys (Gynecomastia). There is no cure for this condition and the only medical handling for the breast growth is a mastectomy. One very young boy developed a breast on one side that began producing milk, and at the tender age of 4 had to undergo a disfiguring mastectomy.
Another permanent disability known to be caused by Risperdal and other antipsychotic medications is TD (Tardive Dyskinesia) which is a movement disorder that can cause involuntary, repetitive movements like lip smacking, uncontrolled eye blinking, grimacing and sometimes spasms in the legs and arms.
Risperdal has been known for years to create this disability, even though it was believed to be free of this side effect when psychiatrists first began prescribing it. In May of 2000 one victim of Risperdal-induced TD was awarded $6.7 million. The connection between this drug and Tardive Dyskinesia is undisputed.
Risperdal has other unpleasant and dangerous side effects such as:

The list goes on and on.
Psychiatric drugs introduce toxic poisons that can permanently injure a child. Early symptoms of autism are known to be treatable in natural ways, working with the body itself.
At the Autism Research Unit at the University of Sunderland, United Kingdom, studies have been done on dietary problems connected with autistic children. Their research has shown improvement in the early symptoms of autism after just 5 months of a casein and gluten-free diet.
The hypothesis of these researchers is that autism is caused by incomplete breakdown, as well as increased absorption of the proteins in both casein and gluten. They feel this has led to neurological processes that cause the autistic symptoms.
Dietary changes are a gentle way to work with the body, rather than introducing toxins into the young bodies of children who are already having a difficult time.
If the early symptoms of autism can be alleviated by simple dietary changes, it is worth a bit of research to help a child who is struggling with this puzzling disability.

← Schools Should Not Have Programs to Detect Mental Illness New Video: Elderly and Antipsychotics →