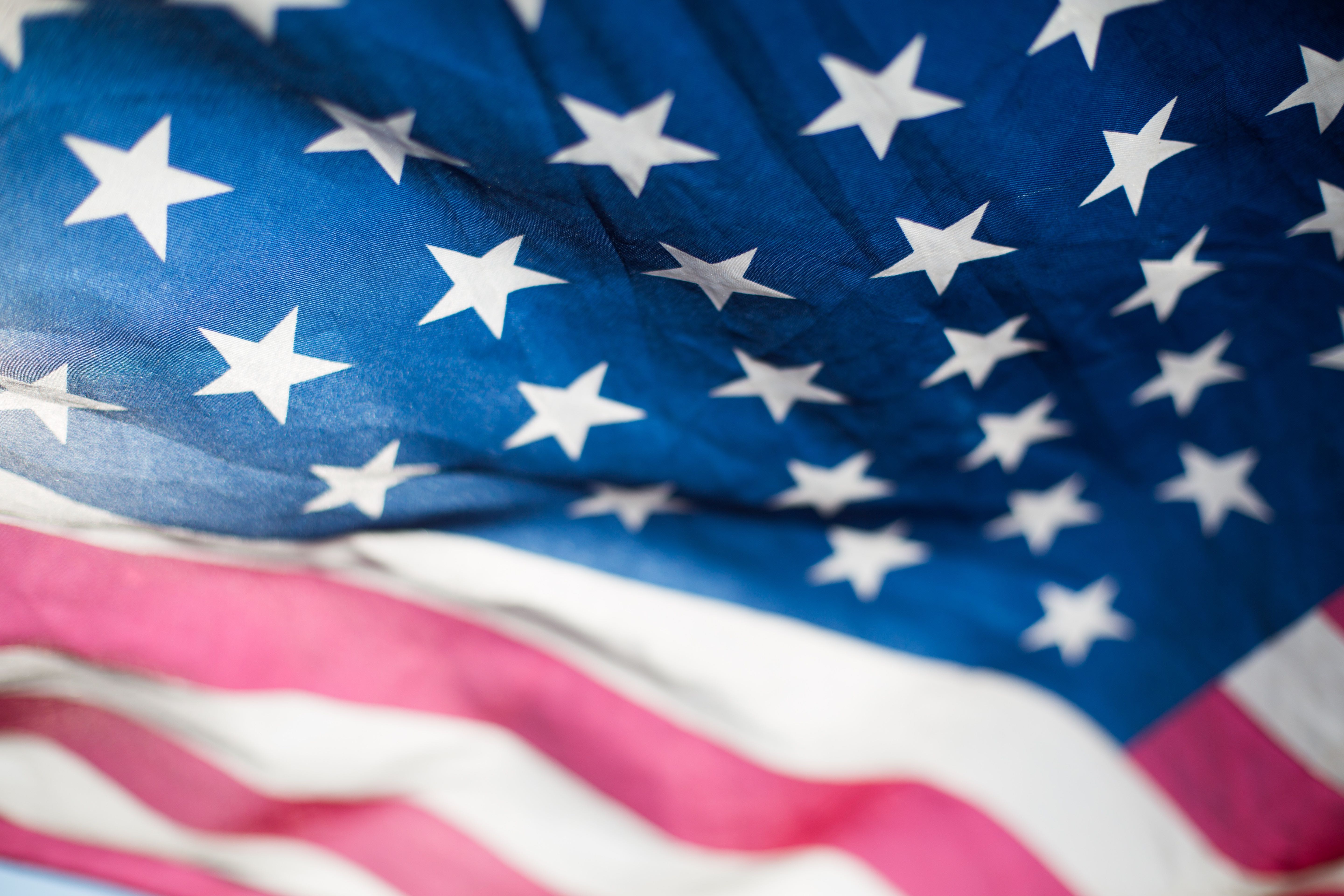 By Jan Eastgate,
President CCHR International
The Mental Health Industry Watchdog
June 26, 2019
Citizens Commission on Human Rights (CCHR) is concerned that President Trump is being misled about a nasal spray depression drug, esketamine (Spravato) being the answer to veteran suicides. The president offered to help Veterans Affairs secretary Robert Wilkie negotiate the price of the new drug with its manufacturer, Janssen, a subsidiary of Johnson & Johnson (J&J)—a company that has paid $2.2 billion in criminal and civil fines to the Department of Justice over questionable marketing and selling of its antipsychotic, risperidone, and other drugs off-label.[1] Such negotiations may do more harm than good.
For example, President Trump has declared the opioid crisis a public health emergency,[2] yet J&J is allegedly one of the companies that helped fuel this crisis.  Oklahoma Attorney General Mike Hunter claims in a current trial that J&J’s Janssen unit caused a health crisis under the public nuisance theory of law. A star witness in the trial, Dr. Andrew Kolodny, co-director of opioid policy research at the Heller School for Social Policy and Management at Brandeis University in Waltham, Massachusetts, told a state judge that J&J “pressed doctors to prescribe its painkillers even as the potentially fatal addictive threat posed by the drugs became clear more than a decade ago.”[3]
The President has been given the erroneous idea that the nasal spray may cause a drop in the suicides.[4]  However, the drug hasn’t been proven to reduce the risk of suicide and has other issues, according to a Bloomberg News report.[5]  In fact, there are reports of esketamine inducing “psychosis-like” effects.[6]
Esketamine carries with it potential serious risks because of its molecular similarity to ketamine, a “club” and “date rape” drug that can cause disassociation, meaning victims enter a state in which they feel as if their mind and body aren’t connected. [7]
Esketamine comes with a prominent warning: “Patients are at risk for dissociative or perceptual changes after administration” and it has the potential, like ketamine, to be abused.[8] The dissociation can include difficulty with judgment, attention and thinking.[9]  According to one scientific study, esketamine was associated with cognitive performance decline.[10]
CCHR applauds any White House and Congressional action to curb suicides among the military and veterans but says they are misled if they think that dosing the brain through a nasal spray is conducive to healing depression.  The idea that esketamine can treat depression is purely hypothetical,[11]essentially making veterans, already subjected to suicide-inducing antidepressants and electroshock treatment, virtual guinea pigs. In March 2019, the VA announced it would use the nasal spray for “treatment-resistant depression.”[12] 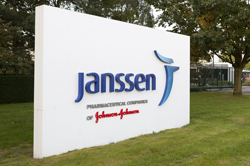 Dr. Jess Fiedorowicz, director of the Mood Disorders Center at the University of Iowa and a member of the FDA advisory committee that reviewed esketamine, described its benefit as “almost certainly exaggerated” after hearing the evidence.  He considered Janssen’s study design flawed.

Dr. Jess Fiedorowicz, director of the Mood Disorders Center at the University of Iowa and a member of the Food and Drug Administration (FDA) advisory committee that reviewed the drug, described its benefit as “almost certainly exaggerated” after hearing the evidence.  He considered Janssen’s study design flawed.[13]
Kaiser Health News (KHN) said Janssen presented no information about the safety of esketamine or long-term use, reporting: “The FDA approved it anyway, despite deep misgivings expressed at its day-long review meeting and in the agency’s own briefing materials, according to public recordings, documents and interviews with participants.”
KHN’s investigation has found:[14]

KHN reported: “Esketamine’s trajectory to approval shows — step by step — how drugmakers can take advantage of shortcuts in the FDA process with the agency’s blessing and maneuver through safety and efficacy reviews to bring a lucrative drug to market.”
Adding to the Opioid Crisis?
Esketamine is used in combination with oral antidepressants.[xvi] As stated, chemically, esketamine is very similar to ketamine, an anesthetic that was developed in the 1960s and was used to operate on soldiers during the Vietnam War. It’s also been used as an animal tranquilizer.[xvii] Additionally, Ketamine is used “off label” to treat depression as its alleged antidepressant effects are theorized to be from it activating opioid receptors.[18]
Three doctors—Marco A. Ramos, MD, PhD, J. Wesley Boyd, MD, PhD, and Michael D. Alpert, MD, the latter a psychiatrist and clinical faculty at Harvard Medical School—wrote a commentary on esketamine in Vice in May 2019, stating: “Because ordinary ketamine is generic, Johnson & Johnson simply isolated one of the two molecules in regular ketamine so that it qualified as ‘new.’  The reality is that we don’t know whether esketamine is more or less effective than regular ketamine because there have been no head-to-head trials between the two.[19]
“My concern about this [ketamine] compound is that it is a disguised form of opiates,” said Dr. Mark George, a professor of psychiatry, radiology and neurosciences at the Medical University of South Carolina. “I’m alarmed that there is pretty clear evidence [that] the way ketamine works is through the opioid system.”[20]
“In the wake of the opioid crisis, perhaps the biggest worry is that loosening the reins too much on the use of ketamine and similar drugs could lead to a new abuse crisis,” Bloomberg Business Week reported.[21] [Emphasis added]
“Club” and “Date Rape” Drug Link

Ketamine is known for its abuse potential as a “club drug.” Street users sometimes take doses large enough to enter what’s known as a “K hole,” a state in which they’re unable to interact with the world around them.[22]
Medical News Today reports that victims of ketamine “may lose consciousness or be confused and compliant. They might not remember what happened while under the influence of the drug. Unlike most other date rape drugs, ketamine acts almost immediately. A victim may not have time to realize they have been drugged.”[23]
David Olson, an assistant professor of chemistry, biochemistry and molecular medicine at the University of California, Davis, warns that ketamine-like drugs are “dirty,” meaning they likely hit a variety of targets in the brain.[24]
Add Brain Damaging Electroshock
Ketamine is also used as an anesthetic in electroshock treatment (ECT).[25] The VA reports hundreds of veterans are given electroshock every year.[26] ECT is said to be used for “treatment-resistant” depression, just as eskestimine is now being recommended. The numbers of vets being electroshocked do not include those being given it in private or non-contracting VA institutions. In 2008 there were at least 75 locations in the VA medical centers network that delivered electroshock.[27] By October 2015, this had almost doubled, with 140 of the VHA’s facilities—approximately 49 percent—delivering ECT to patients, on both an inpatient and outpatient basis.[28]
The FDA has never required ECT device manufacturers to produce Congressional-mandated pre-marketing applications (PMAs) with clinical trials to prove the safety and efficacy of the high-risk (Class III) ECT devices.  Instead, in December 2018, it reduced the classification to a lower risk of Class II, circumventing the PMA, despite thousands of submissions opposing this.[29]
In 2015, Dr. Matthew Rudorfer, an associate director at the National Institute of Mental Health (NIMH), who oversees grants for ECT research, told The New York Times that electroshock clinical trials would be “too expensive” for the ECT manufacturers.[30]
Rudorfer, a government official, wrote about ketamine and ECT in a commentary he made with a prolific ECT proponent, Charles Kellner and other psychiatrists, some of whom had a conflict of interest with an ECT device manufacturer.[31]
Rudorfer sat as a member of the FDA expert committee reviewing esketamine and voted to clear the drug, concluding that the “benefits outweighed the risks.”[32]
A History Worth Checking to Safeguard Veterans
The FDA is approving Janssen drugs and the VA is paying for them, despite the company’s controversial history, including paying out millions of dollars to settle lawsuits about its failure to warn that its antipsychotic, Risperdal, can cause gynecomastia (female breast growth) in young boys administered the drug.  One youth was awarded $70 million in damages after alleging Risperdal caused him to grow size 42D breasts.[33]