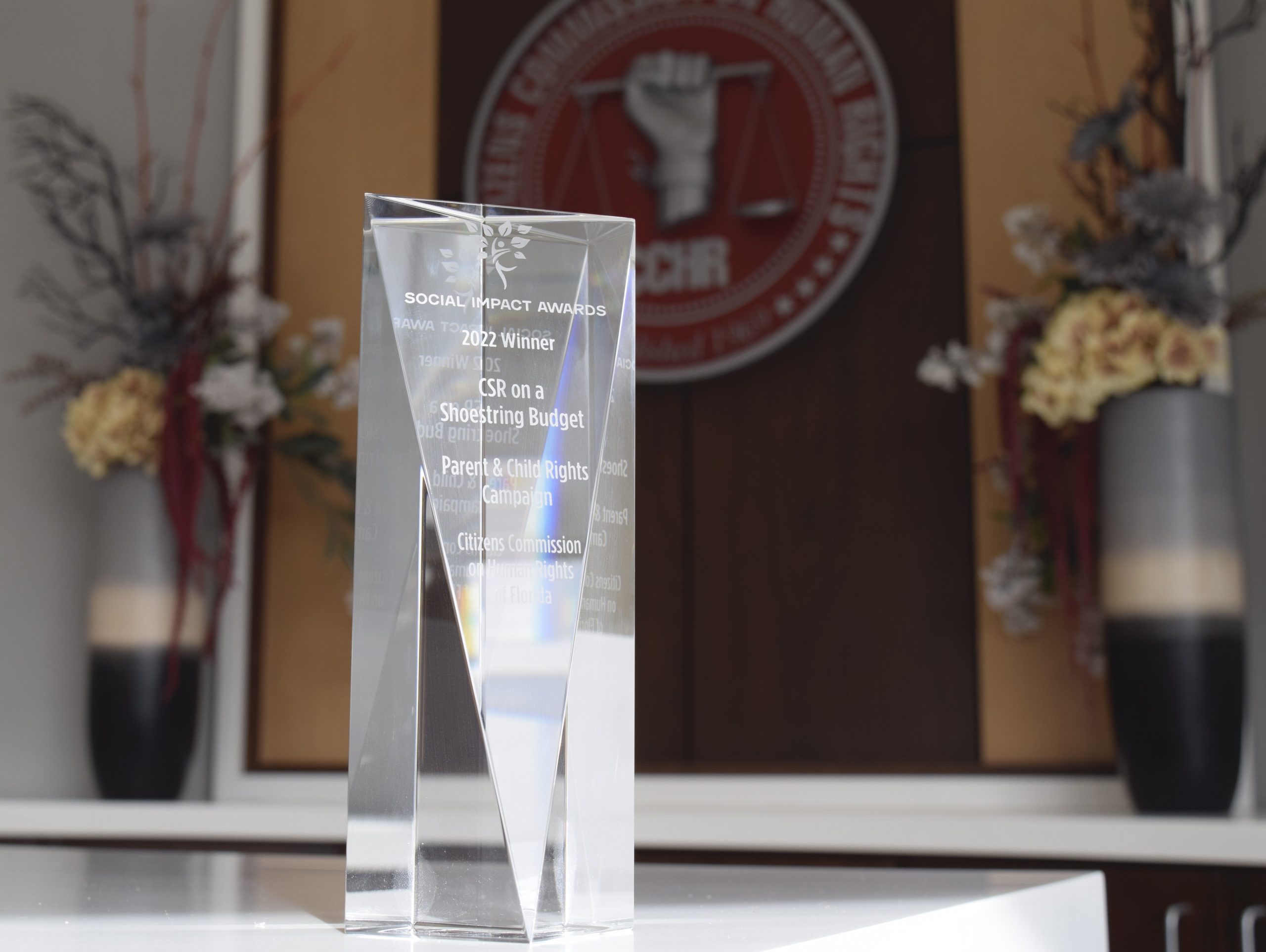 The international Social Impact Awards honor communicators who use their platforms to better their community and the global community at large. The Florida chapter of the Citizens Commission on Human Rights (CCHR) received the 2022 Social Impact Award for their work to defend parental rights and prevent children from being wrongfully institutionalized.

“The winners for this year’s Social Impact Awards are exemplary models of corporate social responsibility and diversity, equity and inclusion,” said Erika Bradbury, Editorial Director of PRNEWS and the host of the program. “Our honorees deserve to be recognized for their work in their respective communities, and it’s a privilege to recognize them for their commitments.” [1]

Among thousands of entries from around the world, CCHR Florida was first named as a Finalist and then was named as the Winner of the award in the area of corporate social responsibility during the presentation event and conference held at the Ritz-Carlton, Pentagon City in Washington DC on April 20th.

CCHR Florida received the award after they were able to use their media, social media and grassroots campaigns to reach tens of millions culminating in the passing of laws to protect the rights of parents across the state of Florida.

“The right of a parent to direct the mental health of their child is a fundamental right and one that is vitally important to a child’ future,” stated the president for CCHR Florida, Diane Stein.

Comprised of a vast network volunteers, CCHR Florida’s chapter worked to protect the rights of parents from having their children taken into custody for Involuntary psychiatric examination without parental knowledge. Called a Baker Act in Florida, the use of this mental health law is responsible for over 200,000 involuntary psychiatric examinations in 2018/2019 including more than 37,000 examinations of children with over 4,000 of these children under the age of 10. [2]

“The abusive use of coercive psychiatry is a human rights violation and when this atrocious practice is aimed at children it is unconscionable,” said Diane Stein.

Ms. Stein and the team at CCHR Florida partnered with strong, established organizations with similar goals to create a grass roots movement of families that, along with media stories exposing the abuse, placed enough pressure on Florida lawmakers that the Parents’ Bill of Rights was passed along with another stand-alone bill that prohibits children from being taken into custody without first notifying a parent, giving them the opportunity to help their child in a time of possible crisis.

CCHR FL first began exposing this situation and raising awareness on the need for change through events, social media, press releases and media stories. Next CCHR FL created a simple booklet – Parental Rights in Florida: A Guide for Parents – outlining parental rights along with webpages designed to educate families, policy makers and other groups on the situation and the solution. Once again, using press releases and social media, CCHR FL continued to raise awareness of this issue generating reach from other groups to join forces to create positive change.

“We were able to bring people together through a PR and social media campaign to have Florida families contact the members of the Florida Legislature. The success of this campaign showcased that a small group of well-intentioned people can effect meaningful change to better the community at large,” said Stein.

In total, their commutations campaign reached tens of millions in the state of Florida and resulted in positive legislation that carried out their goal of protecting families undergoing crisis from abuse in the mental health field.

Copies of the Parental Rights in Florida: A Guide for Parents can be acquired for free on CCHR FL website: www.cchrflorida.org.