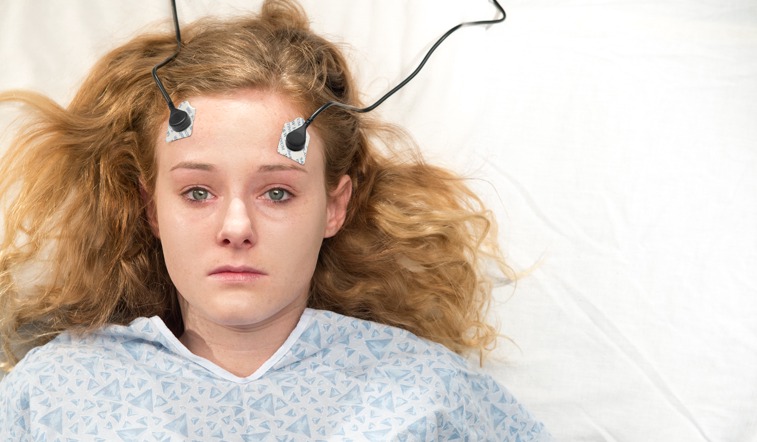 The mental health industry watchdog, Citizens Commission on Human Rights (CCHR) has been investigating what it says is harm in the name of “mental healthcare” for 50 years. Whether it is psychotropic drugs being linked to many mass shootings and stabbings, or the use of 460 volts of electricity sent through the brain to electroshock behavior, CCHR says the mental health system is based on a culture of violence, its treatments often brutal and damaging. “Electroshock treatment (ECT) inflicts brain damage that should constitute assault and battery,” Jan Eastgate, president of CCHR International, stated.

The group’s TruthAboutECT.org documents how the Food and Drug Administration (FDA) is complicit in this with its recent decision to omit brain damage as a side effect of ECT. “Without explanation, in an act of Orwellian Doublespeak, FDA simply removed and obscured this serious risk,” Eastgate said.

The American Psychiatric Association (APA) recommended brain damage be removed from the ECT consent form [1] and the FDA acted on this in a “Final Order” issued on ECT in December 2018.

Los Angeles attorney David Karen has represented consumers alleged to have experienced brain damage from an electroshock device owned by Somatics LLC. Karen wrote: “In October of 2018, in Riera v. Somatics, LLC, the United States District Court for the Central District of California ruled that there was sufficient evidence for a reasonable jury to find” that ECT “caused brain injury.” [2] Subsequently, Somatics settled the case and then posted on its website that ECT may cause permanent brain damage. [3]

Australian judge, the late Justice John Slattery determined that ECT without patients’ consent or after obtaining consent by use of fraud and deceit commits “a trespass to the person” and is “responsible for an assault on them.” [4] Eastgate worked with patients who were compensated for this assault through the former NSW Victims Compensation Tribunal.

Other court proceedings have determined brain damage. For example, Ms. Peggy Salters, who held a Master’s of Science in nursing and had a long career as a nurse, alleged that as the result of ECT in 2000, she lost all memories of the past 30 years of her life, including her nursing skills and the births of her three children. Psychologist Mary E. Shea presented extensive neuropsychological testing proving to the jury’s satisfaction that Salters suffered dementia due to ECT brain damage. [5] The case was found in Salter’s favor.

In March 2016, a coroner from Sunderland County in the UK heard that Elsie Tindle, 71, died after electroshock triggered an epileptic fit which caused irreparable brain damage, according to expert testimony from pathologist Dr. Nigel Cooper, who performed the post mortem on Tindle. The brain was starved of oxygen during the prolonged fit that ECT causes and after the third ECT session Tindle fell ill and died 25 days later. [6]

In 1983, Sydney Samant, M.D., a neurologist and electroencephalographer who measures electrical activity in different parts of the brain, was quoted in Clinical Psychiatry News saying, “Electroconvulsive therapy in effect may be defined as a controlled type of brain damage produced by electrical means.” [7]

A study that compared the brain scans of 101 “depressed” patients who had received ECT with the scans of 52 normal volunteers, found a significant relationship between ECT treatment and brain atrophy (shrinkage). [8]

The author of another study, “Shock treatment, brain damage, and memory loss: a neurological perspective,” published in The American Journal of Psychiatry,” concluded that ECT results in brain disease and questioned why doctors even offer brain damage to their patients. [9]

The Ontario Institute for Studies in Education in Canada published a paper on women being a target for ECT, saying that electroshock results in extensive cognitive and physical impairment. ECT “functions and is experienced as a form of assault and social control, not unlike wife battery,” the paper stated. “Although the medicalization camouflages the assault, overwhelmingly electroshock constitutes an assault….” [11]

Diane Stein, president of CCHR Florida, said, “Patients are prescribed mind-altering drugs that fail to alleviate their problems and then told that electroshock delivered while they are asleep, under anesthetic, will help. The FDA has never obtained clinical trials proving safety and efficacy. They erased brain damage from the ECT literature and, therefore, patients are now unwittingly consenting to an assault passed off as therapy.”

Nearly 100,000 people have signed CCHR’s online petition to ban electroshock. More are encouraged to sign this and also to report any incident of ECT damage to CCHR.
About CCHR: Initially established by the Church of Scientology and renowned psychiatrist Dr. Thomas Szasz in 1969, CCHR’s mission is to eradicate abuses committed under the guise of mental health and enact patient and consumer protections. L. Ron Hubbard, founder of Scientology, first brought psychiatric imprisonment to wide public notice: “Thousands and thousands are seized without process of law, every week, over the ‘free world’ tortured, castrated, killed. All in the name of ‘mental health,’” he wrote in March 1969. For more information visit www.cchrflorida.org