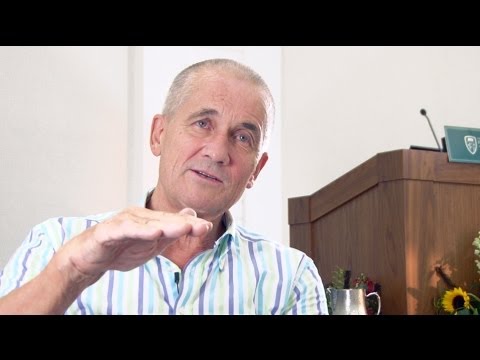 The truth about the actual business model of big pharma and psychiatrists has been researched and documented at a new level of detail by a well respected physician and scientist from Denmark.
Peter C Gøtzsche, is Professor of Clinical Research Design and Analysis, and Director, The Nordic Cochrane Centre, and Chief Physician, Rigshospitalet and the University of Copenhagen, Denmark.
In 1993, Dr. Gøtzsche co-founded The Cochrane Collaboration, (a world leader in the review of medical research data) and The Nordic Cochrane Centre, where he is Managing Director.
(The Cochrane Collaboration is a network of more than 31,000 researchers from over 120 countries, working to evaluate the effectiveness of health care practices; it grew out of frustration that the published literature could not be trusted as some of it is fraudulent)
His book entitled “Deadly Medicines and Organized Crime: How Big Pharma Has Corrupted Healthcare” won first prize in the Basis of Medicine category in the annual awards given by the British Medical Association.
Prescription drugs are the third leading cause of death after heart disease and cancer as reported by the BMA Journal, The Journal of AMA and Centers for Disease Control.
Dr. Gøtzsche comments on this fact in the introduction to his book.
“The main reason we take so many drugs is that drug companies don’t sell drugs, they sell lies about drugs. This is what makes drugs so different from anything else in life…Virtually everything we know about drugs is what the companies have chosen to tell us and our doctors…the reason patients trust their medicine is that they extrapolate the trust they have in their doctors into the medicines they prescribe. The patients don’t realize that, although their doctors may know a lot about diseases and human physiology and psychology, they know very, very little about drugs that hasn’t been carefully concocted and dressed up by the drug industry…If you don’t think the system is out of control, then please email me and explain why drugs are the third leading cause of death…If such a hugely lethal epidemic had been caused by a new bacterium or a virus, or even one hundredth of it, we would have done everything we could to get it under control.”
Dr. Gøtzsche is widely in demand as a speaker because he knows his facts in depth and can present his case in calm rational manner. He is speaking what amounts to undeniable truth.
He began with detective work and litigation, to dig up the unpublished data from drug trials. He found it sad that scientific studies were being used and abused for monetary gain and that tens of thousands of patients were killed because drug companies were cheating with their data.
He found the area of psychiatric drugs to be the worst at this deception regarding trial results of medicines. They hid deaths, suicide attempts and suicides amongst patients trying their drugs.
Given the number of actual deaths in clinical trials of Eli Lilly’s atypical antipsychotic Zyprexa, and the sales numbers for the drug, Dr. Gøtzsche believes that this one drug alone has caused 200,000 deaths!
He writes, “I investigated the 10 biggest pharmaceutical companies in the world and found out their business model fulfills the criteria for organized crime according to US law.”
Fraud, bribery and kickbacks are part of the model. The same crimes get repeated even when big pharma companies sign agreements with The US Dept. of Justice “neverto do it again.” They do it again, and again, because crime pays – the fines they pay are a tiny fraction of the money they make.
The question is how to deal with a medical specialty that lives on a lie.
A psychiatrist will say giving an antidepressant for depression is like giving insulin to a diabetic but this theory is dead wrong. Their theory says patients lack serotonin in their brain so a drug that increases serotonin should be good, but the correctly done and honest studies show there is no difference in serotonin levels in depressed patients versus other people.
Then, they say that drugs correct a chemical imbalance – its another lie – the drugs are creating a chemical imbalance which makes it hard to quit the drug after a few months.
If it were really true that psychiatric drugs correct imbalances in the brain, then we would see a decrease in people disabled mentally who must be on paid disability because they are mentally unable to work. Instead the number of these people has exploded since the drugs were introduced.
And, in 1987 before SSRIs came on market, very few children were mentally disabled in the USA. 20 years later there are 500,000 – more than a 35 times increase.
Dr. Gøtzsche states that most depressed patients recover by themselves in a few weeks. Psychiatrists say, “Well, we must give them the drugs to reduce the risk of suicide”
In fact up to the age of 40 the risk of suicide goes up on the drugs and the FDA agrees. The trial data on patients over 40 has been so falsified that it is likely suicide risk goes up for this age group as well.
In 2004, a 19 year old college girl volunteered to help pay her college tuition by testing an SSRI called Cymbalta. She was quite healthy and was screened and found to have no depression or suicidal tendencies. During the drug trial she hung herself in room right inside the Ely Lily lab in Indianapolis. The story was kept quiet and FDA did not make this public.
Dr. Gøtzsche has an entire chapter of his book on this topic with more examples of big pharma attempts to cover up suicide in trials and later during periods when the drug is being prescribed and sold.
Dr. Gøtzsche reasons that the drugs are so dangerous that doctors cannot handle them safely nor can the FDA – if they could, then prescription drugs would not be the third leading cause of death in the western world.
Here are some suggestions:

Dr. Gøtzsche will be on a speaking tour in Australia in February and intends to spread the truth about psychiatry and big pharma around the world.
He summarizes his position with these statements:
“How come we have allowed drug companies to lie so much, commit habitual crime and kill hundreds of thousands of patients, and yet we do nothing? Why don’t we put those responsible in jail? Why are many people still against allowing citizens to get access to all the raw data from all clinical trials and why are they against scrapping the whole system and only allow publicly employed academics to test drugs in patients, independently of the drug industry? … I also know that some drugs can be helpful sometimes for some patients. And I am not ‘antipsychiatry’ in any way. But my studies in this area lead me to a very uncomfortable conclusion:
Our citizens would be far better off if we removed all the psychotropic drugs from the market, as doctors are unable to handle them. It is inescapable that their availability creates more harm than good.”
15/01/dreams-quick-fix-gone-awry/
http://www.radcliffehealth.com/shop/deadly-medicines-and-organised-crime-how-big-pharma-has-corrupted-healthcare
https://mentalaz.wordpress.com/home/
https://www.youtube.com/watch?v=VIIQVll7DYY

← The End of Psychiatry: Drugging VS. Understanding Baker Act Is Harmful Not Helpful →