Anesthetic that Killed Michael Jackson Used as Experimental “Depression” Drug: CCHR Warns of Treatments That Can Induce, Not Prevent Suicide 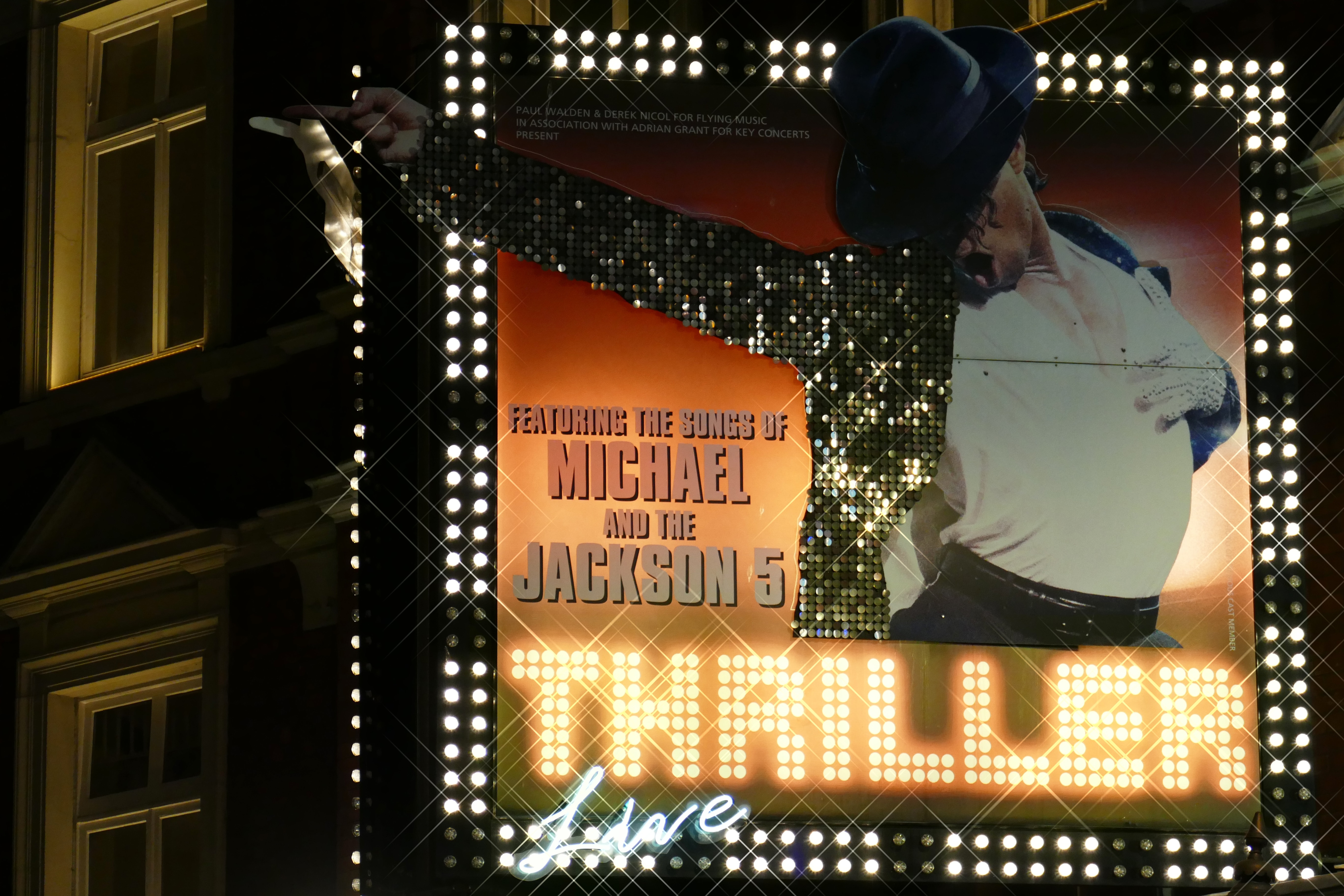 Jackson died 10 years ago, receiving a lethal dose of propofol that his doctor, Conrad Murry prescribed for insomnia. Murray was convicted of involuntary manslaughter in 2011.

Anesthetics that induce a loss of sensation and awareness are being used as experimental drugs to treat depression, with a recent study using propofol—the anesthetic that killed Michael Jackson. Mental health watchdog Citizens Commission on Human Rights (CCHR) says people in need of help are put at risk—including of suicide—by the treatments the Food and Drug Administration (FDA) approves and by mental health researchers and practitioners recommending them, including antidepressants and electroshock. The information given consumers should be investigated, especially when marketed as prescribed for “treatment resistance,” a term invented to explain away treatment failure, CCHR says, adding that the treatment may be the catalyst for suicide.
Jackson died 10 years ago, receiving a lethal dose of propofol that his doctor, Conrad Murry prescribed for insomnia.  Murray was convicted of involuntary manslaughter in 2011. [1]
In the depression study, only 10 subjects were used to claim “success,” measured by half maintaining “better moods for three months.” Arguably, the other half failed to experience this and none were cured. The researchers don’t know how propofol “works” for depression, but theorize it “may be triggering the brain to reorganize itself.” [2] However, depression, bipolar—all mental disorders—cannot be physically identified in the brain, not even at autopsy.
Propofol is claimed to have fewer side effects than brain stimulations such as electroshock treatment, which has side effects of “confusion and memory loss,” [3] brain damage and death. According to a review of propofol deaths published in the Journal of the Louisiana State Medical Society, “Propofol is a dangerous drug with an evident abuse potential which often results in fatalities.” [4]
The FDA and American Psychiatric Association claim the merits of electroshock over antidepressants or in combination, although there are no clinical trials proving ECT’s safety and efficacy. Serious adverse effects are minimized.
Charles Kellner, professor of psychiatry and director of ECT services at Icahn School of Medicine, Mount Sinai recently asserted in Psychiatric Times that adverse effects such as the cognitive damage from ECT isn’t a “safety” concern but, rather, a “tolerability” issue.
Astoundingly, he claimed that “refusing ECT because of concerns about memory loss is equivalent to refusing cancer chemotherapy because of concerns about hair loss.” His analogy is that after chemotherapy “most of the hair grows back” and with ECT, “most of the memories return.” Yet patients attest to permanent memory loss of important life events as a result of ECT—hardly a comparison to temporary hair loss.
Tests can confirm cancer—found in cell or tissue samples under a microscope and by imaging tests. There are no tests or imaging scans to confirm depression physically existing in the brain or body. Chemotherapy can prevent cancer cells from growing and spreading by destroying or stopping them from dividing.  Electroshock cannot prevent “depression cells” from spreading because they don’t exist.
ECT is not “life-saving” and could induce suicide:

The history of the approval and prescription of dangerous treatments for those labeled mentally disordered is one of abject failure, CCHR says.
Dr. Allen Francis, former head of APA’s fourth edition of its diagnostic manual, said, “We use terms like treatment-resistance and treatment-refractory, but this is merely an admission of our failure to have a solution….We persist in treatment, usually by giving whatever has failed previously in more dosage or by adding new treatments that have little chance of success, but a high risk of side effects.” [8]
CCHR has documented 36 FDA-approved drugs since the 1970s that were recalled due to adverse reactions. Of these, five were psychiatric drugs. Fourteen were linked to over 58,300 deaths.
Atypical antipsychotics have been linked to 15,000 deaths in nursing homes, according to congressional testimony. [9] A New England Journal of Medicine study found the rate of sudden cardiac death doubled for those taking atypical antipsychotics; there were three such deaths per year for every 1,000 patients taking them. [10] A study found that antidepressants were estimated to cause 10 to 44 deaths out of 1,000 people over a year. [11] Yet FDA has approved the use of antipsychotics as adjuncts to antidepressants—combining two potentially lethal drugs.
Jan Eastgate, international president of CCHR, urges consumers to be better informed of psychiatric treatments, warning they may be nothing more than physical and mental health assault—a terrible betrayal for people seeking help.
For more information on the adverse effects of psychiatric drugs, click here and sign CCHR’s Petition to Ban ECT here.
Sources:
[1] https://www.ncbi.nlm.nih.gov/pmc/articles/PMC6276046/
[2] “‘Michael Jackson drug’ still prompts curiosity from patients,” KTXS  12 ABC News, 22 June 2019, https://ktxs.com/news/nation-world/michael-jackson-drug-still-prompts-curiosity-from-patients
[3] Ibid.
[4] Diaz JH, Kaye AD, J La State Med Soc. 2017 Mar-Apr;169(2):28-32. Epub 2017 Apr 15. “Death by Propofol,” https://www.ncbi.nlm.nih.gov/pubmed/28414657
[5] Aisha Dow, “Grandfather forced to undergo ECT before ‘preventable’ death,” The Age, 18 Apr. 2018, https://www.theage.com.au/national/victoria/grandfather-forced-to-undergo-ect-before-preventable-death-20180418-p4zacy.html
[6] Dominic Gilbert, “Mental health service failure,” Eastern Daily Press, 18 Apr. 2018, https://www.edp24.co.uk/news/mental-health-failures-katherine-rought-rought-1-5480329
[7] John Read and Chelsea Arnold, “Is Electroconvulsive Therapy for Depression More Effective Than Placebo? A Systematic Review of Studies Since 2009,” Ethical Human Psychology and Psychiatry, Volume 19, Number 1, 2017, http://www.ingentaconnect.com/content/springer/ehpp/2017/00000019/00000001/art00002
[8] Allen J. Frances, M.D., “What to Do When Treatment Doesn’t Work,” Psychology Today, 29 Jul. 2016, https://www.psychologytoday.com/us/blog/saving-normal/201607/what-do-when-treatment-doesnt-work
[9] Martha Rosenberg, “The Most Popular Drug in America Is an Antipsychotic and No One Really Knows How It Works,” Alternet, 13 Nov 2014, http://www.alternet.org/most-popular-drug-america-antipsychotic-and-no-one-really-knows-how-it-works; http://www.lifeextension.com/magazine/2012/10/the-fda-exposed-an-interview-with-dr-david-graham/page-01 David Graham’s testimony was before Congress in November 2004.
[10] “DoD cracks down on off-label drug use,” Military Times, 29 Mar. 2013.
https://www.militarytimes.com/2013/03/29/dod-cracks-down-on-off-label-drug-use/
[11] Paul Andrews, “Things Your Doctor Should Tell You About Antidepressants,” Mad in America: Science, Psychiatry and Community, 12 Sept. 2012, http://www.madinamerica.com/2012/09/things-your-doctor-should-tell-you-about-antidepressants/; https://www.psychiatrictimes.com/major-depressive-disorder/evidence-grows-value-antipsychotics-antidepressant-adjuncts