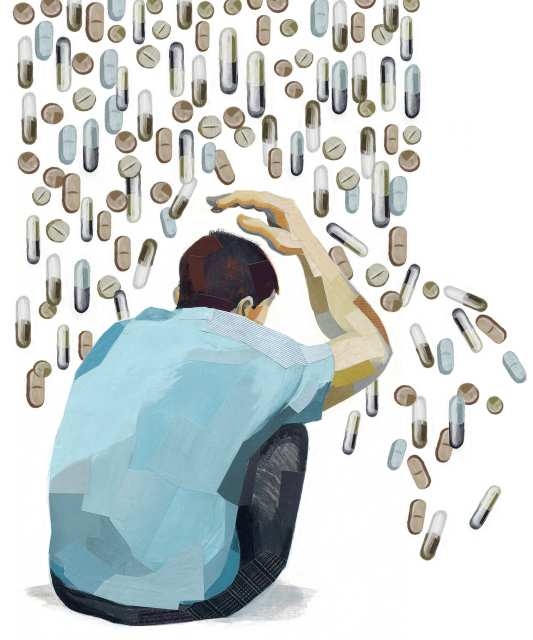 Americans use more antidepressants that any of the 25 countries reviewed by the Organization for Economic Cooperation and Development.

According to the Florida Medical Examiners Annual Report for 2016, drug related deaths increased in the state by 22% over 2015 and 5,725 of the deaths investigated were opioid-related deaths. That opioid use and abuse has become an epidemic in Florida and across the country is known, Florida recently joined Nevada, Texas, North Carolina, North Dakota and Tennessee in lawsuits against major opioid manufacturers whose products have sparked the opioid crisis and cost many billions of dollars in health costs and countless personal tragedies. [1]
However opioids are just a symptom of a bigger problem, a nationwide prescription drug epidemic warns the Citizens Commission on Human Rights (CCHR), a non-profit mental health watchdog dedicated to the eradication of abuses committed under the guise of mental health.
In 2016 Florida medical examiners investigated 27,383 deaths and the toxicology reports from these investigations revealed that drugs were present in 11,910 of these deaths. This report goes on to break down what drugs were found and if the drugs found were simply present or the actual cause of death.
When compared to 2015 it was determined that 24% more people were found to have one or more prescription drug in their system at the time of death and that 40% more Floridians died with at least one prescription drug in their system that was identified as the cause of death.
“It was shocking to learn that the five most frequently occurring drugs found in these examinations were alcohol, benzodiazepines, cocaine, cannabinoids and morphine,” said Diane Stein, President of the Florida chapter of CCHR. “Benzodiazepines are addictive psychiatric drugs with dangerous side effects such as suicide and they were the cause of 1,421 deaths compared to oxycodone which was the cause in 723 deaths.” [2]
CCHR warns that recent information from the health research firm Quintile IMS, reporting that the number of prescriptions for adults and children rose 85 percent between 1997 and 2016 in America, from 2.4 billion to 4.5 billion a year, demonstrates that the reliance on prescription drugs by the medical and psychiatric professions is the real epidemic and that simply targeting opioids will not solve this deadly problem.[3]
“As an example, Americans use more antidepressants that any of the 25 countries reviewed by the Organization for Economic Cooperation and Development. We are not just talking about opioids here we are talking about psychiatric drugs,” said Stein. “An investigation into the rampant prescription of mind altering drugs is long overdue.” [4]
To learn more about the drugging of America, please contact CCHR at 1-800-782-2878.
Sources:
[1] Pam Bondi files lawsuit against opioid makers and distributors http://www.tampabay.com/florida-politics/buzz/2018/05/15/pam-bondi-files-lawsuit-against-five-large-manufacturers-of-opioids/
[2] Oral Benzodiazepines Names, Side Effects, and Addiction
https://www.medicinenet.com/benzodiazepines_sleep-inducing-oral/article.htm#is_it_ok_to_drink_alcohol_or_take_similar_drugs_to_benzodiazepines_together_(drug_interactions)?
[3] Americans Taking More Prescription Drugs Than Ever
https://www.webmd.com/drug-medication/news/20170803/americans-taking-more-prescription-drugs-than-ever-survey
[4] Something startling is going on with antidepressant use around the world
http://www.businessinsider.com/countries-largest-antidepressant-drug-users-2016-2