School Kids in Handcuffs- CCHR Florida "is all over the case" 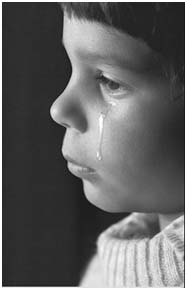 April 26 (Bloomberg Businessweek) — Another week, another tot gets his rights violated. A few days before Easter police in Maspeth, New York, handcuffed a first grader who had a temper tantrum after coloring an egg at school.

“I want those cops to say sorry to me and the principal for calling the ambulance on me and handcuffing me,” the 7-year old later told a TV station, about the time his mother retained a lawyer.

In Shreveport, Louisiana, the American Civil Liberties Union is looking into the case of a sixth-grader handcuffed in the principal’s office. Last year authorities in Port St. Lucie, Florida, sent a 6-year-old girl to a mental-health facility after the 40-pound child acted up. The Citizens Commission on Human Rights in Florida is all over the case.

This looks like yet more evidence that the U.S. is becoming the creepy militaristic state that the anti-body scan, Guantanamo-obsessed crowd warn about.

But there’s something awry in these school scenes. Child. Tantrum. Principal. Police. Mom. Civil Rights. Lawyer. Lawsuit. There are a lot of players in such scenarios, but someone is missing. It’s the one person who has dedicated years of training to help a freaked-out child through a difficult moment without creating a federal case: the teacher

To read the article in full, click here: http://www.businessweek.com/news/2011-04-25/school-kids-in-handcuffs-reveal-teacher-bondage-amity-shlaes.html