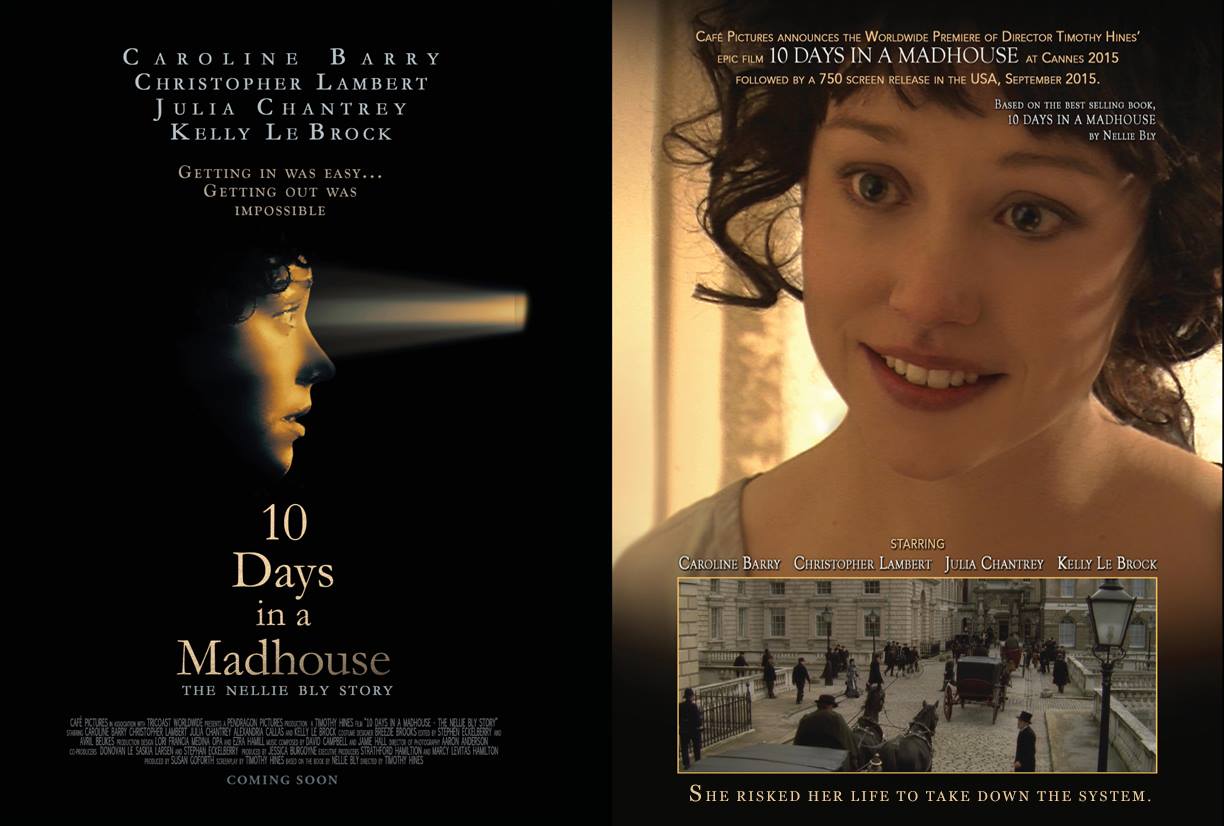 Nellie Bly risked her life when she feigned insanity and had herself committed to a New York mental institution in 1887. She was a reporter, and her purpose was to expose the true conditions, including brutality and murder, that reigned in Blackwell’s Island Asylum.
The conditions at Blackwell’s Island were much worse than even Nellie expected. She wrote of “oblivious doctors” and “coarse, massive” orderlies who “choked, beat and harassed” patients, and “expectorated tobacco juice about on the floor in a manner more skillful than charming.”
She also came across institutionalized women who spoke little or no English, and were committed simply because their English prevented them from being understood.
Ms. Bly tells how her fellow inmates were made to sit from 6 a.m. to 8 p.m. on straight backed benches, not allowed to talk or move for the entire time. The women were not given reading materials, nor were they told anything of the world at large.
The nurses on a whim could savagely beat any woman, even the elderly or ill. Nellie describes one patient whose hair was pulled out by the roots and internally injured by severe beatings.
Sadistic behavior on the part of the orderlies, guards and nurses was the order of the day. Women were forced to take drugs that made them dreadfully thirsty, and then refused even a drop of water to relieve their anguish.
This is how Ms. Bly described her personal experience with being manhandled into an ice cold bath, thick with the grime of the dozens of bathers preceding her.
“My teeth chattered and my limbs were goose-fleshed and blue with cold. Suddenly I got, one after the other, three buckets of water over my head – ice-cold water, too – into my eyes, my ears, my nose and my mouth. I think I experienced the sensation of a drowning person as they dragged me, gasping, shivering and quaking, from the tub. For once I did look insane.”
Nellie writes of an elderly blind woman, who was begging go home. She was lightly clothed, just like the rest of the inmates, despite the freezing temperatures in the asylum. She was brought into the sitting room and made to sit on a hard bench with the rest of the women.
The old woman cried, “Oh, what are you doing with me? I am cold, so cold. Why can’t I stay in bed or have a shawl?” When she attempted to feel her way to leave the room, the attendants forced her back to the bench, laughing at her as she attempted to leave yet again, bumping against the table and benches in her blindness.
The doctors paid little attention to their patients, and refused to listen to any who tried to plead their sanity.
At one point, Nellie said to one of the doctors, “You have no right to keep sane people here. I am sane, have always been so and I must insist on a thorough examination or be released. Several of the women here are also sane. Why can’t they be free?
“They are insane and suffering from delusions.”
Nellie was released through the actions of an attorney after 10 days, and her subsequent expose of the asylum resulted in a larger appropriation to improve the conditions of mentally ill patients in New York city. Blackwell’s Island Asylum, not surprisingly, was shut down.
Unfortunately, the closing of Blackwell’s did nothing to prevent the sadistic march of psychiatry through the following century and a quarter. Nellie Bly’s story of a Victorian madhouse was only a precursor of atrocities to come.
SOURCES:
http://digital.library.upenn.edu/women/bly/madhouse/madhouse.html
http://mentalfloss.com/article/29734/ten-days-madhouse-woman-who-got-herself-committed