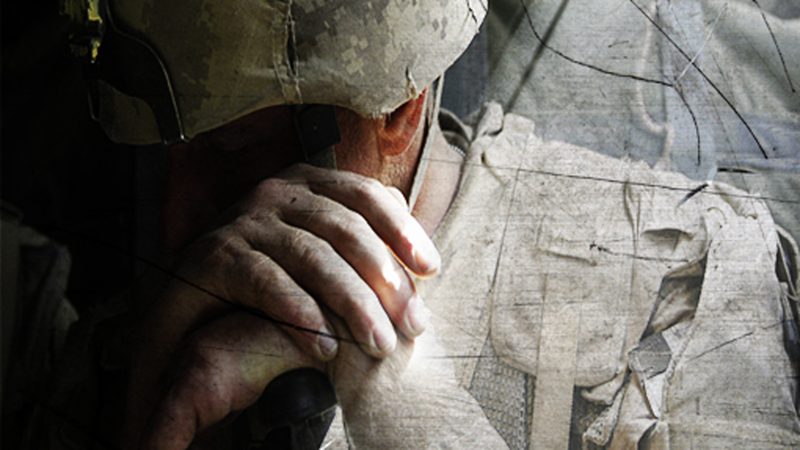 The Citizens Commission on Human Rights (CCHR), a non-profit mental health watchdog, is calling for an investigation into suicide-inducing psychotropic drugs and electroshock following a recent report showing that the suicide rate of veterans aged 18 to 34 jumped more than 10 percent between 2015 and 2016.

The Veteran Affairs Administration (VA) reports that the suicide rate of veterans aged 18 to 34 jumped more than 10 percent between 2015 and 2016—the most recent figures—after a steady increase since 2006. Nearly 60 percent of veteran suicide was by individuals aged 55 or older. [1] Mental health watchdog, Citizens Commission on Human Rights (CCHR) says the VA and military agencies are not looking at the damage psychotropic drugs and electroshock treatment can contribute to suicide. CCHR says that suicide-inducing psychotropic drugs and electroshock should be investigated for their potential role in suicides and violence. The group’s investigations found that since 2008, the VA has spent more than $1 million on electroshock devices and related parts, despite the manufacturers never having provided clinical trials proving safety and efficacy.

A Freedom of Information Act (FOIA) request filed by CCHR with the VA reveals that between 2012 and 2016, an average of 950 veterans received around 11,323 electroshocks. In those veterans aged 55 to 64, 1,459 vets received electroconvulsive therapy (ECT)— the passage of up to 460 volts of electricity through the brain causing a grand mal seizure. Another 975 aged 65 to 74 were also administered the damaging procedure. In those younger than 25, and up to the age of 34, there were 415 who had received ECT. [2]

CCHR’s investigation also shows that since 2008, the VA has purchased dozens of ECT devices at a cost of over $1.1 million, of which about 40 were bought since the Food and Drug Administration (FDA) held a public hearing into ECT in January 2011 that recommended the ECT device remain in a high-risk classification, requiring a clinical trial proving safety and efficacy. Jan Eastgate, international president of CCHR, said, “Since the 1970s, Congress has mandated that the FDA ensure all such Class II high-risk medical devices have their safety clinically proven. The 2011 FDA hearing reinforced the need for safety and efficacy clinical trials. Yet FDA has failed to do this and is now also putting veterans at risk.”

According to the recent VA report, approximately 20 veterans a day take their own lives, and veterans accounted for 14 percent of all adult suicide deaths in the U.S. in 2016, even though only 8 percent of the country’s population has served in the military. This same report reveals that veterans are more than twice as likely to die by suicide as non-veterans. [3] The VA doesn’t specify how many of those committing suicide had been taking violence and suicide inducing psychotropic drugs or who had undergone ECT leading up to their suicide. Adds Eastgate, “Nor does it discuss the apparent whopping failure of the mental health system to effectively deal with the special needs of returning vets, despite a VA mental health budget that has soared more than 55% between 2011 and 2018, from $5.2 billion to more than $8.1 billion.” [4]

In a 2014 submission that CCHR filed with the U.S. Senate VA Committee, it reported that there were almost 50 international drug regulatory agency warnings about psychiatric drugs causing suicidal ideation. Between 2005 and 2011, the military increased its prescriptions of psychoactive drugs (antipsychotics, sedatives, stimulants and mood stabilizers) by almost 700 percent. [5]

Antidepressants carry an FDA “black-box” warning of “suicidality” for those younger than 25, yet these drugs are prescribed to this age group in the military. While 41 percent of deployed American soldiers are aged 18-24, CCHR asks, of those, how many attempted or committed suicide while prescribed antidepressants. [6] Since 2001, the VA and Department of Defense (DoD) also spent over $790 million on one antipsychotic, risperidone. Yet in 2011, the VA reported that the drug was no more effective in treating combat stress than a placebo. [7]

The DoD Navy division also paid more than $47,600 in ECT device purchases from two U.S. manufacturers, while the Army spent around $44,700.

Tricare, the DoD’s health insurance coverage, reports that between 2010 and 2016, an average of 745 military personnel or their family members were given an average of 12,147 electroshocks each year. Astoundingly, this included 12 children aged five or younger. [8]

The VA ECT guidelines undermine the potential serious risks ECT causes, including long-term memory loss, cognitive dysfunction and brain damage, CCHR says. The guidelines point only to “some risks,” such as “memory loss,” and make the claim that ECT could help prevent suicide in depression. [9]

However, a 2010 review of ECT studies found: “There are no placebo-controlled studies evaluating the hypothesis that ECT prevents suicide, and no robust evidence from other kinds of studies to support the hypothesis.” And, in a follow-up 2017 review of 91 studies on ECT since 2010, researchers, John Read, Ph.D., School of Psychology, University of East London, and Chelsea Arnold, School of Psychology, Swinburne University of Technology, Melbourne, Victoria, Australia, concluded: “Given the well-documented high risk of persistent memory dysfunction, the cost-benefit analysis for ECT remains so poor that its use cannot be scientifically, or ethically, justified.” [10]

Following the wars in Iraq and Afghanistan, the number of veterans in the U.S. in 2015 was over 18.8 million. Although physical disabilities as a result of injuries while at war are more obvious to the public, around two-thirds of patients of the VA Administration were labeled with some form of mental health issue requiring treatment. [11]

But Dr. Bart Billings, Ph.D., a former military psychologist and author of Invisible Scars: How to Treat Combat Stress and PTSD without Medication, said a surge of psychotropic prescriptions since 2005 “coincides with the gradual increase, to this day, of suicides in the military. I feel there’s a direct relationship,” he told CNS News. [12] “Mental health cannot be achieved when one is given mind-altering drugs that directly interfere with their cognitive functioning, resulting in them being mentally incapable and, also in many situations, interfering with them meeting their basic human needs to survive,” he added. [13] He’s especially concerned about ECT when some patients may already be suffering from brain injuries from combat duty. “I feel any treatment that destroys healthy brain cells, which ECT does, should be seen as criminal abuse,” he said. [14]

CCHR says Congress should investigate the DoD and VA’s purchase of the ECT devices and the failure of ECT, psychotropic drugs and a multi-billion dollar veteran mental health system that appears to be doing more damage than good. Those concerned, can sign CCHR’s online petition.